Headlines like this: “Isis Destroys Historic Christian and Muslim Shrines in Northern Iraq,” bring outrage and condemnation from people and governments around the world. Rightly so, that there is outrage over the destruction of these historic religious buildings, yet we all know that the church is not the buildings but the people. Many of us learned this at a young age from the children’s rhyme: “Here’s the church, and here’s the steeple Open the door and see all the people.” Shouldn’t we all have as much outrage when each of us destroys the temple of God? 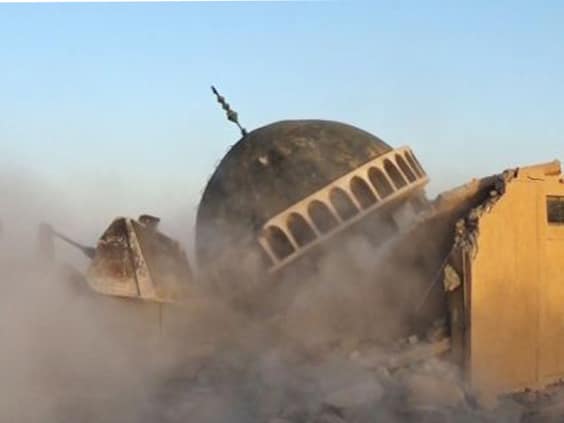 In a powerful talk given during a three day Cursillo weekend and in other movements with weekends like Cursillo we hear these words: “I am the church, you are the church, we are the church.” The reality is we are more than just a symbolic church; we truly are temples of God. From the time of creation we see that as human beings, we were inspired by God. We derive the word inspire from the Latin inspirare which means to breathe or blow into. “Inspiare” had a divine meaning because it meant the breath of God was blown into us. Thus from the beginning of man, God dwelled in us.

Gen. 2:7 “Then the LORD God formed the man out of the dust of the ground and blew into his nostrils the breath of life, and the man became a living being.” 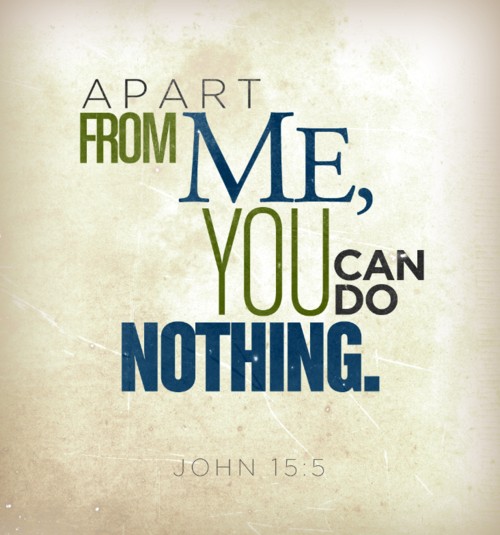 How many times does God need to repeat something to get us to pay attention? During this past Sunday’s mass the Gospel reading was from John 15:1-8. In that reading I noticed that Jesus not once, not twice, but three times stated that He remains in us. It struck me then to write about that promise in today’s 4thdayletter. As I did my preparation I also saw this again in John 14:23

when Jesus says: “Jesus answered and said to him, “Whoever loves me will keep my word, and my Father will love him, and we will come to him and make our dwelling with him.”

As I continued my research, I observed that once again in 1 Corr. 3:16-17 we are told God dwells in us but this time it comes with an ominous warning: “Do you not know that you are the temple of God, and that the Spirit of God dwells in you? If anyone destroys God’s temple, God will destroy that person; for the temple of God, which you are, is holy.”

In order to avoid having God destroy us it seems to me that we need to be careful not to destroy the temple in which He resides. If we want God todwell in us, the story of the vine and the branches tells us that we must remain in Him. 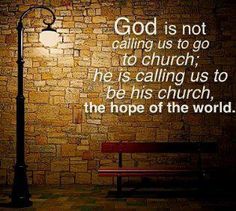 To add emphasis he again stated: “To remain in Jesus, and this is the hardest of all, means to do what Jesus did.” He further explained that it meant: “To have the same attitude as Jesus.” These are big challenges for us. We are told that we are the branches and unless we remain attached to the vine of Christ Jesus we will wither and die. We are told that apart from Him we can do nothing.

My dear friends as disciples of Jesus we are called to bear fruit in the kingdom. We know we must take the message of God’s love and mercy to others. In order for us to remain steadfast in our efforts to fulfill our calling we must remain attached to God through prayer, through the sacramentsand through reading the words of scriptures.

Jesus tells us that we will remain in His love if we keep His commandments. Does this mean that we will cease to be sinners? Sadly, due to our fallen nature, we will always have to contend with sin in our lives. The good news is that even though we are all sinners, we are able to bear fruit to the extent that we remain united to Jesus like the branches are to the vine. As I have written about often, by His grace we can be “wounded healers” to others. 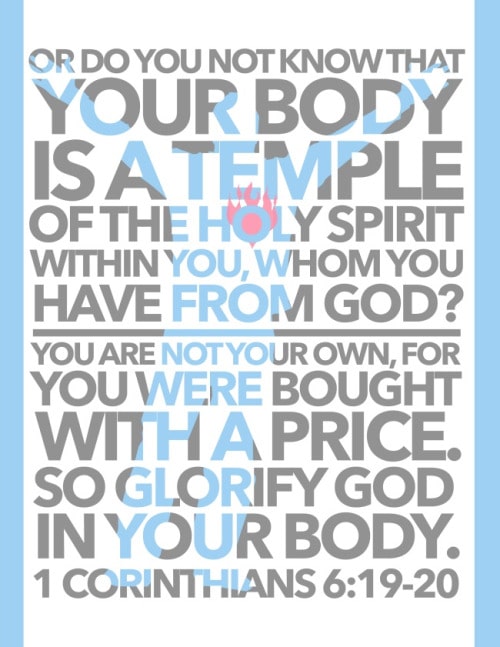 As was mentioned above there are many ways that we can detach ourselves from the vine. One of the more prevalent ways today is seen in sexual immorality. Sexual immorality seems to be all around us these days. While there may not be a clear ranking of one sin being worse than another in the Bible we can see that through immoral actions we can defile the temple of God. In 1 Cor. 6: 15 we read this: “Do you not know that your bodies are members of Christ? Shall I then take Christ’s members and make them the members of a prostitute?” Reading on a littler further in verse 18: “Avoid immorality. Every other sin a person commits is outside the body, but the immoral person sins against his own body.” One of the easiest ways Christians slip into immorality today, is by viewing pornography. Is this an sin you struggle with?

Chapter 6 of First Corinthians in verse 20 really sums up my thoughts for today. It states: “For you have been purchased at a price. Therefore, glorify God in your body.” We all know Jesus died on the cross because He loves us so much that He willingly paid the price for our sins. Now He desires to dwell in us. Because the Son of the Living God chooses to make our bodies His abode, His temple, we must not destroy them in the same fashion as ISIS is destroying the churches of the Middle East. Have we become the spiritual terrorists of our own bodies? 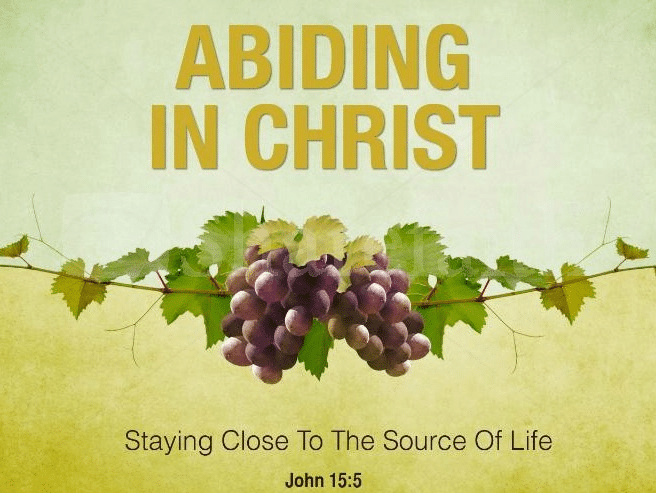 Ask yourself these questions today:

If we detach ourselves from Jesus and if we don’t remain in Him, we are Christians in word only, but not in life. But if we remain in Him, He will bear much fruit through us.

Latest posts by Brian Pusateri (see all)
← Peace Be With YouIs God Speaking To You? →