Jesus began His public ministry by calling His followers to repent and believe. Just three short years later, upon a cross as He breathed His last breath, He paid the price for all of those times we fell short of His first calling. His call to repent and be changed and His death on a cross have a huge meaning in our personal lives and today they have a special and symbolic meaning for 4th Day Letters and Broken Door Ministries.

I am so excited to tell you about the UNVEILING of the new and improved format for 4th Day Letters. But first let’s look at the need for an unveiling in our own life.

“This is the time of fulfillment. The kingdom of God is at hand. Repent, and believe in the gospel.” Mark 1:15 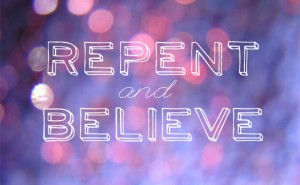 At the hour of Jesus’ death our sins were nailed to the cross with Him but something else happened too- the veil of the sanctuary was torn open. “And behold, the veil of the sanctuary was torn in two from top to bottom. The earth quaked, rocks were split, tombs were opened, and the bodies of many saints who had fallen asleep were raised.”  Matthew 27:51-52

We know that Jesus’ death paid the price for our sins but unfortunately most of us still have recurring sin and hidden brokenness in our life and we just can’t seem to let go of it. Is our brokenness hidden behind a veil? Maybe during this Easter Season it is time for us to tear our own veil in two, and allow others to see us as we really are; people with wounds, sin and brokenness in our life. When our veil is opened, and the light of Christ is allowed to shine into the darkness, true healing can finally begin. 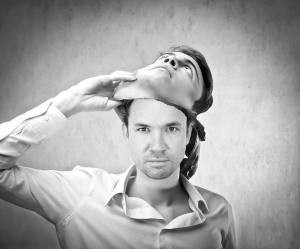 Speaking of being broken, this past week I read the story of the beggar sitting at the gate in Acts 3:1-10. This man was wounded by life itself. His pain was real. Day after day he sat there, brought low by his illness, and forced to beg for help just to stay alive. Maybe we are all beggars in our own right. Although our wounded condition might not be a contorted body, we can still be brought low by the issues in our life.

What happened next is critically important. The beggar was not healed by Peter, but rather, he was healed by Jesus through Peter. God often chooses to manifest Himself through one person, in order to heal the wounds in another person.

“Then Peter took him by the right hand and raised him up, and immediately his feet and ankles grew strong. He leaped up, stood, and walked around, and went into the temple with them, walking and jumping and praising God.” Acts 3:7-8

The beggar had an advantage over us. You see, everyone could see his plight. It was easy for Peter to spot the man’s difficult situation. In a sense, you could say that this man’s brokenness was unveiled and easy to see. Peter might have walked right by the man if his broken condition was not so readily apparent.

Is God putting other people in our life each day so that through them He can heal us of our wounded and broken condition? This brings up a few more questions. If we keep our wounded, sinful and broken conditioned well veiled will anyone even recognize that we need help? If they do recognize our need for help, will our pride or shame prevent us from allowing them to be Christ to us?  Can we become like the beggar and allow others to see us as we are? This is why as Christians we have been called to live out our life in Christian community in the first place. Christ works through others if we allow Him to.

It is okay to admit we have struggles. We are not alone. Other people have struggles too. Jesus can heal the wounds that no one else can, but this healing often comes about when we encounter Christ in others. We never know on any given day who Christ might work through to reach us. I am sure the beggar was not expecting a healing from Peter but he still received one.

There is a correlated point here. Peter, like us, was also a broken man. He had not only denied Christ but he also struggled with his impetuous temper. Despite these short comings, God chose him as the rock on which the church was to be founded and He worked miracles through Peter even though he was a broken man. He might be ready to work a miracle in someone’s life through us today if we will just give Him a chance.

Today as we open the veil on the new combined Broken Door Ministries/ 4th Day Letter website, I am encouraging you to begin your own unveiling so that your healing and new change can begin.

I am so excited about our all new 4th Day Letter format which allows you to share your comments not only with me but with other readers. I highly encourage you to share your thoughts each week about what I have written.

Another new feature is the ability to find past 4th Day Letters easier than before. You can search by date or topic now. Additionally, a big change is the ease of inviting me to come and speak at your church or Christian gathering. Finally, you can now order the book, THE BROKEN DOOR, right here on our website. Let me know how you like the changes by sending me an email. 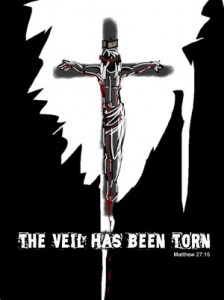 Perhaps today can be an unveiling not only for the website but for each one of us. May God bless you all!

Dear Heavenly Father, on the day of your Son’s death when the curtain in the temple was torn in two, the earth quaked, rocks were split, and tombs were opened. Help me this day to tear open the curtains that I hide behind in my life, split my rocky heart and open any tomb that I have created whereby I am dead to your love and healing grace, amen.