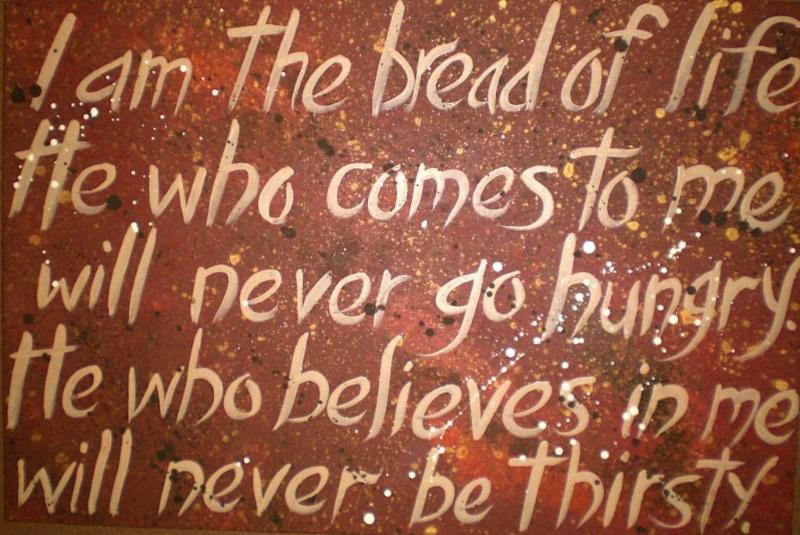 There Jesus stood having just given what is sometimes referred to as the “Bread of Life Discourse” in John 6:22-71. Many of His followers had just walked away. This is the same crowd of people who had just been fed when Jesus performed the miracle of the multiplication of the loaves and fishes. These people had already witnessed one miracle, and if they had been following Him long they most likely had witnessed many miracles. Now, here they were, having gone to the trouble to track Jesus down; “When the crowd saw that neither Jesus nor his disciples were there, they themselves got into boats and came to Capernaum looking for Jesus.”

How did Jesus greet them? Knowing what was going on in their minds Jesus greeted them with this, “Jesus answered them and said, “Amen, amen, I say to you, you are looking for me not because you saw signs but because you ate the loaves and were filled. Do not work for food that perishes but for the food that endures for eternal life, which the Son of Man will give you.”

At this time the people who had been following Jesus asked Him a very powerful question. They said; “What can we do to accomplish the works of God?” Jesus answeredthem with a very direct and unequivocal answer: “This is the work of God, that you believe in the one He sent.” This is so powerful. Allow me to ask you this, have you ever said to Jesus, “what do you want from me Lord” or perhaps, “Lord how can I serve you?” If you have ever pondered a question similar to these, His answer is still the same, believe in the one He sent! 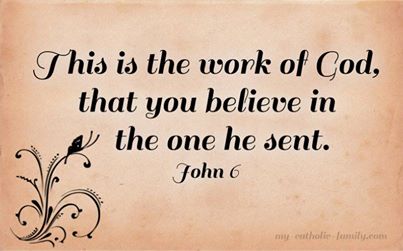 If we truly believe in Jesus then we should be willing to do what He tells us, to follow where He leads us and keep His commands. To do these things is the sign of a true believer.

Now I started my writing today mentioning the Bread of Life Discourse. John 6:22-71. What Jesus told His followers next did not go over so well. First Jesus told His followers this: “I am the bread of life; whoever comes to me will never hunger, and whoever believes in me will never thirst.” His statement was received with murmuring and disbelief. “Is this not Jesus, the son of Joseph? Do we not know his father and mother? Then how can he say, ‘I have come down from heaven’?”

This time Jesus scolded them and told them: “Stop murmuring among yourselves.” Then He continued on saying: “Your ancestors ate the manna in the desert, but they died; this is the bread that comes down from heaven so that one may eat it and not die. I am the living bread that came down from heaven; whoever eats this bread will live forever; and the bread that I will give is my flesh for the life of the world.”

This second explanation caused them to begin quarrelling among themselves, saying, “How can this man give us his flesh to eat?” Jesus then gave them a third explanation that was even more direct and to the point. He did not mince His words. This is what He said; “Amen, amen, I say to you, unless you eat the flesh of the Son of Man and drink His blood, you do not have life within you. Whoever eats my flesh and drinks my blood has eternal life, and I will raise him on the last day. For my flesh is true food, and my blood is true drink. Whoever eats my flesh and drinks my blood remains in me and I in him.”

The followers responded again murmuring among themselves: “This saying is hard; who can accept it?” And unable to accept it what did they do? They left; that is what they did. They turned their back on Jesus. “As a result of this, many of His disciples returned to their former way of life and no longer accompanied Him.”

Today, my focus is on just one phrase from this entire discourse and that statement is this: “This saying is hard; who can accept it.” I believe that there are many Biblical teachings that each of us as Christians either “choose” to not to accept or we simply just disregard because we find it “too hard”. 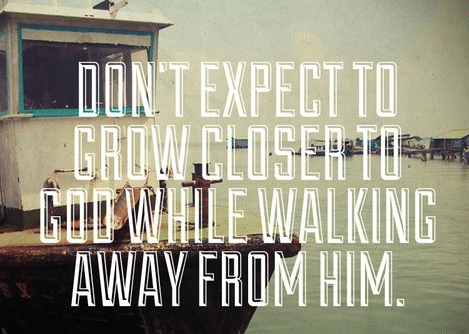 Here are some examples:

Do you believe that you must eat Christ’s flesh and drink His blood to have eternal life or do you also find this teaching hard to accept?

The Bible tells us “I am the Lord your God: you shall not have strange gods before me.” Do you find this saying to be hard? Do you “walk away” from God by putting the pursuit of wealth, power and worldly happiness before Him as your gods?

The Bible tells us that marriage is forever and that we are not to divorce and remarry. Do you find this saying to be hard?

The Bible tells us to keep Holy the Lords Day, do you find this saying to be hard and rather than going to church on Sunday do you “walk away” by filling your Sundays with other recreational activities? 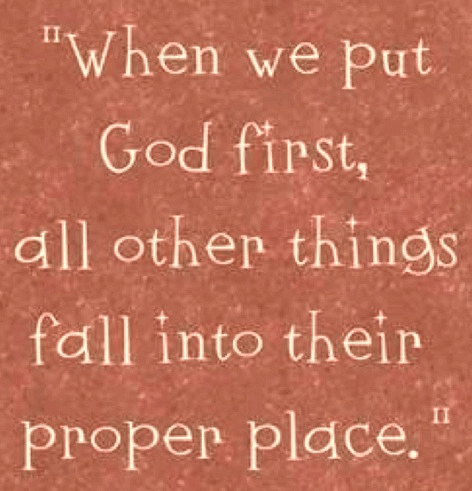 The Bible tells us to love our enemies, to turn the other cheek and to forgive 70 times 7. Do you find this saying to be hard and “walk away” with anger and by holding a grudge?

The Bible tells us it is better to be humble than to be proud. Do you find this saying to be hard and “walk away” by focusing too much on yourselves and by letting your ego get in your way?

The Bible tells us that to lust after someone is the same as to have committed adultery with that person. Do you find this saying to be hard and do you “walk away” by lusting and looking at pornography?

The Bible calls us to tithe. Do you find this saying to be hard and “walk away” by only throwing a few bucks into the Sunday offertory collection?

The Bible tells us not to kill. Do you find this saying to be hard and “walk away” by having an abortion or supporting pro-choice candidates?

The list of cherry picking goes on and on. Which teaching do you personally find hard to accept and do you walk away from? No doubt all of us may be guilty of walking away from one or more of these teachings listed above. The good news is that we have a merciful and forgiving God. 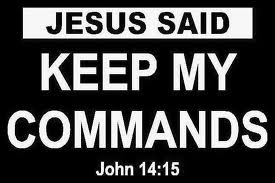 Since the time of Adam and Eve, Satan has used his cunning and deceptive ways to get us to choose against God. God knew from the beginning that we would have trouble following through on all of the commandments. God knew we would sin andHe already had a salvation plan in place. His plan included His son’s death on a cross and His rising from the dead. Without His loving and freely given salvation plan and without Jesus taking our sins to the cross we had no chance to get back into God’s grace.

Jesus came and taught us what we needed to do to gain eternal life. His message was straight forward. We have to believe in Him and follow his commands. This in some cases requires us to sacrifice. We must subjugate our will to His. We cannot simply have everything our way.

It would be oh so easy if we were still under the Old Testament Law and we just needed to sacrifice an animal as a sign of repentance. Jesus instead calls us to sacrifice our self-importance, our vanity, our lust and our greed to follow Him. He calls us to forgive and to love our enemy as ourselves. 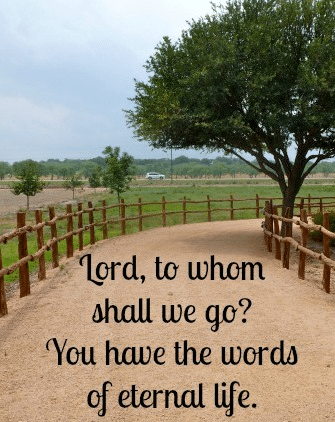 We should always approach making this sacrifice of our will in favor of God’s not just to “gain God’s graces,” nor to “get back on God’s good side,” but rather we should sacrifice our will and follow His commandments and teachings because we are grateful for His death and resurrection and because we LOVE Him.

Near the end of the Bread of Life Discourse, after Jesus saw many in the crowd leave He turned to His apostle and said: “Do you also want to leave?” Simon Peter answered him, “Master, to whom shall we go? You have the words of eternal life.”

My friends, Jesus does have the words of eternal life. He came into this world so that we could believe in Him and have eternal life. Sure at times some of His teachings seem hard. It clearly is easier to just pick and choose which of His teaching we want to follow and ignore the rest. But we justcan’t do that. Look at the promise Jesus made to all of us.

“Whoever has my commandments and observes them is the one who loves me. And whoever loves me will be loved by my Father, and I will love him and reveal myself to him.” 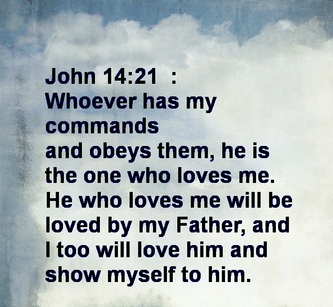 Throughout Judeo-Christian history the message has always been “repent and be changed”. If while reading this email today you see areas of your life that are outside of God’s teachings and commandments, if you are guilty of cherry picking some teaching and ignoring others maybe today is a chance to change. I encourage you to seek God’s guidance, and ask Him to give you the strength to change.

Heavenly Father at times my will to follow you and to adhere to your commandments is weak. Give me the courage Lord to have faith that your ways are better than mine. Help me to accept your teachings and to not walk away, amen.