Very early in the morning, just two days before Christmas, I stood STARSTRUCK on my back deck! Only a sliver of the moon was visible on this cool, crisp, clear night. The stars were accentuated against the dark void. The Big Dipper, in bright high definition, captured my attention. It seemed to be forming a giant question mark in the heavens. It called out to me begging the question why. I mean the big WHY. Why did Jesus come into the world on that Christmas night so long ago? 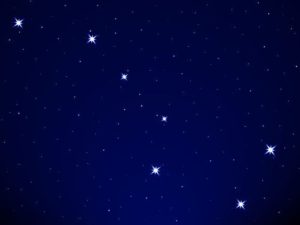 The Big Dipper consists of the seven brightest stars of the constellation Ursa Major. There are over a billion stars in our galaxy alone and scientists tell us that there are over a billion other galaxies. It is written in Psalm 19:2: “The heavens declare the glory of God.” Further on, the Psalmist tells us that we can learn a great deal from the night sky. It whispers knowledge to us and that knowledge is revealed to all people in all places on earth. What were these seven stars whispering to me?

In the classic Christmas song, DO YOU HEAR WHAT I HEAR, there are three questions. Do you see what I see? Do you hear what I hear? Do you know what I know?  What was I supposed to see, hear and know by looking into this night sky?

The song begins when the wind asks the lamb if he sees the star dancing in the night. The wind is of course referring to the Star of Bethlehem. As the song proceeds, the lamb asks the shepherd boy if he hears the voice ringing through the night sky. Next, the shepherd boy poses a question to the mighty king; “Do you know what I know.” He proceeds to tell the king to bring gold and silver to the child shivering in the cold. But it is what comes next that is so profound. The king tells the people this:

The Child, the Child, sleeping in the night

He will bring us goodness and light

He will bring us goodness and light

Should you and I pay attention to the stars? I guess we should. Here is what Isaiah 40:26 tells us: “Lift up your eyes on high and see who created these.” In Luke 21:25, Jesus Himself points our attention to the stars and tells us to heed their message: “There will be signs in the sun, the moon, and the stars, and on earth nations will be in dismay, perplexed by the roaring of the sea and the waves.”

In Romans 1:19-20 Paul reminds us that we can learn a great deal from creation. Here is what he states: “For what can be known about God is evident to them, because God made it evident to them. Ever since the creation of the world, his invisible attributes of eternal power and divinity have been able to be understood and perceived in what he has made.”

Something new was made evident to me on this cold night as I stared at that giant question mark in the sky. I had an unexpected revelation. It occurred to me that Jesus had to be born at night. I suddenly began to see a correlation between Jesus’ nighttime birth and the beginning of the Book of Genesis which I had never seen before. Genesis 1:1-4 states: “In the beginning, when God created the heavens and the earth and the earth was without form or shape, with darkness over the abyss and a mighty wind sweeping over the waters—Then God said: Let there be light, and there was light. God saw that the light was good. God then separated the light from the darkness.” 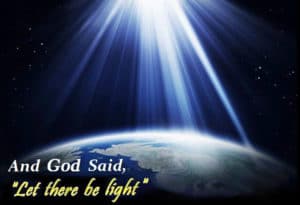 Just as in Genesis, when the world was dark and God created light and saw it was good, God again, on that first Christmas night, brought light to the darkness of our world. The world needed that light then, and all of humanity needs the light of Jesus now.

I have always enjoyed the song A STAR CAROL by Simon and Garfunkel. After my revelation it touches me in an even deeper way now.

With the Christmas Season upon us and a new calendar year about to begin, now is a good time to ask ourselves these questions: Where is the darkness in my life? Is today the day I will allow the light of baby Jesus to be born in my heart? Am I willing to allow this child of God to grow and mature in me? Will I allow Jesus to illuminate the darkness in me so that I can lead others to His Father?

Matthew 5:16: challenges us: “Just so, your light must shine before others, that they may see your good deeds and glorify your heavenly Father.” Jesus is light and His birth lit up the world. If we allow Him to be a light in our life we in turn can bring that light to others.

I am so glad I looked at those stars!

“The people who walked in darkness have seen a great light; Upon those who lived in a land of gloom a light has shone.” (Isaiah 9:1) Alleluia, Amen! 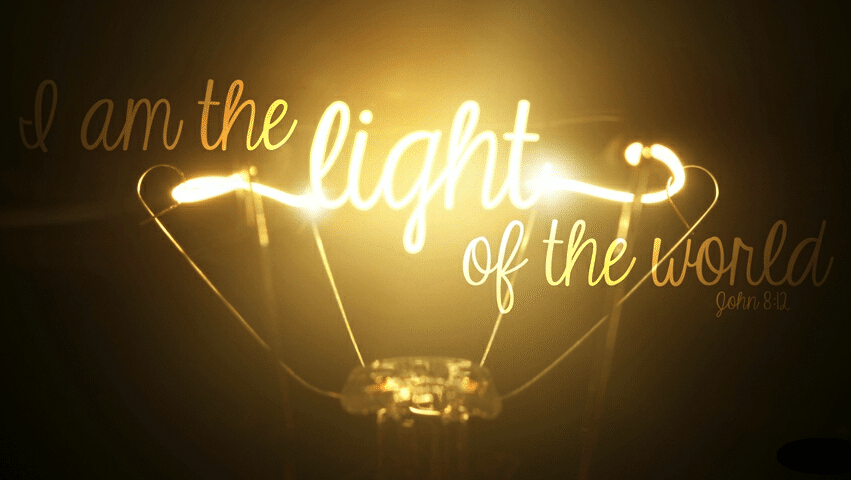 Feel free to comment below, I love to hear from you. Click here to send me an email.