Does the number 666 send chills down your spine? Does it dredge up fear? Just what does the number 666 mean to you? For thousands of years people have speculated about this mark of the beast. At different moments in time, various people have been rumored to be in the running for this beastly role. The list includes: President Trump, President Obama, Hitler, Mussolini, and Nero. Sadly, even Popes over the years have made some people’s list. My recent surprising discovery tells me that the number 666 might in a strange way have something to do with you and me. We should all find that to be frightening.

Revelation 13:18 gave us the number 666. Scholars and theologians have debated the meaning of this number, and for that matter, the entire book of Revelation for 2 millennia. As you know, my purpose with 4th Day Letters is not Biblical exegesis. I will avoid wading into those waters on this topic and I will leave the continued speculation as to what or who John was referring to in Revelation to the theologians. I want to take you in a completely different direction.

Recently while reading the Bible I discovered something that I had never noticed before. I was reading John’s Gospel when I came upon this verse: “As a result of this, many of his disciples returned to their former way of life and no longer accompanied him.” You might recognize this as part of Jesus’ exhortation concerning the importance of eating His body and blood. This particular passage shows the people turning away from Christ. His message was too difficult for some people to accept.

Just what, you might ask, does this verse have to do with 666. Well this is where my discovery led me. As I was reading this verse I realized that I was reading John 6:66. Wow, this shocked me, so I began some investigation. I soon discovered that there is only one place in the New Testament where there are six chapters containing 66 verses, and it is John 6:66. I found this discovery very interesting. 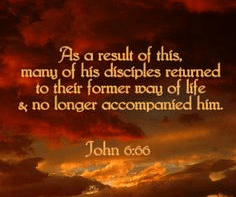 The bible is full of symbolic numbers. As an example, seven usually represents perfection of completeness. The number six, which is one number short of seven, usually connotes something or someone that is flawed or incomplete in the eyes of God. Six has even been associated with God’s enemies. Let’s look at 1 Chronicles 20:6, there we see Goliath, the giant that David slew, had six fingers on each hand and six toes on each foot. In Daniel 3:1 we find another enemy of God, King Nebuchadnezzar who had a golden statue made that was sixty cubits high and six cubits wide.

In both of the Bible citations above we see the use of numerical repetition for symbolic emphasis. We can conclude that 666 gives emphasis to being flawed, incomplete and/or an enemy of God.

Now back to John 6:66. Due to their flawed nature, these people were unable to accept Jesus’ complete message. They rejected Jesus’s own words. John 6: 53-56 states: “Jesus said to them, “Amen, amen, I say to you, unless you eat the flesh of the Son of Man and drink his blood, you do not have life within you. Whoever eats my flesh and drinks my blood has eternal life, and I will raise him on the last day. For my flesh is true food, and my blood is true drink. Whoever eats my flesh and drinks my blood remains in me and I in him.”  Most likely some of these very same people turned against Jesus and cried out “crucify him.” 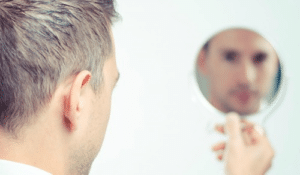 To be clear, I am in no way suggesting that it was John’s intent when he mentions 666 in the book of Revelation to point us back to 6:66 in his gospel writings. I am only saying that I personally found this to be a very interesting biblical coincidence that I wanted to share with you.

As for you and me, is it possible that in a biblically symbolic way, the repetitive 666 can be applied to our actions? Due to our own flawed nature, how many times do we reject Jesus’ teachings? Do we only accept our own incomplete version of Christ’s message? Occasionally, perhaps we even act as if Jesus is our enemy. Might I suggest, that we stop speculating as to who John was referring to in Revelation 13:18 and instead begin looking into the mirror to reflect on our own striking resemblance to those people in John 6:66  who rejected Jesus and walked away.

This was a surprising discovery for me. In my research, I could not find anyone who has written on the topic of the 6:66 connection to John’s Gospel. Let me know your thoughts on this. We never know what God might reveal to us when we open the Bible.

Lord please probe me, you know my heart. Point out anything in me that is offensive to you and guide me to follow in your path. Amen 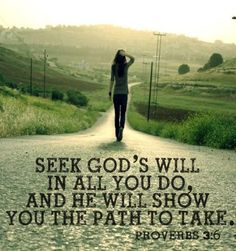 As always, I love to read your comments below as well as hear from you personally by clicking here