I was 8 years old. Our family of four was sitting at the dinner table. My older brother Mike was 10. As my mom passed the meat and potatoes she nonchalantly stated, “By the way boys, you are adopted.” That was how we found out. It was to become the subject that was almost never discussed for many more years. My father died at 59 and my mother died at age 81. They never told us about our biological parents. As far as they were concerned, we were their children, period, end of discussion. In a similar fashion, God sees us as His children. We are His adopted sons and daughters. I invite you to read more……… 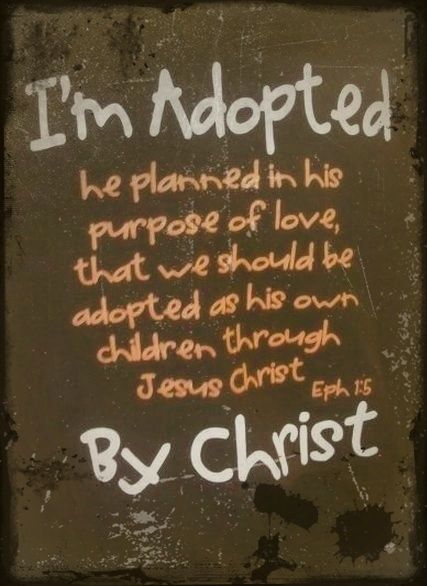 Most parents give birth to their children; some parents are given the opportunity to choose theirs. That is what happens through adoption. Long before our biological conception, our Heavenly Father had already set in motion His plans to adopt us. In other words, you and I were chosen by God. Take a minute to truly let that reality sink in.

Galatians 4:4-7 states this: “But when the fullness of time had come, God sent his Son, born of a woman, born under the law, to ransom those under the law, so that we might receive adoption. As proof that you are children, God sent the spirit of his Son into our hearts, crying out, “Abba, Father!” So you are no longer a slave but a child, and if a child then also an heir, through God.”

I was blessed to grow up in a happy family. My brother and I had loving, caring and supportive parents. Discovering at age 8 that I was adopted changed nothing. Betty and Jim were the only parents I knew. I am their son, and they are my mom and dad and Mike is my brother. 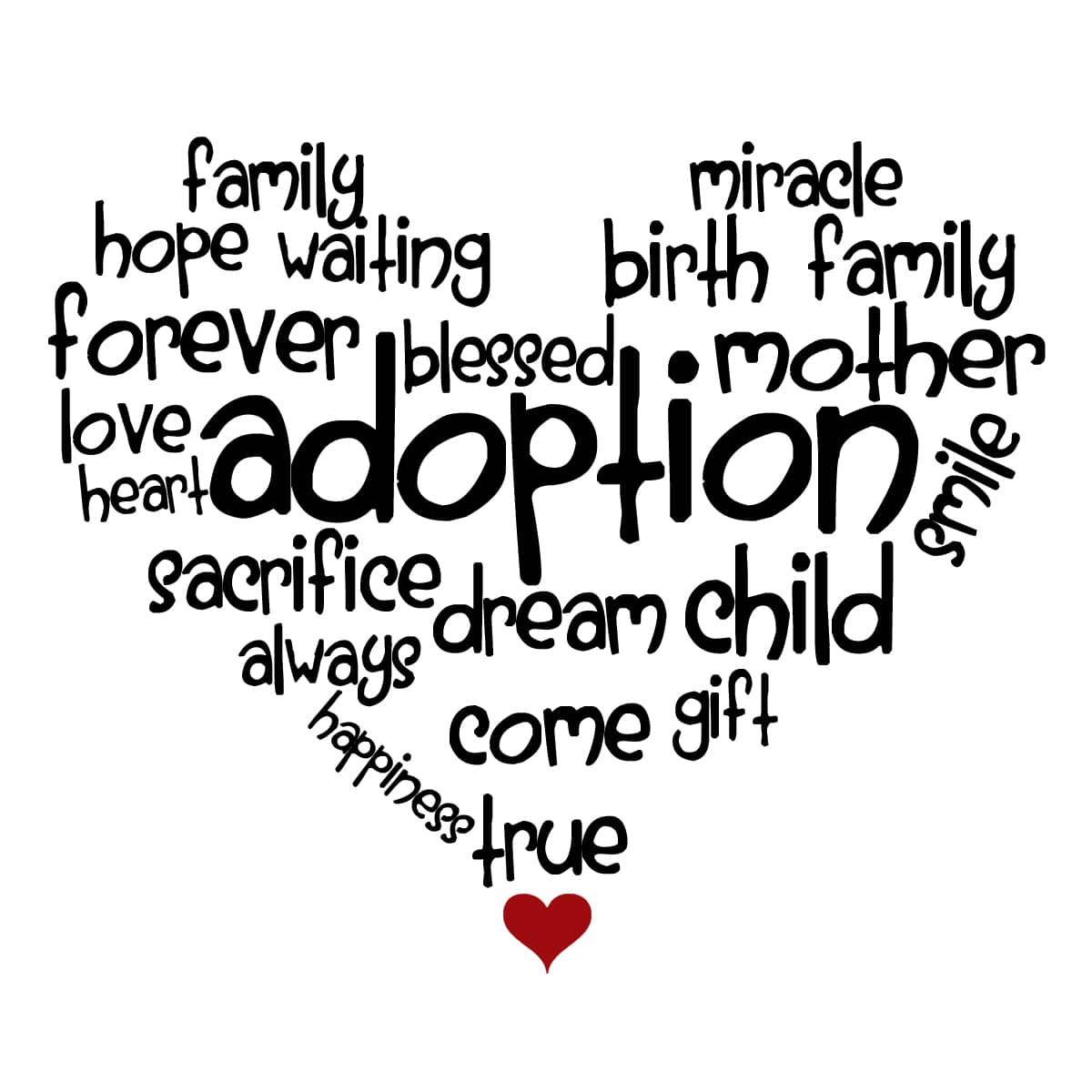 After my wife and I started our own family and during those times when my wife was expecting, my mother would sometimes open up to my wife about the fact that my brother and I were adopted. She was careful to protect “her boys” as she always called us, from this topic. She was unable to have children as a result of cancer. She had a hysterectomy at a very young age. The bottom line is this, my brother and I grew up knowing little to nothing about our biological parents and we were just fine with that. We were loved and cared for. We were made to feel chosen and special. Nothing else mattered. 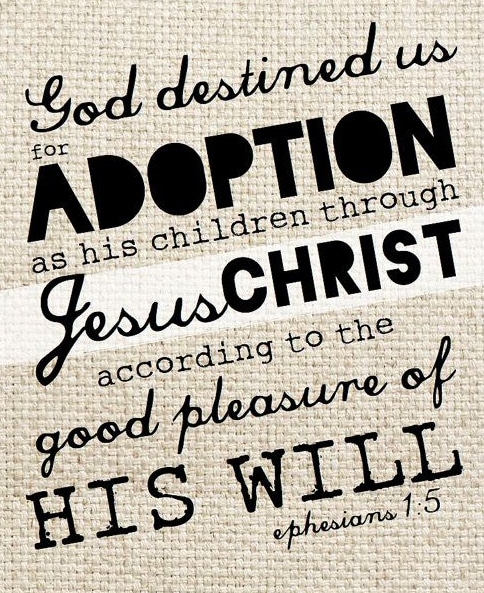 The readings during the Season of Advent often remind us of our status as adopted children of God. This past week we read from Ephesians 1:3-6. It told us that God, who has blessed us in Christ with every spiritual blessing, chose us before the foundation of the world, and in love, he destined us for adoption to himself through Jesus Christ. This is important. We are about to celebrate Jesus’ birth on Christmas Day. Since it is through Jesus that we become adopted children of God, in a sense, we can think of Christmas, as our birthday too.

We know that in today’s world adoptions can be expensive. Our adoption was expensive too. It was paid for with the blood of Christ on the cross. Adoption, as I stated above, grants the child with certain legal rights.

Far more important than legal rights, adopted children also receive acceptance in a new home, and the love of new parents. As a result of this love being poured out on them, adopted children develop a deep and lasting personal and spiritual bond to their new parents. This personal bond allows these children to call their parents mommy and daddy. 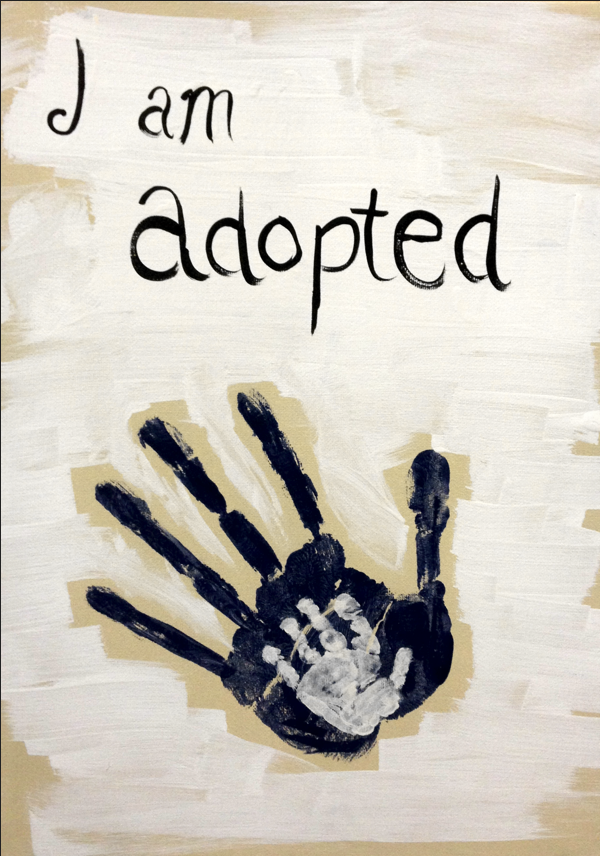 At Father’s Day this year, my children gave me the gift of Ancestry.com. Much to their surprise and mine, through DNA I soon discovered the identity of my biological parents. They are now both deceased. I, for the first time, now have pictures of my biological family. I have had the chance to meet my never before known siblings. They have welcomed me with kindness and love. As nice as all of this is however, this new family can never break the deep family bond that I was blessed with through my adoption. My brother Mike will always be my brother. Jim and Betty will forever be my parents.

Just as I am now blessed to have two families, my adopted and my biological one, you also have two families. You have your biological family, and you are also an adopted son or daughter of our Heavenly Father. That deep bond can never be broken. God’s love for you is unconditional.

With these remaining few weeks of Advent still in front of us, and as we approach Christmas, I want to make this suggestion. From now until Christmas pray over this question: “What does it mean to you to be an adopted child of God?” Being adopted has meant everything to me!

Heavenly Father, you choose me before time began and through Jesus you destined me to become your heir. Help me always to respond to Your love as a truly grateful child. Amen!