Jesus used stories and parables to paint lasting mental images.  Today, images are frequently photoshopped. Things are not always what they seem to be. Photoshopping refers to altering a digital image in a way that distorts reality often for deliberately deceptive purposes. Has the true meaning of one of the most beloved stories in the Bible been photoshopped? What is reality and what is distortion? Please read more…. 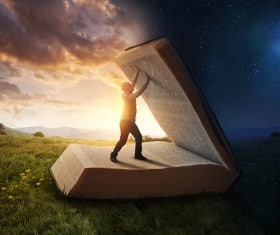 Too often, the parable of Prodigal Son is proclaimed solely as a message about the Father’s mercy. The most important element in the story gets photoshopped away.  Focusing only on the father’s mercy is like eating a half-baked loaf of bread. It is an altered reality. God is merciful, but His mercy does not give us free license to continue to live in sin. Mercy is one part of the story, but mercy follows repentance. Today I want to examine the essential element of repentance.

It is also a story of exclusion. The Pharisees wanted to exclude sinners from the Kingdom of God. “The tax collectors and sinners were all drawing near to listen to him, but the Pharisees and scribes began to complain, saying, “This man welcomes sinners and eats with them.”

The story also involves entrapment. These Pharisees wanted to trip Jesus up. They wanted Him to say something that went against the law so they could cause the crowds to stop following Him. 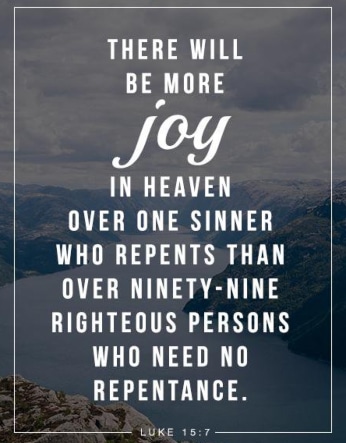 Take another look at the story of the lost sheep in Luke 15:7. “I tell you, in just the same way there will be more joy in heaven over one sinner who repents than over ninety-nine righteous people who have no need of repentance.”

Jesus repeats His point in the parable of the lost coin in Luke 15:10. “In just the same way, I tell you, there will be rejoicing among the angels of God over one sinner who repents.”

The Pharisees wanted to exclude the sinners. Jesus made the point that His Father was inclusive. But the question is, inclusive of whom? The Kingdom of God is not open to everyone who continues to live in sin. His point is that it is open to sinners who REPENT! In John 3:16 we learn the Kingdom is open to those who believe in Jesus, repent and believe in the gospel. (Mark 1:15) 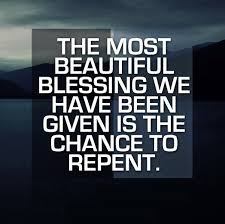 In verse 13, we discover that the son squandered his inheritance on a life of dissipation. Let’s be honest, every time we sin, we risk squandering the inheritance God has planned for us.  Like the son, we indulge in the things that offend our Father.

Verse 14 tells us, the son had spent everything, and was in dire need. Verse 17 tells us he came to his senses because he was dying from hunger. If he had not returned home, he would likely have died. Similarly if we persist in sin, we risk spiritual death. It’s often when we hit rock bottom that we return to our Heavenly Father.

Don’t miss the key point. He didn’t just decide to go home. He first left the slop of his sinful life. Then he decided to go to his father and repent. Verse 18 says, “I shall get up and go to my father and I shall say to him, “Father, I have sinned against heaven and against you.”

After the younger son returned, the Father told the older son, “we must celebrate and rejoice, because your brother was dead and has come to life again; he was lost and has been found.”

Likewise, the love and mercy of God are waiting for those who repent, leave the slop of their sins behind and return back to the Father’s house.

Those who photoshop this story and fail to point on the significance of the son’s repentance can be likened to the Pharisees of Jesus day. Living in sin is not okay. By failing to tell sinners that repentance and turning away from sin is necessary they give false hope to sinners. Sinners who fail to repent risk losing their salvation. In Luke 13:1-5 Jesus twice says, “But I tell you, if you do not repent, you will all perish.”

Repentance is a central tenet of Jesus’ teachings. Jesus frequently spoke of the need to repent. In fact, He began His public ministry, by saying, “Repent, for the kingdom of heaven is at hand!”

The parable of the Prodigal Son is powerful. Let’s be careful not to photoshop the message. Let tell the whole story, not the distorted and watered down narrative of unlimited mercy without the need for repentance. If you are living in sin, make today the day you leave your sins behind, repent and return to the Father.

God is always ready to run out and welcome home those who repent!

Heavenly Father, I am sorry for all of my sins. I know my sins offend you. Father, please pull me from the slop of my sins and call me back to home. In Jesus’s name I pray, amen! 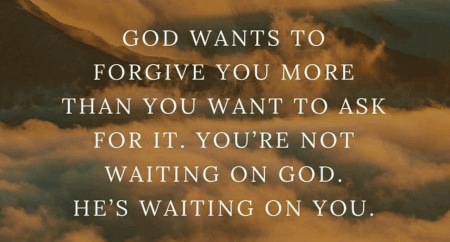 Don’t forget to mark your calendars.

On December 6-8, 2019, I will be leading a 3 day Advent Retreat. Catholics as well as non-Catholics are welcome to attend. Fr. Ed Sheridan will join us to celebrate Catholic mass and Reconciliation will be available. Author Joseph Galloway will be giving a talk about his book The Broken Door and will be signing books. The retreat is being held at the Catholic Conference Center in Hickory, NC. It’s beautiful! More details will follow soon. I hope you can join us.