You would naturally hope that as we mature into adulthood we would grow away from these types of cliques, but instead they seem to multiply and become even more exclusive. Doesn’t this fly in the face of God’s call to Christian community and His charge to have a loving heart for all people?

If we go back to the time of the Apostles we see this same issue. (see Acts 15:1-12) Some of the followers of Jesus wanted to keep the message of the Savior exclusively for the Jews. They wanted to maintain the “club” rules. Some wanted to keep the Gentiles out of the “clique” while others were willing to allow them to join the “club,” but only after the ceremonial circumcision. “Unless you are circumcised according to the Mosaic practice, you cannot be saved.” (Talk about a difficult job evangelizing!)

Jesus routinely crossed barriers. The Jews were not to associate with the Samaritans, yet Jesus interacted with the woman at the well. A good Jew knew to keep his/her distance from the lepers, yet Jesus touched and healed them. Jesus had an inclusive message. He came to save all who believed in Him.

Today this issue seems worse than ever as our social groups seem to be more exclusive. Republicans and Democrats don’t even want to talk to each other. Some Catholics and Protestants won’t associate with each other. Heterosexuals and homosexuals often aren’t welcoming to each other. People of different skin colors can’t seem to get along. Even some well-meaning Christian churches have rules of membership which attempt to screen out the sinners and reserve membership for only good Christians. (As if that is possible.)

Today countries around the world seem more focused on keeping people out than welcoming people in. What happened to the attitude expressed in these words written by poet Emma Lazarus on the Statue of Liberty plaque: “Give me your tired, your poor, your huddled masses yearning to breathe free” and “send these, the homeless, tempest-tost to me?”

Have all human interactions become more about building walls rather than building bridges? What barriers would Jesus cross today?

Now, what about us? What private cliques or clubs have we formed? There are many Christian movements that encourage their members to meet weekly in small Christian groups. The purpose of these gatherings are twofold. One is to foster deep friendship rooted in Jesus Christ. Ideally members of these groups gather each week to discuss their relationship with God. The second purpose is to support and encourage their members in their evangelical outreach to bring others to Christ. If you are in one of these groups, has your group become exclusive?

Occasionally our friendships become so close that we begin to forget about the second part. The intent of our groups was well founded (friendships rooted in Christ) but even these groups can inadvertently become exclusive cliques.  Can someone who has not yet experienced a 3 day weekend like Cursillo or Walk to Emmaus join your group? Does your group allow someone to join if they are of a different Christian Denomination? What would Jesus do?

The early Jewish converts to Christianity at first held onto their strongly held beliefs that all gentiles were “unclean.” Because of this belief they never associated with these people.  Jesus changed all of this. He came for all people. These early disciples had to let go of their old ways. They had to reach out to the gentiles. Circumcised or uncircumcised, Jesus died for all who would believe in Him.

Here is a list of questions that I need to keep asking myself. They are good questions for you or your groups to ponder as well. Do you still have some people that you see as unclean or unworthy to join your Christian group?   Are there some old barriers in your mind that you need to let go of?  Are some of our Christian groups simply homogeneous gatherings of likeminded people? Are we really reaching out?  Are our groups designed to be inviting or have our groups really become barriers to keep out the “other” people not like us? Are we reaching out or closing in? What forms of symbolic circumcision like restrictions are we putting on the shoulders of others who want to gain entrance to our groups/ministries/Christian gatherings or churches?

Let us ask God to give us a welcoming heart.

Dear Heavenly Father, please allow your Holy Spirit to find a dwelling place in my heart. Help me to always remain rooted in love. 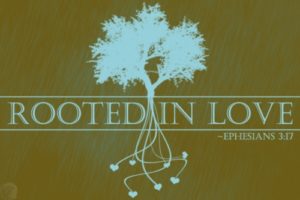