Anytime we reflect on the mistakes and sins from our past, we usually experience a sense of remorse and sadness. As Christians, we place our faith in Jesus for the forgiveness of our sins. Sadly, however, we often struggle to forgive ourselves. One Bible story in particular should give us the courage to let go of our past. I invite you to read more. 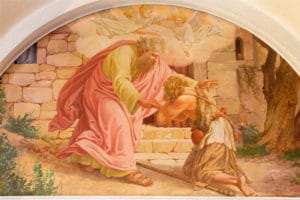 The story of the Prodigal Son is a huge source of comfort and hope in my life. Do you feel the same way? It is one of the most recognizable stories in the entire Bible.

The story can be read from many perspectives. We can place ourselves in the story as the prodigal son, as his brother, or even try to see ourselves as the forgiving father. I believe it is beneficial to try to read this Scripture passage from each character’s perspective. Today, let’s examine the story through the eyes of the prodigal son.

All of us have likely acted in a selfish and rebellious manner, much like the wayward son. He demanded his future inheritance and then proceeded to leave home where he wasted his father’s money on inappropriate living. He acted rebelliously. He squandered his father’s blessings. Haven’t we done these things too. Haven’t we often squandered our Heavenly Father’s blessings? 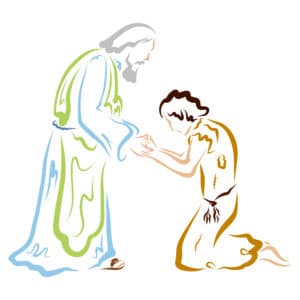 Luke 15:17-19 tells us that the son came to his senses, realized the errors of his ways, and returned home. “Coming to his senses he thought, ‘How many of my father’s hired workers have more than enough food to eat, but here am I, dying from hunger. I shall get up and go to my father and I shall say to him, “Father, I have sinned against heaven and against you. I no longer deserve to be called your son; treat me as you would treat one of your hired workers.”

We have all been filled with anguish over past sins. We have all wrestled with ourselves trying to find the right words to apologize to someone for something we have done. We have likely hung our head in shame while telling God we are sorry for committing the same sin for the umpteenth million time. We have all walked in the prodigal’s shoes.

Ahh, but the story continues with words of hope. Luke 15:20 says, “While he was still a long way off, his father caught sight of him, and was filled with compassion. He ran to his son, embraced him and kissed him.” 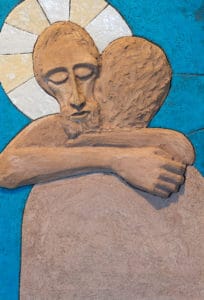 The father ran to his son. He was so caught up embracing his son that he probably never heard the son’s apology. Perhaps the father had gone out every day, gazing off into the distance, hoping that one day his son would return.

Jesus told this parable to teach us about the Father’s love for us. He wanted us to know how merciful and compassionate the Father is. The song “When God Ran,” by Phillips, Craig, and Dean, written by Benny Ray Hester contains these lyrics:

He took me in His arms,

Held my head to his chest,

Wiped the tears from my eyes,

With forgiveness in His voice

I felt his love for me again.”

Knowing that our Heavenly Father loves us so much that He runs out to forgive us when we repent and turn from our sins, we need to learn to forgive ourselves. He has removed our sins from us as far as the east is from the west. If today you are struggling to forgive yourself for something, read Luke’s Gospel narrative about the Prodigal Son and reflect on these lyrics allowing both of them to reach the inner most part of your soul. Then, let go of the past and enjoy God’s loving embrace.  Finally, go share the story of God’ mercy and compassion with someone else. 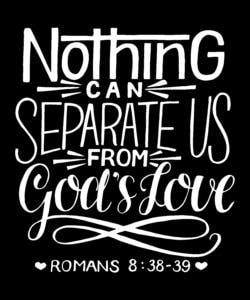 Heavenly Father, the thought of you running out to me to forgive my sins brings me to tears. The depth of your love for me exceeds my human understanding. Thank you for your merciful embrace. Help me to forgive myself and to always remain close to your side. Grant me the courage to share this story with others. Amen.

For the Greater Glory of God