He’s alive and I’m forgiven and Heavens gates are opened wide, He’s alive! He’s alive! These are some of the lyrics of the song “He’s Alive” (Click to watch the video and listen to the song. The joy I hear in Peter’s profession He’s Alive, brings tears to my eyes every time I hear this song) In the lyrics, the song writer recounts Peter coming to the understanding that just as Jesus had predicted He had risen from the dead. Peter rejoices in this great revelation as he meets his risen Lord face to face.

As human beings one of the stark realities of life is our own mortality. We realize that we were born and that one day we will die. Then through the gift of our faith we understand that our death is not the end. The good news is that our Lord has in fact opened wide the gates of Heaven so that we too who profess our faith in Him, can have eternal life with God. And this is the joy we experience on Easter.

Imagine yourself in this situation. As some of you know as a professional I make my living assisting others with their insurance and estate planning needs. Several years ago I received a call from an older Jewish client of mine. He told me over the phone that he had an urgent need and wanted to come to my office right away. I said sure, and very soon after the call he was sitting in my office. 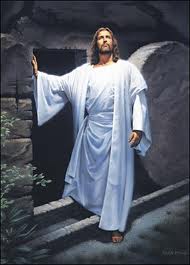 My client’s need was in fact urgent but not of a financial nature. No, his needs were far more important. My client said to me, ” Brian you know I am75 years old. My doctor tells me I need heart bypass surgery. I have had this procedure done two times before. They are not giving me very good odds of surviving this surgery.” Then he said this, “Brian you know I am a Jew and I don’t know what you know about my religion, but in the Jewish faith, dead is forever.” Then he pointed to the poem Foot Prints on my office wall. He went on to say, “I understand you are a Christian, and I don’t know much about your beliefs, but the one thing that I have heard is that in the Christian faith dead is not forever.” Then he followed with this statement, “I have nothing but time, start talking.”

I spent the next 2 hours trying to help my client and friend. I explained that Jesus Christ died for him and that He loved him so much that He freely accepted His death on a cross to atone for all of our sins and that He arose from the dead in 3 days so as to fulfill the Old Testament prophecies. He left my office that day knowing that if he accepted Christ, that dead did not need to be forever. He left with hope!

Not everyone will have such a dramatic outright opportunity to share the good new this way. However, the reality of our humanness is that while not everyone is facing their eminent death as this gentleman was, many while physically alive are spiritually dead. Their struggle with human sinfulness has separated them from God. For them too, dead may be forever. For them there is no greater message to know than to hear about the message of Easter.

Jesus has called you and me to share this message. Between now and Pentecost Sunday we in the Catholic faith will be reading at mass each day from the Acts of the Apostles, which recounts the story of the early church. But the reality is, we too, have been called to continue writing our story as Apostles. If someone were writing your story and recounting for future generations your response to Jesus’ calling to be an apostle and how you lived out the good news of Easter, how would that story read? What would the story line be about? Would it be a story of lives changed because of your Christian apostolic actions? 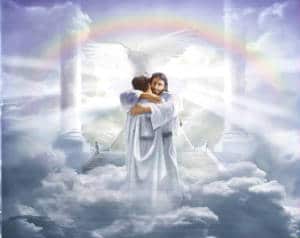 Jesus we rejoice and sing alleluia to the great joy of Easter. Thank you for accepting our sins and for Your death on the cross. Thank you for Your resurrection from the dead, and Lord, thank you for calling us to share this joyous news with others. Help us Lord to write our personal addendum to the Acts of the Apostles.