The year was 2008. The location was the Beijing Olympics. The American men had high hopes to win the gold in the 400-meter relay. Those hopes were dashed in the preliminary race when, during the exchange between the third and forth runners, the baton dropped to the track, and they were disqualified. As Christians, we also run the risk of dropping the baton. We must avoid doing so. Please read more. 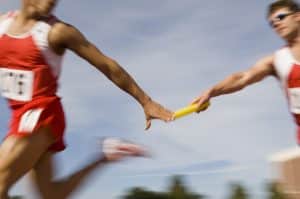 In high school, I had the opportunity to compete in the 440-yard relay which today is called the 400-meter relay. I often anchored that race during my senior year. As the final runner in this team race, dropping the baton was always a huge fear.

During a 400-meter relay each of the four runners must successfully hand the baton from one runner to the next while remaining inside the designated exchange zone. Going outside of the zone or dropping the baton, disqualifies the team. Therefore, teams work relentlessly to perfect their timing and accuracy during an exchange.

Using the baton exchange as our metaphor for todays message, we as Christians need to make sure we do not drop the baton. The front line of our exchange zone is our birth, and the end line of the exchange zone is our death. Spiritually speaking, in order to run a good race, we need to successfully hand off the baton to the next runner inside of the designated zone. What do I mean by this?

To answer that question let’s take a look at something St. Paul said in Ephesians 3:7-11. There Paul said that through the gift of God’s grace he became a minister of the faith. He said he was the very least of the holy ones. Nonetheless, he knew that God called him to bring light into the darkness of the world by sharing the inscrutable richness of salvation through Jesus Christ.

Each one of us shares in Paul’s mission. At our baptism, we like Jesus, were anointed priest, prophet, and king. As prophet, not only are we called to become disciples of Jesus Christ, but we are also called to pass on our faith like the prophets of old. 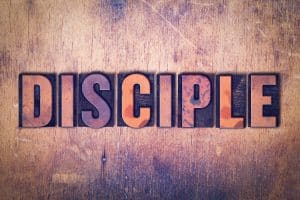 The world had long waited for a savior. Jesus is the one they were waiting for. He is the long-awaited Messiah. He is the light that has entered the darkness. You could say that He was the starting runner in our relay of faith.

Not only did Jesus get us off to a winning start, but He also executed a perfect hand off of the good news to His disciples. They in turn successfully handed off the faith to the Church. That same baton of faith has been handed off to us. Now it is incumbent on us to hand off this faith to those runners who follow us before we reach the end of the exchange zone.  We cannot allow ourselves to drop the baton.

Like all races, there are competitors. Evil is competing for first place in this world. Satan has his team well trained and prepared. For good to triumph over evil, we must execute the hand off of the baton like a well oiled machine. If we drop the baton of faith, which has been successfully passed on to us, if we fail to pass the baton to others, evil will prevail. 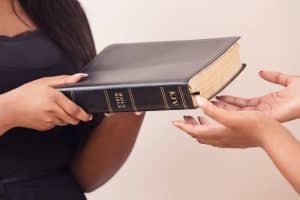 Just how long does this race last you might ask. How many laps around the circle of life are there? How many runners are there? How many times does the baton need to be exchanged. That answer is found at the end of Matthew’s Gospel. We must keep handing off the baton of faith until the message has reached the ends of the earth (Matthew 28:18-20).

Paul knew that on His own he was unqualified to even be in the race. He was utterly aware of his sinfulness. It was Jesus who qualified Paul to run the race. Likewise, you and I may feel unqualified. We know we are broken and sinful people. We may have a deep-seated fear of dropping the baton, but we can’t allow this fear to leave us paralyzed. Jesus has qualified us for this race. We must compete and we must run. We must share the good news! It is precisely for this race that we were created.

One day we will stand at the finish line of life. Once we arrive, like Paul in 2 Timothy 4:7-8, we want to be able to exclaim, “I have competed well; I have finished the race; I have kept the faith.” If we can make that statement at the end of life, we are assured that the crown of righteousness awaits us. Let’s be careful not to drop the baton along the way. 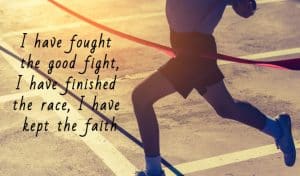 Heavenly Father, you have called me by name to run in this race. Through your Son Jesus, you have qualified and prepared me to compete. Your Holy Spirit sustains me. Help me to courageously and successfully pass on the baton of faith every chance I get. Amen!