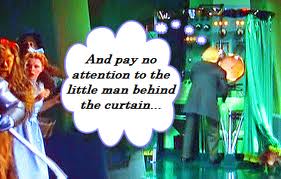 In the Wizard of Oz movie, Dorothy and her companions are told to”follow the yellow brick road”. Implicit yet not directly stated we have come to see this as a road made of gold, leading to the promised emerald city. By the time the movie concludes we are clearly aware that the Wizard was a con artist.

extolling the benefits of wealth and telling the audience that we should expect God to shower us with many worldly things if we have a deep enough faith. Not lingering long on that channel, I clicked next and it took me to a channel where a priest was preaching on the readings of the day which included this excerpt from Sirach 3:18

“Humble yourself the more, the greater you are, and you will find favor with God.”

He also preached on these excerpts from Luke 14:7-14

“When you are invited by someone to a wedding banquet, do not recline at table in the place of honor.”

“Rather, when you are invited, go and take the lowest place”

“When you hold a banquet, invite the poor, the crippled, the lame, the blind; blessed indeed will you be because of their inability to repay you. For you will be repaid at the resurrection of the righteous.”

I was immediately struck by the strong difference in the message from one channel to the next. Later in the day when Iattended mass, my pastor spoke on these same passages and he spoke about humility and about being content with who we are in the world. The startling contrast between a faith journey looking more like the yellow brick road on the way to the emerald city and a faith journey filled with true humbleness gave me cause to reflect on this contrast and in the end gave me the topic for today’s 4thdayletter. 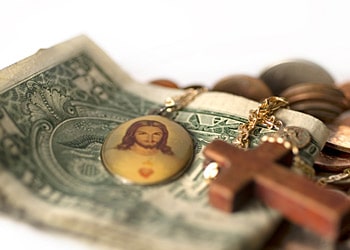 Today on TV and around the country in large and small towns alike we all need to be aware that the Wizard may still be at work behind the curtain. This time however, the curtain may be the front door of a Christian church. On television, billboards, and in large gathering of Christians in arenas and stadiums people are bombarded with the message of what has come to be known as “prosperity theology”.

Humans have a basic desire to be healthy, happy, to avoid suffering, and to accumulate some degree of wealth. It is no wonder then that modern day preachers who appeal to these basic wants seem to build very large followings.

Wikipedia tells us that Prosperity theology “is a Christian religious doctrine that financial blessing is the will of God for Christians, and that faith, positive speech, and donations to Christian ministries will always increase one’s material wealth.” It goes on further to state: “the doctrine views the Bible as a contract between God and humans: if humans have faith in God, he will deliver His promises of security and prosperity.” Even further it emphasizes the importance of personal empowerment, proposing that it is God’s will for His people to be happy. These teachings can become subtle traps for many. 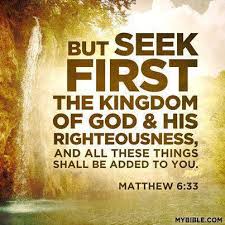 Well known Catholic priest, Father Robert Barronwrites that in order to give the purveyors of this theology their just due; “there is some biblical warrant for their position.” He goes on to explain; “The book of Deuteronomy consistently promises Israel that, if it remains faithful to God’s commands, it will receive numerous benefits in this world. The psalmist too assures us, “delight yourself in the Lord, and he will give you the desires of your heart.” And Jesus himself counsels: “seek ye first the Kingdom of God and his righteousness, and all these things (food, shelter, clothing, etc.) will be added unto you.”

Continuing on, but by way of contrast, he turns to the book of Job. There he points out that no correlation between Job’s suffering and a lack of faith exist. Finally Fr Barron writes: “Jesus who was the very archetype of the faithful Israelite, experiences not earthly prosperity, but a life of simplicity and death on a brutal instrument of torture. Prosperity theology would imply that we would expect Jesus to have been the richest man in Nazareth and a darling of Jerusalem high society.”

Prosperity Theology promises its followers health, wealth and happiness. But is its emphasis on Jesus Christ or on self? Jesus was always clear about the dangers of wealth and taught that greed and selfishness were sins.

Some of today’s preachers encourage their followers to implore God to provide them with bigger houses, nicer cars and more wealth. In fact, they seem to imply that these are direct rewards based on the level of one’s faith and of course the level of giving to that preacher’s specific ministry. But what does the Bible tell us about this?

Then he said to the crowd, “Take care to guard against all greed, for though one may be rich, one’s life does not consist of possessions.” Luke 12:15

What profit is there for one to gain the whole world yet lose or forfeit himself? Luke 9:25

“Do not store up for yourselves treasures on earth, where moth and decay destroy, and thieves break in and steal. But store up treasures in heaven, where neither moth nor decay destroys, nor thieves break in and steal. For where your treasure is, there also will your heart be.” “No one can serve two masters. He will either hate one and love the other, or be devoted to one and despise the other. You cannot serve God and mammon.” Matthew 6:19-21, 24

“For we brought nothing into the world, just as we shall not be able to take anything out of it. If we have food and clothing, we shall be content with that. Those who want to be rich are falling into temptation and into a trap and into many foolish and harmful desires, which plunge them into ruin and destruction. For the love of money is the root of all evils, and some people in their desire for it have strayed from the faith and have pierced themselves with many pains.” 1Timothy 6; 7-10 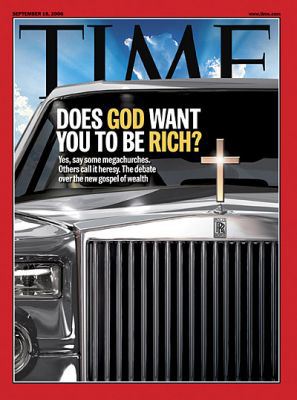 So did Jesus or the New Testament writers tell us that all wealth is bad, or to be wealthy is bad? No, of course not. Jesus simply knew that we can end up putting too much emphasis on our money and not on God. In fact, he knew we could begin to neglect God while in pursuit of more wealth.

I have always strived to find areas to draw Christians together. I am not on a personal attack against any minister nor any denomination here today.I cannot presume to know the motive of their teachings nor am I attacking the authenticity of their faith. I was merely struck by the dichotomy of two vastly different Christian messages just two channels apart. So can any of us conclude that if we have a real strong faith that we in turn will automatically be blessed with great riches in this world? Can we conclude that those who have very little in terms of worldly wealth must indeed be lacking in their faith? I offer you a resounding NO to both questions.

Perhaps St. Thomas Aquinas put it best when he suggested the possibility that maybe the good person who is deprived of material goods is actually being rewarded, since that deprivation opens him more and more to the spiritual dimension; and perhaps the wicked person who has every worldly benefit is actually being punished, since those material preoccupations close him to the only good that finally matters. 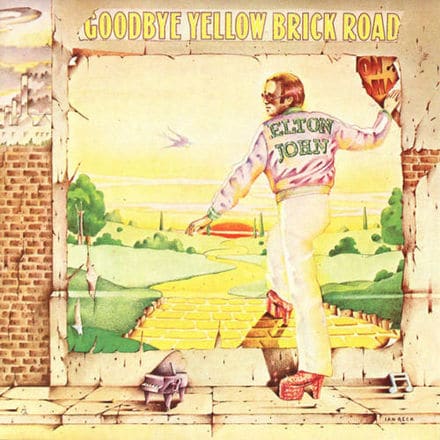 Elton John and Bernie Taupin wrote and performed the song; “Goodbye Yellow Brick Road”. I chose this as today’s title because when it comes to a preoccupation with and quest for more wealth and worldly goods, I say GOODBYE YELLOW BRICK ROAD! My sincere hope is that we can all be content in life. I hope that we can place God first before everything else. I hope that we can avoid the stress of being overly consumed by the pursuit of material things. And finally, my prayer is that we can experience the real joy of Jesus Christ through His gift of salvation on the cross and then, motivated by this joy we will set about sharing this good news with others. 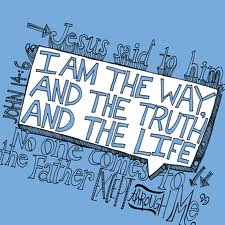 A closing quote from Father Barron: “Following God’s will, abandoning yourself to the divine providence, will indeed give you treasure in heaven, but don’t expect it necessarily to give you treasure on earth.”

Heavenly Father our modern day culture at times wants to distort your message. In Jesus’ name I ask that you keep us always vigilant and on guard to seek your truth over fiction and false promises. Keep me always relying on you, amen!