Do you know that frequent physical touch increases your well-being? Modern Psychology tells us that not only do hugs feel good, but they are good for us. Medical science has discovered that a hug can lower your heart rate and blood pressure and the impact isn’t fleeting, it has a long term healthy impact on our body. Jesus healed through His touch. Knowing that His Father created us with the need to be touched, Jesus used His touch to heal many people. Please read more. 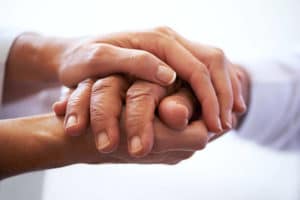 Humans need physical contact. This is especially true for babies. Babies need to bond physically with their mothers. A kind pat on the back helps children in school to be more likely to participate in the classroom. Science has demonstrated that kids who don’t get enough physical affection tend to be more violent as adults. A giant hug can bring peace to a grieving friend. And finally, a soft gently touch can be a tremendous source of comfort for a sick or dying person.

Recent events regarding inappropriate touching are creating a serious cultural concern about the role of appropriate touching. Homophobia is causing men to avoid hugging other men. Movements like Me Too are causing men and woman to avoid touching one another, for fear of being accused of sexual misconduct. The pedophile headlines have caused adults of all professions (doctors, teachers, ministers and more) to avoid hugging children all together. These fears are damaging our society. It is a sad reality that today, corporations and churches have to issue guidelines that limit touching and hugging.

According to an article I read, hugs and physical touch reduce stress. They build trust. Some studies have even shown that those who more frequently receive hugs or other appropriate physical contact are less prone to infections and diseases.

Physical touch or acts of cuddling release the hormone oxytocin. This hormone helps humans connect to others, it feels good and promotes a sense of well-being and happiness. Physical touch also increases the levels of dopamine and serotonin which are two neurotransmitters that help regulate our mood as well as help our bodies relieve stress and anxiety. 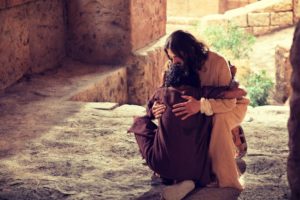 When it comes to touching, we need to ask ourselves what Jesus would do, and use Him as our guide. The Bible is full of stories like the one where Jesus healed the man with leprosy in Matthew 8:2-3: “And then a leper approached, did him homage, and said, “Lord, if you wish, you can make me clean. “He stretched out his hand, touched him, and said, “I will do it. Be made clean.” His leprosy was cleansed immediately.“ Also with His healing touch, Jesus touched Peter’s mother in law and her fever left her (Matthew 8:14-15). He touched the official’s twelve year old daughter who had died and she arose (Matthew 9:25). He touched the blind and their sight was restored (Matthew 9:29 Mark 8:22). He touched the deaf and they could hear (Mark 7:32). He touched the crippled and they could walk (Luke 13:11-13).

As stated in the headlines, some people have touched inappropriately. Is it fair to paint everyone with the broad brush of their inappropriate actions? No, it is not. A physical touch is powerful. Used in an inappropriate way, it can leave lasting scars. Used in the right way, a touch has healthy and healing properties. As Christians, we should never shy away from touching like Jesus did.

A pat on the back, a kiss on the cheek, a kiss on both cheeks, a kiss on the forehead, a hand on someone’s shoulder, a clasp of two hands, a lingering handshake, a consoling long hug, a high five, and many more things have been enduring signs of human caring, concern, greeting and friendship throughout the centuries. Our modern hyper sensitivity over touching threatens to rob us of our opportunities to imitate the healing touch of our Lord and Savior Jesus Christ.

Simply stated hugs and hand holding and other forms of touch can increase our happiness and our longevity. I for one, plan to keep on hugging! I hope you do too. 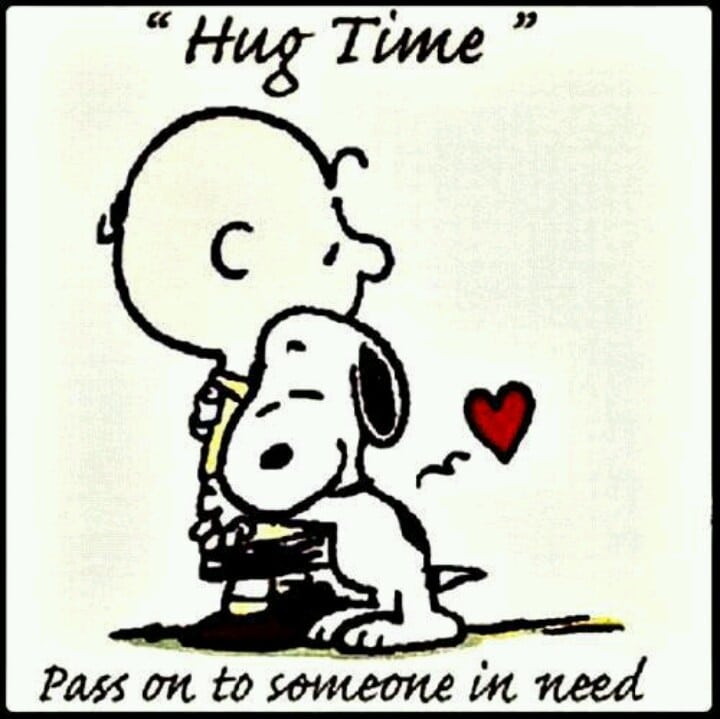 Heavenly Father I know you always have me in the palm of your hand and your gentle touch is what always sustains me during the trial of life. Amen