Men in particular want to portray the image of being big, strong and masculine. One quick hit to any man below the belt in his sensitive area and not only will he fall to his knees in pain but his very masculinity might be at risk. He just might not appear so big and strong after all.

What am I talking about and where am I going with this? I want to talk about the subject that is often avoided in church sermons or at best glossed over. I am talking about sexual sinfulness.

I heard that there was once an attempt to ban the Bible from some schools not because of its Christian message but because many of its stories were too sexually explicit. It is true that the Bible contains stories of incest, fornication, adultery, homosexuality and lust. As I said, these sinful struggles have plagued mankind since the times of Genesis.

Satan has sensed a big human weakness and knowing his opponents weakness he has been relentless with his strikes “below the belt.” He delights in bringing both men and woman down by enticing them through sexual pleasures.

If you are inclined to think that you are immune from this issue you might want to think again. Jesus Himself tightened up the rules and made even the strongest person vulnerable. I say this because Jesus told us this in Matthew 5:28 “But I say to you, everyone who looks at a woman with lust has already committed adultery with her in his heart.”

So if Jesus has taught us that even lust is a sexual sin then I think we can agree that no person is exempt at some point in life from sexual sins. For some, lust may be as far as their sexual sin goes, others however act on those lustful temptations in every conceivable way. This list includes but is not limited to: premarital sex, extramarital sex, pornography, masturbation, homosexual sex, rape, pedophilia, and more. Each of these issues brings its own stigma. Since young people are present in church these topics are either completely off limits or at best difficult to address in a Sunday sermon. 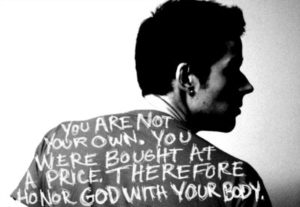 On the other hand you may be someone who has suffered because of a sexual act that was perpetrated against you. Sadly pride, shame and public embarrassment even work to keep innocent victims of sexual abuse and crimes silent and hurting alone. One statistic that I read states that less than 8% of victims ever report their abuse.

Whether you are the one struggling with sexual sin or the victim of sexual sin the question is the same. Where do you turn? We all know that Satan delights in a world of darkness. The first step is to bring the issue to the light of day. In either case you must tell someone in order to start the healing process. The challenge that you face is knowing just who to tell.

If you need help because you have some type of sexual addiction in your life, swallow your pride and ask for help! YOU ARE NOT ALONE. Seek out help. Jesus loves a repentant sinner. If you are blessed to have a close Christian friend perhaps you can share your struggle with them. Perhaps you can benefit from one of the many online recovery programs. You might need to speak to your priest or minister and certainly some issues require the help of a professional Psychologist. Please just don’t try to make it alone.

If you are a victim of some type of sexual abuse start by knowing that Jesus cares for and is close to the broken hearted. You too need to break your silence. You might start by telling a trusted friend. As a rule it is generally a good idea to seek professional counseling and clearly some cases rise to the necessity of notifying the police if a crime was involved.

In conclusion, Satan delights in our pain. He loves to see us rolling around on the mat after a punch below the belt. We give him control over us when we remain quiet. Break your silence! Allow the light of Christ to reach the darkest places of your soul. Tell someone!! Healing is possible and might be just around the corner if you can just open up. 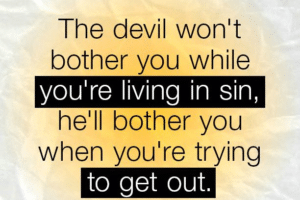 I have one final note. Some people need some encouragement to open up. If you suspect someone might be hurting alone either as a result of sexual sin, sexual addiction or because they might have been a victim of sexual abuse let them know that you are there for them. Tell them it is safe to open up to you. Tell them you will love them just as much after they share as you do before they share. This may be all they need. We must remember to not be condemning of others, just like Jesus was not condemning with the woman caught in adultery. John 8:11

Heavenly Father, give me the courage to be open and be vulnerable about my broken condition. I place my trust in you. In Jesus name I pray, amen.

Here is a small list of the many resources available to you online:

I want to reach out and say hi and thank the people who attended the Blessed, Broken and Scared Retreat on June 4th at the Church of the Resurrection in New Albany, OH. It was a day filled with laughter, tears, grace, blessings and the presence of the Holy Spirit. Thank you all for your kind hospitality.