Today I want to take a little different approach in this 4thdayletter by requesting your participation. I want you to assume the role of Gate Keeper. Just for a moment in our experiment you get to be the one who chooses who goes to Heaven and who goes to hell. That’s right, you get to “play god.” 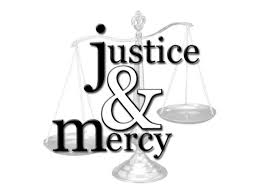 Let me tell you why I want to conduct this experiment. It has been my personal observation that most Christians divide up into one of these two camps. The first group is the MERCY CAMP. The members of this group tend to focus on God’s mercy and forgiveness through the power of the cross and tend to believe that all Christians will have their souls washed clean of sin and enjoy everlasting joy in Heaven. The second camp is the JUSTICE CAMP. This camp is comprised of those who focus on God’s justice and as a result, believe that there are real consequences for disobeying His rules and the primary consequence is eternal damnation in hell.

Why is this important? It is important because our view of Heaven and hell colors our reaction to other people. Of course we all know Jesus ultimately gave us two great commandments. We are called to Love God above all else and love our neighbor as our self. Love of neighbor leads us into the discourse of “who is my neighbor”. When we observe others, “my neighbor,” doing something wrong (sinning) immediately in our minds eye we hand down a sentence of what we think is the appropriate punishment for whatever they did wrong. We either conclude this person should be punished for their transgression or forgiven for it. 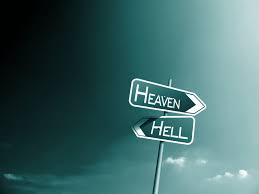 For our experiment today I am allowing you to play god rather than debate the theological question of is  hell empty or full since this debate could last the next 2000 years just like great minds have been debating it for the last 2000. I felt there was nothing I could really add to theargument so rather than me setting out my views I wanted you to examine your own views. If you would like to watch an interesting short video on this topic click here to see what Father Barron has to say on this.

Where am I going with all of this? Let’s apply your gate keeping prerogative for a minute to just one of several of the big moral issues of our day facing Christians, and that issue is homosexuality. Catholics and non-Catholics alike, if you have been following the news, know that Pope Francis recently convened a gathering in Rome to review some of the moral dilemmas facing today’s Christians. Here is a recent headline from Reuters: (Reuters) – “Pope Francis has closed an assembly of Catholic bishops that revealed deep divisions on how to respond to homosexuality and divorce, saying on Sunday the Church should not be afraid of change and new challenges.”

The secular news media is all too giddy and excited to report any split or division within any Christian Church. In addition, the progressive news outlets have their own agenda to push and it is not grounded in God’s teaching. In so many of these news reports, they gladly show one church member pitted against another or one bishop pitted against another on any of these lightning rod issues. There is the “mercy camp” that wants so badly for the understanding of the teachings to be relaxed towards homosexuals and there is the “justice camp” that sees any relaxing of the rules about homosexuality as a breach of justice. Their position is that there must be punishment for these sinners; anything else is seen as an act of heresy. Which of the two camps are you in? 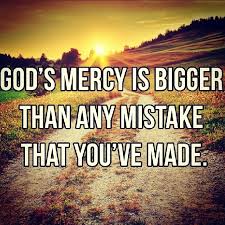 Let’s put aside the homosexuality issue now because my purpose today is not to address this specific topic nor is it to address the synod that was convened. There are plenty of other moral issues and sins that people commit. Murder brings up the debate on capital punishment. Child abuse and sexual molestation bring up the conversation of should those convicted of these crimes ever see the light of day. There is also a long list of historical figures who have committed crimes against humanity. Is there any chance that an all just God could ever possibly forgive those individuals and allow them into Heaven? So whether it is homosexuality or the long list of other moral issues, the question remains as to whether transgressors of the law will receive eternal salvation or eternal condemnation, and you are the one today called to decide.

An additional factor to consider in all of this discussion is just what in fact is hell and what is it like? One very popular notion is simply that hell is eternity spent in the absence of God. One other thought to mull over is this: is it God who sends people to hell, or does God long for everyone to be in Heaven but some people reject God’s mercy and send themselves to hell? The rejection of God’s love and mercy can be seen as embracing anguish and death. Using the traditional metaphor of flames C. S. Lewis said that the love of God lights up the fires of hell. He meant that the refusal to accept the divine light burns us, the way that the bright light of day would burn the eyes of those who had been sunk for days in a cave. 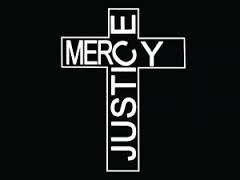 So the real issue of faith that we all try to wrap our brains around is how God can be both all just and all merciful at the same time. This is a conundrum. Can justice and mercy co-exist in God? We are taught that it does, yet still many of us see God as only a God of mercy or a God of justice. If you are to be the gate keeper responsible for sending people to hell can you exhibit both of these characteristics? I think one of the best places to look for guidance in carrying out your new role is in Matthew 20:1-16 which is the story of the Vineyard workers getting the same pay for varying hours of work.

Was the master justified in paying the late workers full pay? Of course he was, it was his money. Did he mistreat those who worked all day, surely not? Here is what Jesus said about this in his story: “My friend, I am not cheating you. Did you not agree with me for the usual daily wage? Take what is yours and go. What if I wish to give this last one the same as you? Am I not free to do as I wish with my own money? Are you envious because I am generous?’ Thus, the last will be first, and the first will be last.” 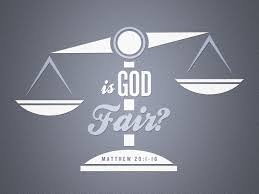 Those who spend a lifetime trying to observe the commandments and teachings of Christ could be viewed as the workers who put in a full day’s labor. Others who lead sinful lives yet profess their belief in Jesus could be viewed as the workers who arrived late in the day. It is up to God alone as to how freely he offers His mercy and forgiveness. Is it possible that God can forgive those who didn’t spend their entire life following the rules? Isn’t God free to give His mercy away any way He chooses? Those who worked all day grumbled about the master being so free with his money. Would you grumble if God was freer with His mercy than you think He should be? Would you see it as an injustice if homosexuals, murderers, adulterers or child molesters and others also make it into Heaven?

When I was growing up I was taught that the reason God made all people was “to know Him, to love Him and to serve Him in this life and to be with Him in the next.” God longs for everyone one He created to be with Him for eternity; perhaps that is why He is so merciful. Answer this question, when you see or read about someone doing something wrong, something you see as sinful, do you pray for that person and hope that they haven’t forfeited Heaven or rather do you hope they suffer punishment in hell for the rest of time? 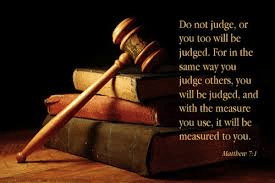 Okay now it is up to you to start deciding who goes to heaven and who goes to hell, but wait a minute…….. Let’s allow your first judgment to be rendered on yourself? With Matthew 7:1-5 as your guide, which states this: “Stop judging,that you may not be judged. For as you judge, so will you be judged, and the measure with which you measure will be measured out to you“, first decide if you deserve Heaven or hell.

It’s that time. It is now all up to you. Using the standard above, start rendering your decisions, what will the outcome be for your neighbor, will it be Heaven or will it be Hell. Your use of mercy and justice will determine if hell is full or empty.

Perhaps you want to skip this experiment and leave this all up to God!!!!! 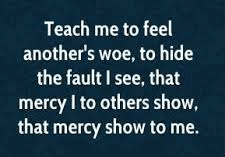 Heavenly Father your ways are above our ways. Give me a heart of mercy like yours and a desire to see all people as you do. Help me to pray that all people will one day be with you in the eternal joy of Heaven, amen.