Are you guilty of being judgmental? I know I am sometimes. Sometimes I find myself judging others by their appearance such as what they are wearing, or a tattoo or an earring and other times I may judge them by who they associate with. Have you ever done this?

Other times our judgment may be more serious. How many times have we observed someone engaging in what seemed to be sinful behavior and we could not wait to tell others about what we observed that person doing? How do we feel about those different from us? Do we judge Muslims, Christians of a denomination different than us, Jews, or Mormons? What about those convicted of crimes, who are murderers, tax cheats, pedophiles, or drug dealers, do we judge them? Do we judge those of different color or nationalities? If we are white do we judge blacks? If we are black do we judge whites? Are we judgmental towards Hispanics or other immigrants? Do you render harsh judgment towards homosexuals, adulterers and prostitutes? In reality does anyone other than ourselves escape our critical judgment?

A little further on in Matthew 15:11 we read this: “It is not what enters one’s mouth that defiles that person; but what comes out of the mouth is what defiles one.” 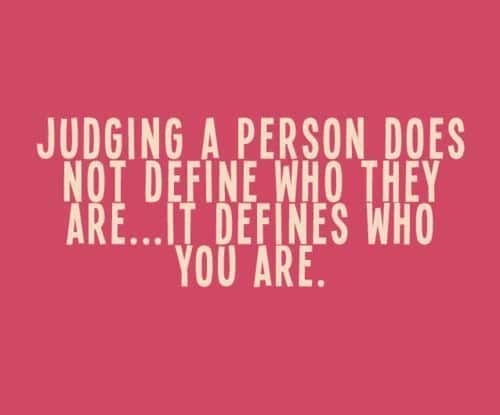 Does Jesus’ call not to judge, leave us at times confused? We know the Bible warns us to beware of evildoers. If we don’t make some type of judgment how do we even know who the evildoers are?

In 2007 the Barna Research Group conducted a study “A New Generation Expresses its Skepticism and Frustration with Christianity,” and in that study 87% of the respondents indicated that Christianity is too judgmental and 85% said Christians were hypocritical. Maybe there is something we can learn from this study.

I believe one reason that Christians are seen as judgmental is that in our evangelical outreach too often we try to point out someone’s unacceptable behaviors. The problem comes in, I believe, not by the fact that we call out “bad behavior” but that we render judgment on the person who commits the bad behavior. Clearly we are called to love all people. Whenever we draw someone’s attention to something that the Bible and church teachings say is wrong it should be for the purpose of bringing the good news of Jesus’s love and forgiveness to that person, not condemnation.

In Matthew verse 18:15 we read this: “If your brother sins [against you], go and tell him his fault between you and him alone. If he listens to you, you have won over your brother.” Too often our zeal to point out another person’s faults is not driven by bringing that person to Christ but instead, has at its core, our own self-righteousness. Sometimes we just want to make ourselves feel better by assuring ourselves that someone else’s sins are worse than ours. This should never be the purpose for pointing out someone else’s short comings 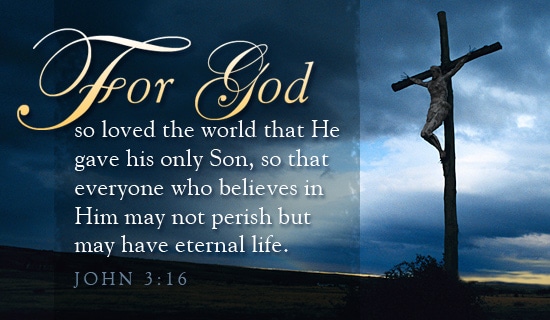 I think for most of us there seems to be a conundrum. We know God is all loving and all merciful and forgiving and at the same time we know God is all just. This appears to be a paradox. How can He be both? In John 3:16-17 we see this: “For God so loved the world that he gave his only Son, so that everyone who believes in Him might not perish but might have eternal life. For God did not send His Son into the world to condemn the world, but that the world might be saved through Him.”

Which is it my friends, is God all about love or is God all about justice? Clearly God loved sinners so much that He allowed His son to pay the price for our sins through His death on the cross. There can be no doubt about God’s mercy. No one can read the New Testament without reading countless examples of Jesus’ forgiveness as well.

As Christians we also must acknowledge that we are called to follow God’s commands, and we profess a belief in a final day of judgment. We do have rules to follow and if we are honest we all fall way short of those rules at times.

The truth is God is BOTH loving and just at the same time. We have to accept this with faith because we just can’t get our human brains around how those two fit together. God does judge, but He is merciful and forgiving in His justice. Jesus demonstrated that in the way He confronted sinners. He challenged them to repent and sin no more, but He did so with love, empathy and compassion. 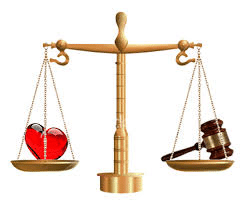 If any of us confronts another sinner with “the Bible says what you are doing is wrong and you are a terrible sinner and you are going to hell” we are guilty of judgment without love, grace and mercy. This type of response will almost never win someone over for Christ. They will want to know more about Jesus when they see us acting more like Jesus did.

In summary when we as Christians are seen as judgmental it is usually for one of two reasons:

Unfortunately it seems inherent in our human nature to be judgmental. We must constantly see Jesus as our example. We must strive to treat others as He did. We will never achieve perfection in this life in our own actions and we should not hold others to the standard of perfection in theirs. What we are called to do is to bring others, especially the “distant and faraway,” to Jesus Christ. Let’s commit ourselves to teach, to love, and to call others to repentance, but to leave the judging part to God alone. 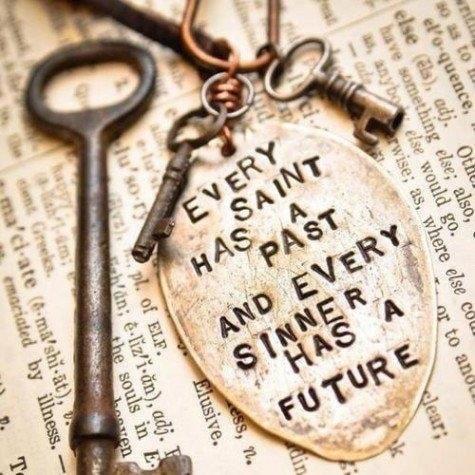 Maybe we can finish by going back to where we started. Reread the first paragraph and ask yourself if you are guilty of any of these judgments. If so make today the day you change.

Most Heavenly Father, please help me to recognize right from wrong and to lead those who live lives contrary to your calling to your Son Jesus Christ, and to do so with love. Give me the wisdom and strength to leave the judgment to you and you alone, amen!