This week marks the first birthday of the 4thdayletters.com. On September 22, 2011 the first email went out. It went out to about 15 Catholic men in Greenville SC and Hendersonville NC. Today by the grace of God every Tuesday 4thdayletters is emailed all over the United States, Canada, and it has now made its way into Europe. It started with a few Catholics but now it is received by almost every main stream Christian denomination and also by several Jewish people with a strong belief in Christ as well. Preparing this letter each week has been a tremendous blessing for me and from your many replies it seems to have been a blessing for many of you also. I wish I could share a slice of our one year birthday cake, but since I can’t let me share this story. Many of you may know it. 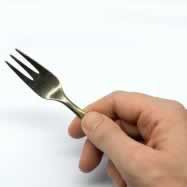 There was a woman who had been diagnosed with a terminal illness and had been given three months to live. So as she was getting her things “in order”, she contacted her pastor and had him come to her house to discuss certain aspects of her final wishes. She told him which songs she wanted sung at the service, what scriptures she would like read, and what outfit she wanted to be buried in. The woman also requested to be buried with her favorite Bible. Everything was in order and the pastor was preparing to leave when the woman suddenly  remembered something very important to her.

“What’s that?” came the pastor’s reply.

“This is very important,” the woman continued. “I want to be buried with a fork in my right hand.”

The pastor stood looking at the woman, not knowing quite what to say. “That surprises you, doesn’t it?” the woman asked. “Well, to be honest, I’m puzzled by the request,” said the pastor. The woman explained. “In all my years of attending church socials and potluck dinners, I always remember that when the dishes of the main course were being cleared, someone would inevitably lean over and say, ‘Keep your fork’. 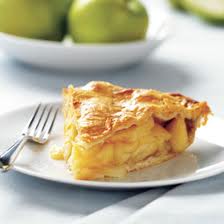 It was my favorite part because I knew that something better was coming…like velvety chocolate cake or deep-dish apple pie. Something wonderful, and with substance! So, I just want people to see me there in that casket with a fork in my hand and I want them to wonder ‘What’s with the fork?’. Then I want you to tell them: “Keep your fork….the best is yet to come”.

The pastor’s eyes welled up with tears of joy as he hugged the woman goodbye. He knew this would be one of the last times he would see her before her death. But he also knew that the woman had a better grasp of heaven than he did. She KNEW that something better as coming. 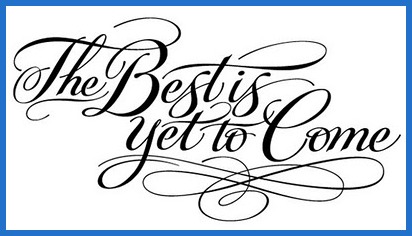 At the funeral people were walking by the woman’s casket and they saw the pretty dress she was wearing and her favorite Bible and the fork placed in her right hand. Over and over, the pastor heard the question “What’s with the fork?” And over and over he smiled. During his message, the pastor told the people of the conversation he had with the woman shortly before she died. He also told them about the fork and about what it symbolized to her. The pastor told the people how he could not stop thinking about the fork and told them that they probably would not be able to stop thinking about it either. He was right.

So the next time you reach down for your fork, let it remind you oh so gently, that the best is yet to come…

As Christians we long for the day we will be with our God face to face. I hope and pray that through these emails I can convey that if we believe in Jesus Christ, and keep his commands, and if we share his love with others the best is yet to come. And now, as for 4thdayletters, I also hope the best is yet to come. So hold on to your fork. 4thdayletters continues each week to grow. Fourth Day Ministries is being formed,(more to follow on that). I continue to look forward to coming in person to speak and share with your parishes and churches and other Christian gatherings all across the country and the 4th Day Retreats will be starting soon, to help prepare Christian Leaders to be able to be able to respond more enthusiastically to their call to serve. 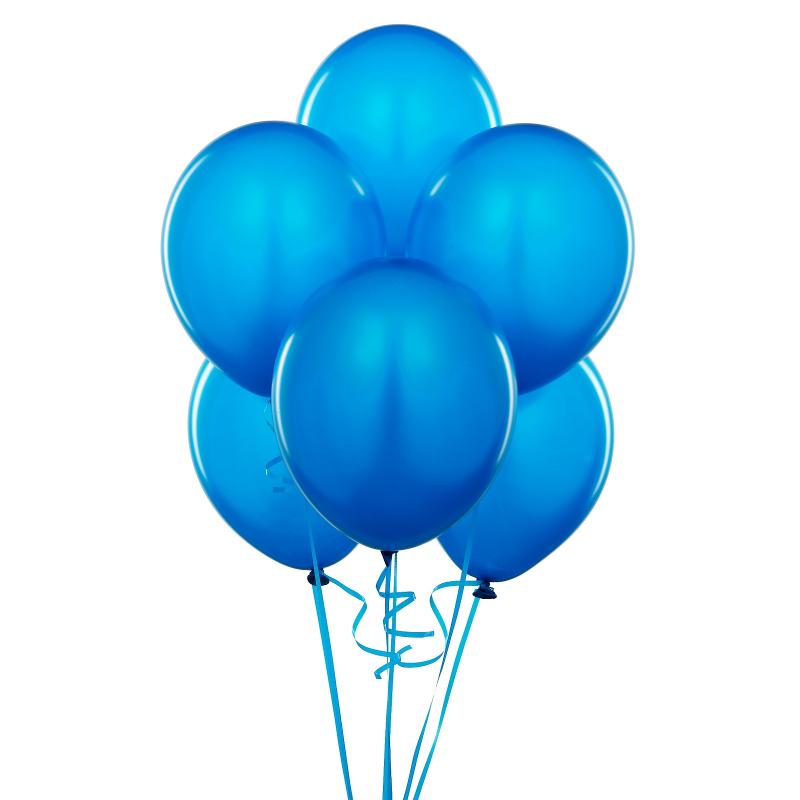 Dear Lord, thank you so much for this gift of 4thdayletters. Through it you have blessed me and you have blessed those who read it. Lord for 4thdayletters only being one year old you have allowed it to grow so much. You are truly an awesome God. Continue Lord I pray to touch my heart with the words you want me to share. I pray that I listen closely and follow your will always. Amen.

Latest posts by Brian Pusateri (see all)
← DanceDo You Love Me →