For the first time in 73 years, Ash Wednesday falls on the same day as Valentine’s Day. While this is a rare occurrence, these two days might have much more in common than you may have originally thought. Valentine’s Day is the day set aside for lovers. With Lent beginning on Valentine’s Day, maybe we can make the entire season of Lent a Season of Love. 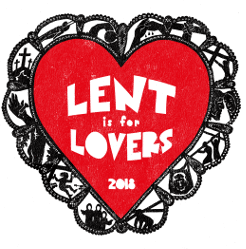 If you think about it, Lent has always been a story of love. It has always culminated with the two greatest acts of love in human history: the death and resurrection of the Son of God. What could possibly be more loving than the Son of God freely giving up His life on a cross for the salvation of all who believe in Him; and what could be possibly be more loving than Jesus rising from the dead to open wide the gates of eternal life?

One striking similarity between Jesus and St. Valentine is that they were both killed at the hands of Roman soldiers. Jesus was unjustly killed by the Romans for preaching the story of God’s love and salvation and St. Valentine, who was a priest in 3rd century Rome, defied Emperor Claudius’ decree outlawing marriage for young men and continued to perform secret marriages,  for which he was put to death. 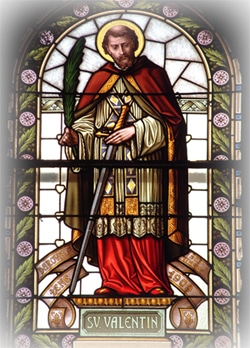 Both of these two died bloody deaths. Both of these two died in acts of love. It’s no wonder that hearts used to symbolize Valentine’s Day are most often blood red in color. We read this in John 19:34: “but one soldier thrust his lance into his side, and immediately blood and water flowed out.” Many scholars believe that Jesus’ heart was most likely pierced by the stab of the lance. Some also believe that it was the fluid of the pericardium surrounding the heart that accounts for the water that flowed out from Jesus’ side.

So what can we make of this rare occurrence of Ash Wednesday falling on Valentine’s Day? Lent is most often thought of as the time Christians give up something. Some fast from candy, ice cream, chocolate, alcohol, soda, or something else they enjoy. Their fast is a form of sacrifice during the Lenten Season. I thought this year we could take our cues from both Valentine and Jesus and in addition to giving up something, we could give away something. They both gave away their lives in acts of love. I had the idea that we could make this Lent a time of giving love to others. Here was my thought:

Attached to today’s 4th Day Letter is a PDF which you can print out. This PDF contains 40 red hearts. Each heart has space for you to write something on it. I thought we could all commit to 40 acts of random kindness or love during Lent. 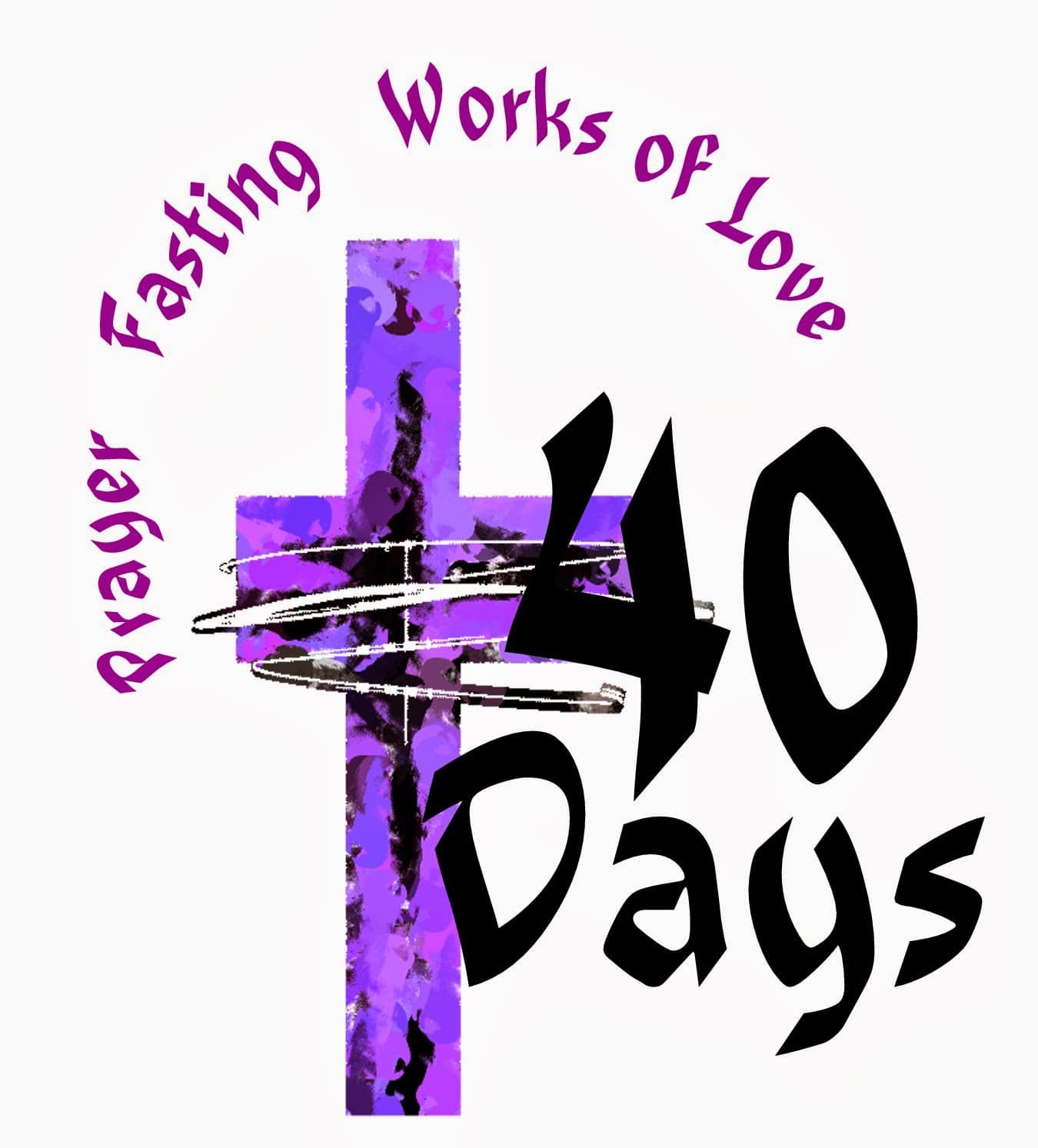 Jesus gave His life as an act of unselfish love for each of us. Now, it is our turn to give the love of Christ to someone else. I encourage you to print the attachment and place it on your dinner table. Each evening throughout Lent, take a moment before dinner to reflect back on your day. Then, write down a description of who you helped that day. Let’s try to write something on all 40 hearts.

Here are a few suggestions to get you thinking:

Do something unexpected to make the day better for your spouse.

Do something special for one or both of your parents.

Pay for the drink for the person behind you at Starbucks

Allow someone else to have the parking space you wanted

Visit someone at a nursing home or hospital

Take a meal to someone who is sick

Write a letter to a friend

Do something nice for a co-worker

Take someone to lunch

Do something special for your pastor/minister/priest

Offer a ride to someone in need

Only post caring messages on social media. Avoid anything negative

Listen to someone who just needs to talk

This list of kind and loving gestures could go on and on. Maybe you have an even better idea of your own. Go for it. 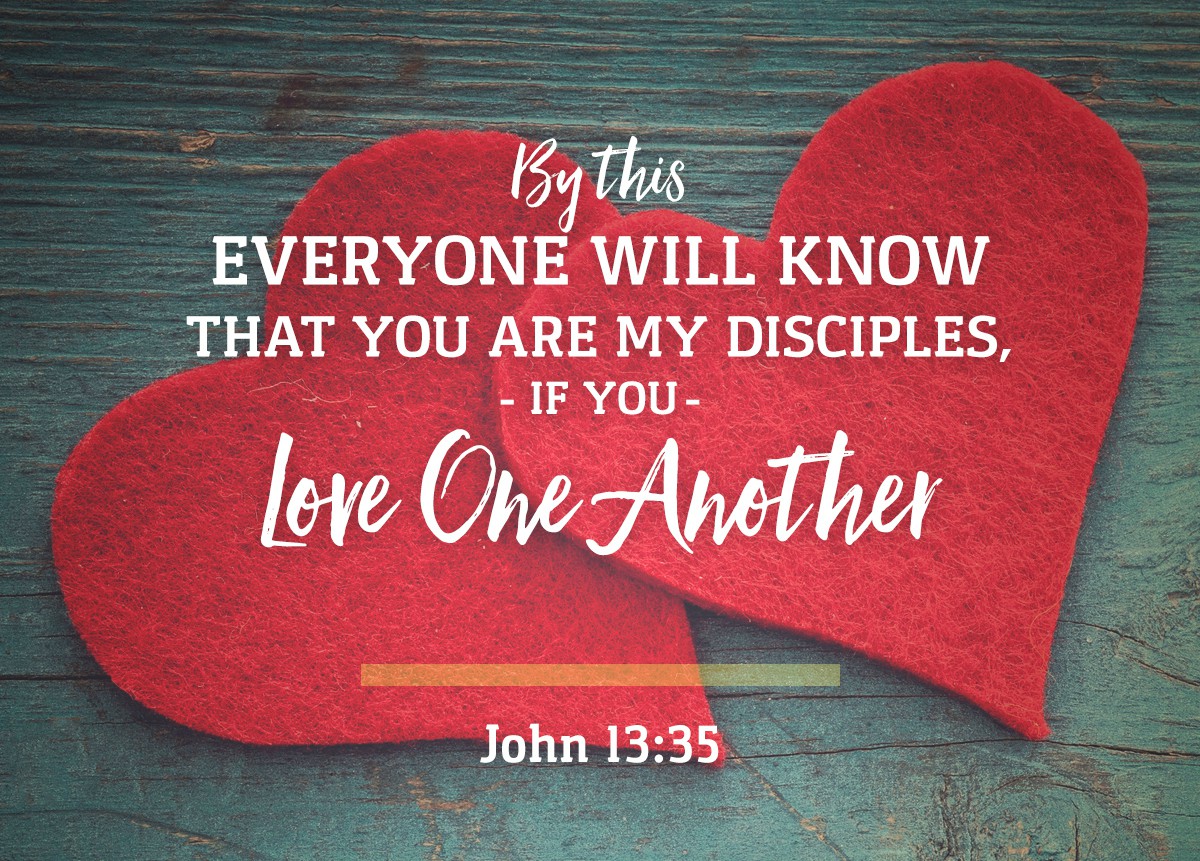 Lent truly is for lovers. John 13:35 tells us: “This is how all will know that you are my disciples, if you have love for one another.” Let’s be true disciples and let’s show the love of Christ to someone every day during Lent.

Dear Heavenly Father, Please send forth your Holy Spirit to help me prepare myself for the celebration of Easter by sharing the love you have shown me to others during these 40 days of Lent. Amen!

We are embarking on a new project to take the message from our 6 hour Blessed Broken and Scared retreat and make it available on a multi part video series. If you or someone you know or a firm you know has expertise in video production I would like to talk to you. You can email or call me. My contact information is listed below. Don’t delay. Thank you.

Latest posts by Brian Pusateri (see all)
← Self IdolatryDigging Up Bones →