Let’s examine together some of the story of the Exodus. At the time of the exodus the people of Israel were God’s chosen people; however, because of their past unfaithfulness we find His chosen people living under slavery in Egypt. God had a better plan for His people. God had a promised land for them. God’s plan was for His chosen people to live in freedom. So how were these Israelites able to arrive in the Promised Land?

The first step was for God to choose a leader. He chose Moses. Notice God chose Moses. Moses did not seek this position or calling it was God who chose Moses. Next God instructed Moses as to His plan. As we read on in Exodus we read about the plagues. Was it Moses who caused the plagues to happen? No, it was by the power of God that the plagues happened, and then cooperating with God’s call Moses was able to lead the people from their bondage and slavery to God’ promised land. 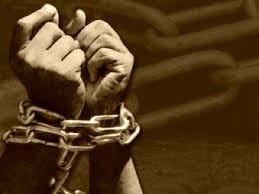 Now let’s examine our world today. In Cursillo, we are taught to “bloom where we are planted”. In other words, we are called to have a direct impact on those environments in which we carry out our daily life. Are there people living in bondage and slavery in the environments in which we exist each day? Of course there are. Just like at the time of Moses and the Exodus, the slavery is generally brought about by unfaithfulness to God’s commands.

Today people all around us have become slaves to money,to secularism, to lust,to greed, to power, to self-centeredness and to so many other things. Like it was for the Israelites, these things are modern day idols. This idolatry causes people to live in slavery and bondage. What is your “golden calf”? 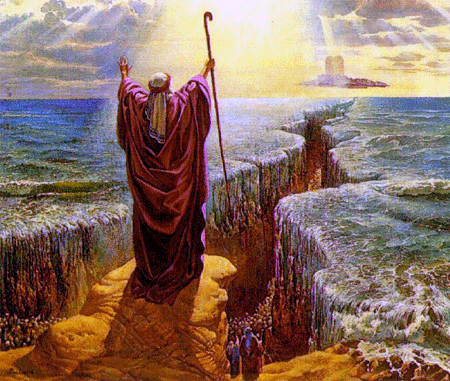 Now, today, in our modern time, God calls individuals to be leaders just like He called Moses. Remember He called Moses; it was not the other way around. My friends, He has also called you! He has called you to lead others to that Promised Land. Moses could not have led the people to the Promised Land alone. No, it took God’s intervention with the plagues to convince the Egyptians to allow Moses to lead his people away. God is prepared to also work miracles in people’s lives today. He is prepared to repair people’s broken hearts and to provide them freedom from their past sins. But He wants to do this by calling you and I to reach out and lead people to the Promised Land today.

Are you ready to respond? Moses told the Egyptians Exodus 5:1 “let my people go”. We have been called by God to “let His people go”. Let’s respond to our call today and help someone find their freedom in Christ our Lord. 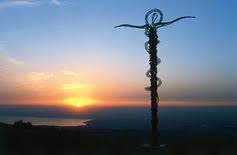 Dear Heavenly Father, just like in the time of Moses when you parted the seas, part my seas of doubt and hesitation and fear that hold me back from being the leader for your people that you call me to be. You fed them in the desert with manna, feed me today Lord with the Bread of Life and with your Holy Spirit and help me today to guide someone to the promised land of your love. Amen.