History is littered with the heinous and despicable acts of humankind. There has been no shortage of human atrocities. Our Savior came into the world as the Prince Of Peace, yet on the heels of His birth, a terrible atrocity occurred. Herod ordered the massacre of all the boys in Bethlehem and its vicinity two years old and under. The depravity of that act is incomprehensible. Why am I writing about such a dark and evil topic only a few days after Christmas?  To find out, please read more. 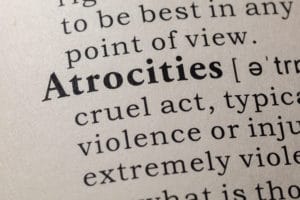 I believe that in order to truly appreciate the events of that first Christmas morning, to grasp the significance of the incarnation of God, and to be filled with the joy of Christ’s virgin birth, we must understand why Jesus had to come into the world.

Throughout history kings and rulers have carried out inconceivable atrocities to keep their grip on power. In just the last 100 years we have witnessed The Armenian Genocide, The Holocaust, The Cambodian Genocide, The Kurdish Genocide, The Rwandan Genocide, and The Darfur Genocide, just to name a few. Wars have claimed the lives of hundreds of millions of people worldwide.

We don’t have to look to wars and genocides to find outrageous brutality. Atrocities occur every day. We have soring murder rates, school shootings everywhere, gang wars, and of course the innocent loss of millions of babies caused by abortion. Humans have been committing depraved acts ever since Cain killed Abel. 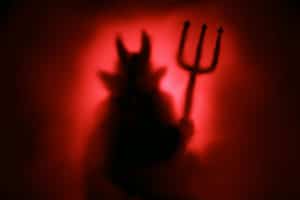 Who is behind all of these atrocities?  That answer is simple. It is Satan and he is the same evil being that prompted Herod to massacre those infant boys described in Matthew’s Gospel 2:16-18. We are in an all-out war, a life and death struggle against Satan. Those slain children were considered by the early church to be the first martyrs.

If we are in a war, author Peter Kreeft says there are three things we must know if we want to win:

A quick study of human history and a few seconds reading the headlines, makes it quite clear we are in a war against evil. St. Paul states the following in Ephesians 6:12, “For our struggle is not with flesh and blood but with the principalities, with the powers, with the world rulers of this present darkness, with the evil spirits in the heavens.” 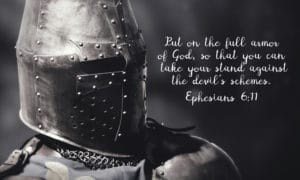 Yes, my friends, the devil has acquired a certain domination over mankind even though we retain our free will. Ignorance of our wounded nature gives rise to much of the evil in our world. The entire world is in the grip of the evil one, and every person’s life is a battle. We are not fighting against human forces but rather, we are at war against demonic forces.

Satan is a cunning adversary, a deceiver, and a manipulator. He slowly and methodically draws us toward evil one step at a time. He watches for signs of our weakness. He makes sin seem appealing. Satan turns the human quest for money, fame, sex, power, and other worldly desires into idols. And before we even know it, we are worshiping at the altar of many false gods. It seems that the closer we draw to God, the harder the devil works to bring us down. Have you experienced this in your own life?

Daniel Defoe, the English writer, most famous for his novel Robinson Crusoe, wrote the following,

Wherever God erects a house of prayer,

The Devil always builds a chapel there;

And ’twill be found, upon examination,

The latter has the largest congregation. 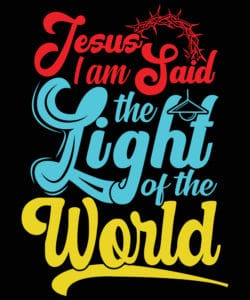 Jesus overcame His own temptations and He defeated death. Now Jesus is calling us out of darkness and into the light of life. Colossians 1:13-14 tells us, “He delivered us from the power of darkness and transferred us to the kingdom of his beloved Son, in whom we have redemption, the forgiveness of sins.”

The Bible warns us to be on guard. In 1 Timothy 4:1 we read, “Now the Spirit explicitly says that in the last times some will turn away from the faith by paying attention to deceitful spirits and demonic instructions.”

So, what must we do to win the war against evil? We must turn to Jesus! In John 8:12 Jesus says, “I am the light of the world. Whoever follows me will not walk in darkness, but will have the light of life.” Ephesians 6:11 advises us to, “Put on the armor of God so that you may be able to stand firm against the tactics of the devil.” Peter tell us to be prepared. In 1 Peter 5:8 he states, “Be sober and vigilant. Your opponent the devil is prowling around like a roaring lion looking for someone to devour.” Without ceasing we should pray to our Heavenly Father, “Lead us not into temptation but deliver us from evil.”

We could not have won the battle against evil on our own. The world needed a Savior, and He was born to us on Christmas. It is for this reason that we sing, “Joy to the world! The Lord is come. Let earth receive her King” 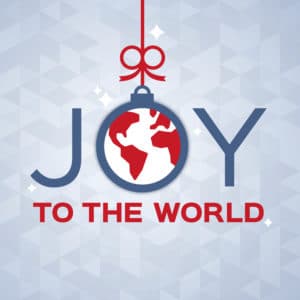 Heavenly Father, the world seems to have an endless amount of hatred, war, killing and division. It would be easy to give into despair. But now, through the gift of your Son, we have hope. We place our trust in Him, and we long for the day that we will share eternal peace with you. Amen!