Jesus taught us to love our enemies. Are we really able to do this? We have recently had some serious tests as a society to see how we as Christian respond. Do we respond differently to the news of criminals who perpetrate horrible crimes? In the three cases that I will mention, did we respond with “I hope these people rot in hell” which often seems to be the response of so many people. Or is our response one where we pray for not only the victims of crimes but the perpetrator of the crimes as well?

I know this can be a controversial topic. I only ask that you read this message and then take it to prayer for the purpose of deepening your own views and thoughts on the topic “love of enemies”.

In Cursillo and the other movements like it, we have been taught that we canbe a more effectiveChristian by living out our Christianity through example, rather than justteaching others about Christ through our words. People really learn a lot about our faith by observing how we act. How we respond when terrible crimes like this happen can be a shining example of ourChristian faith.

Matthew 5:16says it this way, “Just so, your light must shine before others, that they may see your good deeds and glorify your heavenly Father.”

At times, living as Christ has taught us, can be a real challenge and perhaps there is no more difficult example of this than His calling to love our enemy.

Let me ask you a question here. In addition to your prayers and concerns for the various young men, have you prayed and encouraged others to actually pray for Jerry Sandusky and his family? With this recent shooting in Colorado, in addition to the victims have you prayed for the shooter James Holmes and his family? When you read stories in the news about priests and ministers of the faith who committed horrible crimes against children, in addition to praying for the children did you pray and ask others to pray for the persons who committed those crimes? 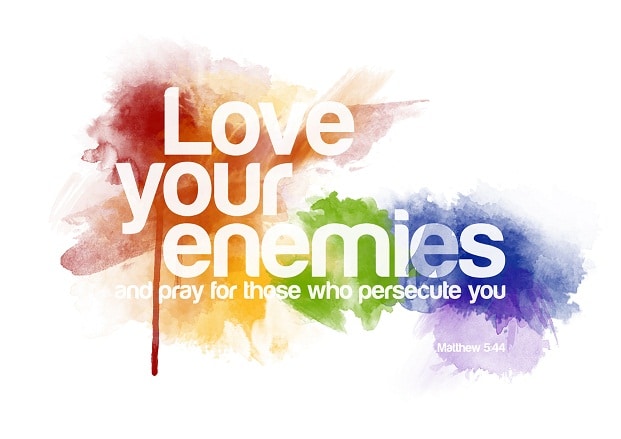 For most of the people reading this email you have only been an observer of these crimes by watching the news or reading about these events in the newspaper. However, some who will receive this email, have been victims of crimes like these or have had family members victimized. It is especially difficult to pray for someone if you were victimized. I pray that God will grant you peace, and healing and that He will give you the ability to also forgive the person or persons who have harmed you.

James Holmes and Jerry Sandusky and those priest and ministers who have committed crimes are still children of God. God longs for them to share eternal life also. He died forALL sinners. Were your reactions to these sinners exactly the same reactions as non Christians? Did you wish for their condemnation? Our Good Shepherd leaves the flock to go in search of just one lost sheep.

Please take a moment to reflect on these bible verses:

Matthew 5:43-48Love of Enemies. “You have heard that it was said, ‘You shall love your neighbor and hate your enemy.’But I say to you, love your enemies, and pray for those who persecute you, that you may be children of your heavenly Father, for he makes his sun rise on the bad and the good, and causes rain to fall on the just and the unjust. For if you love those who love you, what recompense will you have? Do not the tax collectors do the same? And if you greet your brothers only, what is unusual about that? Do not the pagans do the same? So be perfect, just as your heavenly Father is perfect.”

Micah 7:18-19 “Who is a God like you, who removes guilt and pardons sin for the remnant of his inheritance; Who does not persist in anger forever, but instead delights in mercy, And will again have compassion on us, treading underfoot our iniquities? You will cast into the depths of the sea all our sins.” 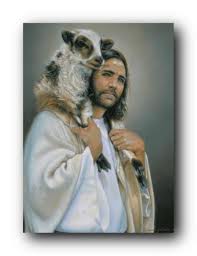 Luke 15:3-7 “So to them he addressed this parable. ‘What man among you having a hundred sheep and losing one of them would not leave the ninety-nine in the desert and go after the lost one until he finds it? And when he does find it, he sets it on his shoulders with great joy and, upon his arrival home, he calls together his friends and neighbors and says to them, ‘Rejoice with me because I have found my lost sheep.’I tell you, in just the same way there will be more joy in heaven over one sinner who repents than over ninety-nine righteous people who have no need of repentance.”

In my email today I want to encourage you to, by way of example when news of this nature breaks,pray for both the victims and those who have caused the crimes. I also want to extend a special word of thanks to those Christians who are involved in Kairos or other prison ministries who reach out to prisoners to help bring them back to our Heavenly Father by witnessing to them the love and forgiveness of Jesus Christ. We are called to bring hope to the hopeless and to visit the prisoners.

So in conclusion, it is clearly not my intention to down play or diminish the seriousness of these horrible and unspeakable acts. Neither is it my point to suggest these criminals don’t deserve to be punished for their crimes. My intent is to simply reflect on the magnitude of God’s ability to forgive. Clearly these people must repent and seek that forgiveness. But when they do, our loving Father has the ability to forgive. Do we?

Latest posts by Brian Pusateri (see all)
← Who Me? Couldn’t BeHiding Behind Fig Leaves →