Today, January 3rd, Roman Catholics celebrate the feast of The Most Holy Name Jesus. Many other Christian denominations also celebrate this feast early in the month of January. It is celebrated soon after Christmas because of its association with Christ’s circumcision which took place on the eighth day.

Let’s take a look at a few Bible verses:

“Behold you will conceive in your womb and bear a son, and you shall name him Jesus. He will be great and will be called Son of the Most High, and the Lord God will give him the throne of David his father, and he will rule the house of Jacob forever, and ofhis Kingdom there will be no end.” 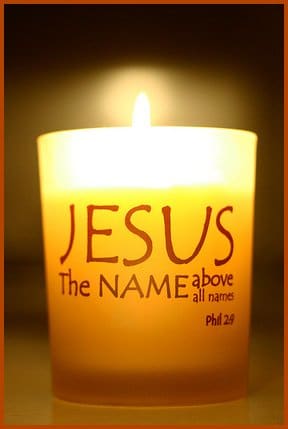 “She will bear a son and you are to name him Jesus, because he will save his people from their sins.”

“When eight days were completed for his circumcision he was named Jesus, the name given him by the angle before he was conceived in the womb.”

Jesus tells us in John 16: 23“Amen, amen,I say to you, whatever you ask the Father in my name he will give to you.”

In the Acts of the Apostles we read that the Apostles and disciples worked many miracles through the name of Jesus. Finally Paul tells us in Philippians 2: 9-11“Therefore God has highly exalted him and bestowed on him the name which is above every name, that at the name of Jesus every knee shall bend in heaven and on earth and under the earth, and every tongue confess that Jesus Christ is Lord, to the glory of God the Father.”

Throughout salvation history God chose select people to name: Adam- Man of the earth, Eve- mother of all the living, Abraham- father of many nations, Peter- the rock. But ultimately, the greatest name was revealed by the angel Gabriel when he revealed the name to Mary: “You shall call His name Jesus.”

We call ourselves Christians because we follow Jesus Christ our Lord and Savior. Join me today in celebrating His precious name. Simply close your eyes and for several minutes repeat over and over and over the name:

We are united in our calling to be disciples of Jesus. We are called to bring others to know him. May we always find strength and love in his precious name. Amen.