Are you familiar with the medical term “referred pain”? It is defined as follows: “Pain that is felt in a part of the body at a distance from the area of pathology, as pain in the right shoulder derived from the presence of a gallstone in the bladder.” Are you aware that you and I are at times the cause of referred pain in the Body of Christ? Let’s take a look.

I think perhaps we have all known someone who has suffered from cancer. Cancer pain can occur at the primary site of the cancer as it destroys nearby tissue, or it can occur in other parts of the body far away from its origin as the cancer metastasizes throughout the body. Cancer pain can even result from the treatment of the cancer such as the chemotherapy, radiation or surgery. Finally, a common issue of cancer is caused when a tumor grows and puts pressure on a nerve and the inflamed nerve creates referred pain in other parts of the body. 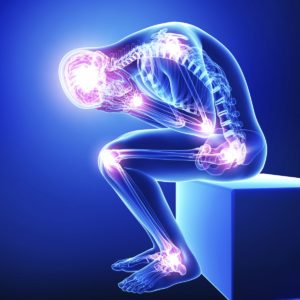 I recall that when my father was in his end stage of cancer, after it had ravaged his body for two years, that it caused great pain whenever anyone of us just tried to comfort him with a touch or adjust his position in his bed. Perhaps you have experienced this with one of your loved ones. His entire body was suffering from a cancer that started in one area.

Let’s look at this from a slightly different angle. What I just described above is physically referred pain. If you are a parent and one of your children was hurting you have most likely experienced their pain. This is a type of referred pain as well. Their pain could result from something as simple as a skinned knee, a bad day in school or a break up with their boyfriend or girlfriend, but when they were hurting we were hurting as well. If their pain rises to a much higher level such as that caused by a serious illness or hospital stay the referred pain experienced by the parent can be classified as traumatic stress symptoms.

In 1 Cor. 12: 12-26  Paul describes the body of Christ (the Church) by using the analogy of the human body. He writes this: “As a body is one though it has many parts, and all the parts of the body, though many, are one body, so also Christ.” Further into this passage Paul also writes: “If [one] part suffers, all the parts suffer with it; if one part is honored, all the parts share its joy.”  For the purpose of our meditation today, I am asking you to think of this as “spiritual referred pain.” 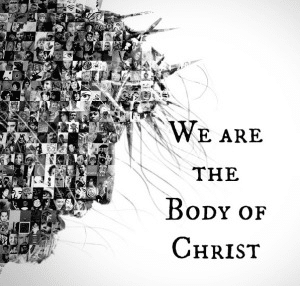 Clearly some sins hurt other people. Obviously murder, rape, stealing, are examples of sins that harm others. However, at times Satan tricks us into believing that some sins are private and have no impact on anyone other than ourselves. For example, viewing pornography or cheating on taxes. The sin of one impacts all. Let’s examine two ways that so called “private sin” can impact the entire body of Christ.

The evening news has routinely presented us with examples of famous people who thought they were engaging in “private sin” only to have that private sin discovered and brought to the light of day. We are all familiar with a recent president who’s seemingly private Oval Office escapades hurt not only his family but perverted an entire generation’s understanding of acceptable behavior.

All sin produces guilt and shame; private sin is no exception. When we harbor guilt, it not only impacts us but it impacts those around us. Guilt often leads to stress and stress can lead to irritability, sleeplessness, depression, and other issues all of which impact more than just the person with that guilt. One person’s guilt, which was caused by their sin, can trigger a domino effect on everyone around them.

Hopefully you can follow my analogy and see how the sin of one impacts the entire Body of Christ, just like referred pain caused by cancer impacts other parts of the body and the pain of a child is transferred to the parent. I want to leave you today with one deep and thought provoking question. In what ways are your sins causing referred pain to the Body of Christ?

Heavenly Father please convict my heart of all the ways that my sins cause pain to the Body of Christ and grant me the grace to repent from theses sins, amen. 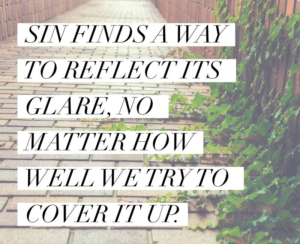 To write to me and share your thoughts, views or questions, email me at Brian@BrokenDoorMinistries.com