Have you ever owned a hound dog? If you have, then you know why they are sometimes described as “a nose with a dog attached.” Whether a droopy-eyed, long-eared basset hound or a cute little beagle, they both come from a long history of hunting dogs. Did you know that God has sometimes been referred to as the Hound of Heaven. Find out why. Please read more…. 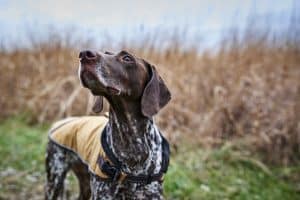 A hound is a type of hunting dog used to track or chase prey. Most hounds were bred and trained to track by either scent or sight. Scent hounds (often used to track people) are not fast, but they have incredible endurance. Sighthounds on the other hand, follow prey mostly by speed, keeping it in sight. Whether tracking on the ground or by scent, both are relentless in pursuit of their prey.

For just a moment, try to place yourself in the mindset of a prisoner who has just escaped from prison. The prison has released the bloodhounds. They are out to track you down. You are on the run. The blood curdling sound of their barking tells you that they are closing in. It’s only a matter of time before you’re caught.

From a Christian perspective, we share some similarities with that escaped prisoner. Since the first appearance of sin, mankind has been on the run from God. The Old Testament reads like a nonstop story of rebellion. God’s people have continually tried to escape His love. Throughout these stories, we witness God’s relentless pursuit of His chosen people. Already in Genesis 3:9, when Adam and Eve try to hide in the garden, God says, “Where are you?” Like a hound, He was already in hot pursuit. 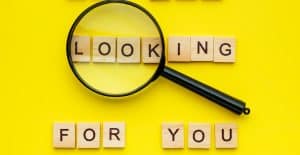 We also find this in the Old Testament in Psalm 139:7-8, “Where can I go from your spirit? From your presence, where can I flee? If I ascend to the heavens, you are there; if I lie down in Sheol, there you are.” The Bible makes it clear that we can run, but we cannot hide. We cannot escape the love of God!

In the New Testament, we discover in a more profound way that God never stops pursuing us. He loves us too much to stop. He longs for us to be with Him in paradise. John 3:16 makes this quite clear, “For God so loved the world that he gave his only Son, so that everyone who believes in him might not perish but might have eternal life.”

Jesus Himself speaks of the extent to which the Father pursues us when He tells the parable of the lost sheep in Luke 15:1-7 and the story of the lost coin in Luke 15:8-10. In both of these parables, the loss was accidental. The coin was accidentally misplaced and the sheep innocently wandered away. 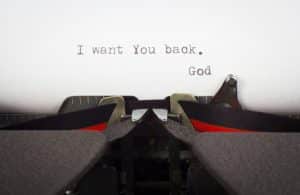 Jesus gives us even more hope in the story of the prodigal son found in John 15:11-32. In this story, the son intentionally demanded his inheritance and squandered it on a life of dissipation. Even though it was a willful rebellion, Jesus tells us that the father never gave up longing for the return of his son. Even when we intentionally sin, God’s pursuit of us is unabated. God has more endurance and stamina to doggedly track us down than the best trained hound dog.

I need to make one additional key point. Keep in mind that before we knew to pursue God, He had already pursued us. John 6:44 states, “No one can come to me unless the Father who sent me draw him, and I will raise him on the last day.”

Let’s go back to my analogy of the escaped prisoner. When the bloodhounds catch up to the prisoner it is for the intent of bringing the escapee back to prison. This is where my analogy breaks down. With the speed of a sighthound, God pursues us. We are never out of His sight. Like a scent hound He tracks us. Because of the stench of our sins, we are easy to find. But here lies the difference. We find this joyful assuring news in John 3:17. “For God did not send his Son into the world to condemn the world, but that the world might be saved through him.”

My friends, God is relentlessly pursuing us, not to take us captive, but precisely for the opposite reason. God wants to release us from the chains and self-imposed prison of our sins. He wants to take us home to be with Him forever in paradise. 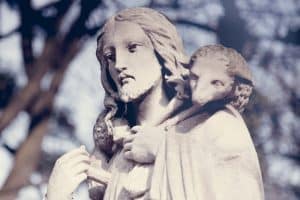 Yes, God is in a relentless pursuit of us. Wherever we might be on our life’s journey God wants us back. No sin can separate us from His love. He stands ready to forgive. He does not want to capture us with the biting teeth of a hound, but rather, He wants to capture us in the loving embrace of His outstretched arms. Like a shepherd who has lost a sheep, He wants to carry us home on His shoulders.

Heavenly Father, thank you for never giving up on me. Thank you for your relentless pursuit. No matter how far I stray, you find me. If I fall into a ditch, you are there to retrieve me. When I give into sin, the blood of your Son washes me clean. Your love for me exceeds my ability to comprehend. Track me down Lord and bring me home. Amen.