Is it possible that we as Christians can learn an important theological lesson from something as simple as a children’s Fairy Tale? The tale in question is The Three Little Pigs. By the end of that story we all know that only one house, the one made of bricks, was able to withstand the attack of the wolf. The houses made from straw and from sticks were both blown down. In Matthew 7:15 Jesus gave His followers this alert: “Beware of false prophets, who come to you in sheep’s clothing, but underneath are ravenous wolves.” Are you prepared to defend yourself if you should find yourself surrounded by a pack wolves?

In Acts 20:29-30 Paul gave the early followers of Christ a similar ominous warning. He tells them that from within the followers of Christ some will come forward like SAVAGE WOLVES and pervert the truth: “I know that after my departure savage wolves will come among you, and they will not spare the flock. And from your own group, men will come forward perverting the truth to draw the disciples away after them.” 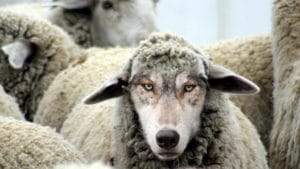 There are two key words that I would like to focus on today. The first is the word “wolves,” which is used in both of these verses in its plural form. The second word that I want to draw your attention to in the verse above is “truth.” We need to ask ourselves: “Who are the wolves, and what is truth?”

Let me first address the word “wolves.” Wolves are predatory animals and they almost always attack in packs. This might have been one of the reasons the plural form of the word was used. Fatal attacks of humans by wolves are rare; however wolves routinely attack other animals. While a solitary wolf may be unsuccessful when attacking a larger animal like a moose, a pack of wolves on the other hand can make easy prey of a moose.

I want you to think about something. Apply this to our modern world. If one Christian leader acting alone came forth perverting or distorting the message of Jesus, would many Christians listen or follow this leader? Now let me ask a different version of that question. If a large number of Christian leaders, a pack if you will, began to slowly drift away from the true message of our Lord, and over time begin to convey their interpretation as “the truth,” would many Christians fall prey to these wolves in sheep’s clothing? Who might these wolves be? I can’t answer that except to say that we are all instructed to be on guard. Because these wolves are disguised they are hard to spot. In reality many of the wolves themselves aren’t even aware that they are distorting the truth. They hold fast that their deeply held beliefs are in fact the truth.

Now that we have examined the word “wolves” let’s turn our attention to this idea of distorting the “truth.” To do this we must ask ourselves: “what is truth?” You might think the answer to that question is simple, but it might not be. Your first response might be to say to just look to the Bible to discover the “truth.” The sad reality is that we Christians still can’t agree on the number books that make up the Bible. If we can get beyond the number of books controversy, we are still left with thousands of interpretations of the verses that we do agree on. What role does the church itself have in truth? My intent is not to put the emphasis on our different beliefs, but rather my purpose is to highlight and draw our attention to the elusiveness of what we call TRUTH. Yes, there is REAL TRUTH!

Just because a large number of Christian leaders, a pack, say something is “the truth” does not necessarily make it true. So how are we as Christians to know truth? What’s a Christian to do? How do we strengthen our faith like the Three Little Pig’s built strength into their brick house? In other words, how do we protect ourselves from the wolves?

We get our first clue in Acts 17:10-11. In these verses Paul compares two groups of Jews who had recently converted to followers of Christ. He said that the group who examined the scriptures DAILY and compared it to what they were hearing preached, was the fairer minded group. Do we do that? Do we compare and contrast what we hear from our modern day Christian teachers to what we ourselves read in the scriptures? Do we even read the scriptures daily?

Our second clue comes from Jesus himself in John 17:11-26. Jesus prayed before His death for all of His future followers. He prayed that we could remain rooted in truth. He also set an example for us. We too need to pray to stay rooted in the truth and to avoid falling prey to any false prophets.

When Jesus was addressed by Pilot leading up to His crucifixion He responded by saying this: “For this I was born and for this I came into the world, to testify to the truth. Everyone who belongs to the truth listens to my voice.” 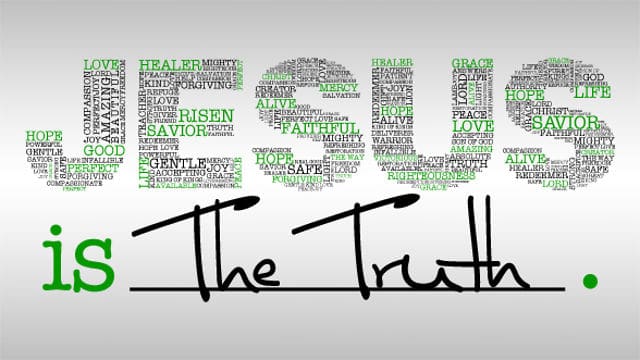 In the wild outdoors, larger animals routinely fall prey to smaller wolves. Are you too big, and is your faith too strong to fall prey to the attack of a pack of “wolves” who with their collective messages inadvertently or not pervert the truth of the Gospel? Wolves can be hard to spot, so be careful how you answer this question.

Take a theological lesson from those three pigs. Build a strong house of faith. Read Scripture daily and pray without ceasing. Remember this: an isolated Christian is easily led astray and is more susceptible to an attack. Stay plugged into a strong Christian community. Doing these things will give you your best defense against a wolf attack.

Heavenly Father, draw me close to you and never allow me to fall prey to the teaching of the false prophets, I ask this in Jesus name, amen.