As an estate planner for 33 years I have witnessed families who have successfully passed wealth and values down from one generation to the next. I have also watched many families squander in the second generation all of the hard work, values, and wealth created by the first generation. Usually the inherited wealth is squandered when the second generation seems to have no work ethic and is content to simply live off the wealth of the previous generation. Have you ever known anyone like that? The same thing can happen to our spiritual inheritance. Are you squandering yours? 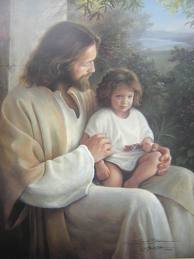 You see, through Jesus Christ, you and I have become co-heirs of God’s kingdom. God longs for us all to share in the kingdom of Heaven. But the question is how does He want us to share in the kingdom? As Christians, we believe He wants us to share as His children. We were told by Jesus to call God our Father. Jesus came to die to take away our sins and to rise to share with us an eternal son-ship with the Father. Jesus referred to God as Abba Father, like we would say Papa or Daddy. He called us to a true Father/ child relationship. In the parable of the prodigal son we are given an example of how the father reacts when a son who has squandered his inheritance repents and returns home.

So if our inheritance is a relationship as a child to a loving Father, do all other religions view their relationship with their god the same way? Certainly not. Let’s look at what weare being told is the fastest growing religion of today, Islam. Their theology is one with Allah as master and all people as slaves. Our Christian theology is one of God as Father and all people as His children. His love was shown by His son’s death on the cross. 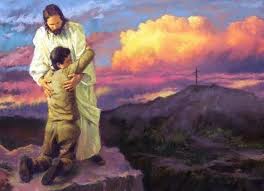 Jesus came into this world and brought us a message of love! We read in John 15: 9-17: “As the Father loves me, so I also love you. Remain in my love. If you keep my commandments, you will remain in my love, just as I have kept my Father’s commandments and remain in his love. I have told you this so that my joy may be in you and your joy may be complete. This is my commandment: love one another as I love you. No one has greater love than this, to lay down one’s life for one’s friends. You are my friends if you do what I command you. I no longer call you slaves, because a slave does not know what his master is doing. I have called you friends, because I have told you everything I have heard from my Father.”

In Gal 3:26 Paul says, “For through faith you are all children of God in Christ Jesus.” We as God’s children have inherited a message of love and forgiveness and a relationship to the Father as His children.

Are we squandering our enormous spiritual inheritance? Christianity today is eroding in many places around the world.Islam is growing. Muslims are both out populating Christians (do in large part to Christians ignoring the church’s teaching against birth control) and they are more actively evangelizing than Christians in many areas too. Perhaps we can learn something from the Muslims fervor and commitment.

Again I ask, are we like children of a rich man who inherited wealth and now we don’t work to grow that wealth, we simply waste what we havereceived? We are called into action. We have received an abundant inheritance. We are called to share it to the ends of the earth. How are you doing with your inheritance? Are you keeping your relationship with God a well kept secret? Do you simply pray, go to church and live a quiet Christian existence or have you instead chosen to freely share the inheritance you were given? There is an urgency to our calling!

Jesus we ask that you send your Holy Spirit to guide us and empower us and embolden us to carry out our calling to bring all the world to your loving embrace. Amen