Following Lee’s remarks from last week, it is an honor as well to fill in for Brian during his time away. Safe travels to you my friend. And I pray the words contained here are of some meaning…

As I’m sure all the star-gazers and barbeque grill-masters are already well aware, the summer solstice is about to occur on June 20th. This is the day when those of us living in the Northern Hemisphere have the most sunlight – our longest day and the first day of summer. From now till the winter solstice on December 21st, we will also be steadily losing daylight with each passing day. It is with these thoughts and a slight twinge of curiosity that I read about the upcoming solstice celebrations planned at Stonehenge in England. 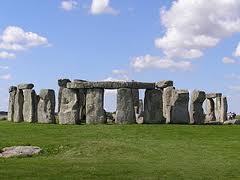 Stonehenge is an ancient man-made site that pre-dates Christianity. It was built from large stacked stones and its purpose is not fully understood. The builders lived before recorded history and left no record of their intent. Some believe Stonehenge functions as a celestial calendar which aided the ancients in predicting the equinox, solstice, and eclipses necessary for their creation-based worship. Others feel it served as a place of healing and ancestor worship due to the burial remains that are present there. Nonetheless, Stonehenge remains a place steeped in mystery and wonder.

Every year thousands of people flock there to celebrate the summer solstice. As you are reading this now, they are beginning to gather. The revelry typically begins on June 20th and subsides on the 23rd. Pagans, Druids, New-Agers and Cosmologists, among others show up to celebrate. Many were asked why they were there. Some said simply to join in the celebration. Others said to stay connected with the past. However, most responded, “To give thanks for the new season.” Wouldn’t it have been interesting to ask the next logical question, “And who is it that you are actually thanking?”

Now let’s contrast the celebration at Stonehenge with another upcoming event that probably won’t make many major news outlets. This event commemorates another historic moment in time – an event steeped in mystery and wonder as well. In a quiet, almost unassuming way, our Church celebrates the nativity of Saint John the Baptist on June 24th.

This date is derived from the first part of Luke’sgospel where the angel Gabriel says to Mary,“and behold, your kinswoman Elizabeth in her old age has also conceived a son; and this is the sixth month with her who is called barren.” So at the moment Jesus is conceived in Mary, Elizabeth is already six months pregnant with John. Therefore, a little simple math tells us that exactly six months before the nativity of our Lord, the nativity of John is set at June 24th. 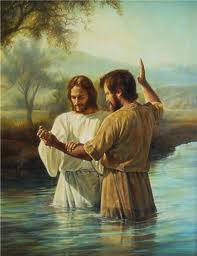 Isn’t it astonishing that the nativity of Jesus and John are so closely associated with the gaining and diminishing of light? It has been said we don’t know with certainty the date of Christ’s birth. Nothing in the bible nor any historical document states the actual date. However, the Church, in her inspired wisdom looks to the light of scripture to set the birth of our Lord a few days following the winter solstice. Think of the imagery in this date. The solstice revelry has subsided but the cold starkness of winter is still felt. However, it is December 24th and a new light is coming into the world. Growing ever brighter, warmer and life renewing. Could there be a more fitting time for the birth of a Savior?

But before December 24th, we have June 24th. Again the solstice revelry has stopped. However, in this time we begin to lose daylight. How powerful to recall John the Baptist’s words from the gospel of John, “He must increase, but I must decrease.” Perhaps the 24th of June is a most fitting metaphor for John’s life and ministry. This is what he dedicated his life toward. This is what he died doing. Could there be a more fitting time for the birth of a Herald? Maybe June 24th should be a fitting metaphor for the re-birth of us all.

So as we enjoy our summer cookouts and vacations, realize that our daylight steadily lessens. And during this time, as Christ’s faithful, we look to John the Baptist for inspiration. We too must decrease – our pride, our ambivalence and our sin. Let the love of Jesus increase in our lives. This is not about us, it is about Him. We live because of Him and for Him. And remember dear ones – there are only 187 worship days left till Christmas.

Let’s close with a few words from Psalm 71. We pray:

In you, O Lord, I take refuge; let me never be put to shame.In your justice rescue me, and deliver me; incline your ear to me, and save me.Be my rock of refuge, a stronghold to give me safety,

For you are my rock and my fortress.

O my God, rescue me from the hand of the wicked.For you are my hope, O Lord; my trust, O Lord, from my youth.

On you I depend from birth; from my mother’s womb you are my strength.

My mouth shall declare your justice, day by day your salvation.

O God, you have taught me from my youth,

and till the present I proclaim your wondrous deeds.

Let us pray for the courage of the Baptizer to live these words all our days.

Your Brother In Christ,

Jesus died on the cross and rose from the dead for the forgiveness of my sins and I profess Jesus to be my Lord and Savior.