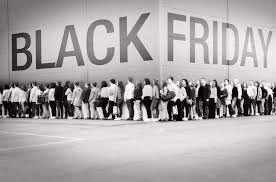 A recent New York Times Article from November 28, 2014 had this headline: Up Early in Pursuit of Deals, Black Friday Shoppers Find Small Crowds. The article described how a 54 year old in Northern Virginia arrived at the shopping center at 3 a.m. for the purpose of securing the big savings on the product he was looking for. I wonder how many alarm clocks he had set to make sure he did not miss this saving opportunity. Can you imagine his disappointment if he had over slept? Spiritually speaking,the biggest saving event in the history of the world came about as a result of Jesus Christ. As many Christians around the world start this year’s Advent Season, they receive this warning in Mark 13:36: “May he not come suddenly and find you sleeping.” If there was a risk for this man in missing the savings event at the store on Black Friday, imagine how much more tragic it would be to miss the coming of Christ!

According to Wikipedia, Black Friday is the name given to the shopping day after Thanksgiving. It was originally called Black Friday because so many people went out to shop that it caused traffic accidents and sometimes even violence. This term is thought to have originated around 1961 in Philadelphia. In 2013, approximately 141 million U.S. consumers shopped on Black Friday, spending a total of $57.4 billion, with online sales reaching $1.2 billion. 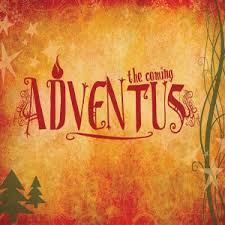 As a result of the huge sales volume at many retailers, the term Black Friday has taken on another meaning. In accounting terms, to be in the red is to have a deficit or to be losing money. To be in the black, is to be making money or to be profitable. So for many retailers Black Friday is the day they hope to get out of the red and to become profitable for the year. I suppose historically speaking the world was in the red (living in a deficit caused by sin) and the birth of the Christ child signaled the saving that was about to occur for God’s people.

Advent is a season observed in many Western Christian churches as a time of expectant waiting and preparation for the celebration of the Nativity of Jesus at Christmas. The term is an anglicized version of the Latin word adventus, meaning “coming”. Latin adventus is the translation of the Greek word parousia, commonly used to refer to the Second Coming of Christ. For Christians, the season of Advent anticipates the coming of Christ from two different perspectives. The season offers the opportunity to share in the ancient longing for the coming of the Messiah, and to be alert for His Second Coming.

Do we all agree that this time of longing and preparation for Jesus Christ is far more important than any savings on Black Friday or any other shopping day leading up to Christmas? It is so important, that we receive yet another warning in Mark 13:33 which states: “Be watchful! Be alert! You do not know when the time will come.” As we wait and prepare from now until Christmas we are challenged to recall the longing of the Jews in the Old Testament for the Messiah, and to ourselves to be watchful for the second coming of Christ. 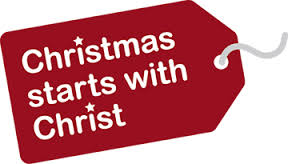 No matter how hard we try it is impossible to wrap our brains around the magnitude of God. Imagine a God so powerful that He created from nothing everything that exists in the entire universe. Now imagine God’s love which is so great that He sent His son to be incarnate of a virgin and become man. Yes, our God chose to allow His son to be one like us in our humanity. His birth signaled the beginning of His march to Calvary which led to His death on the cross and His resurrection from the dead so that we can enjoy the promise of everlasting life.

As I said above, there has never been a saving event like this before, nor will there ever be one like it again. Now here isa sad reality, in today’s modern world there seems to be more excitement during this advent season about finding a savings at some store for our favorite item for Christmas than there is for the preparation of the coming of the Christ child.

Perhaps some of us today do not see ourselves as sinners in need of a savior. Clearly Isaiah saw the Jewish people of his time as people in need of being saved. Couldn’t this verse from Isaiah 64: 4-5 apply to us as much today as it did to the people back then? “Behold, you are angry, and we are sinful; all of us have become like unclean people, all our good deeds are like polluted rags; we have all withered like leaves, and our guilt carries us away like the wind.” Recognizing their need for God to save them, we read this in Isaiah 63:17 “Why do you let us wander, O LORD, from your ways, and harden our hearts so that we fear you not?” Can we all make this Advent season our time to call out to our Lord as we acknowledge our dependence on Him as the one who saves us from our sinfulness? 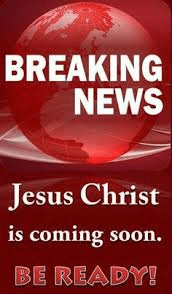 Christmas Day could be likened to a banquet. As we prepare during Advent for Christmas we are being called to reflect on the Old Testament promises already fulfilled and the promise of the second coming of our Lord. I was struck by the words to the “Wedding Banquet” song:

During Advent we are called to prepare for the Christmas banquet. Do we find excuses, just like in the lyrics above, during this busy time of year to keep us from focusing on what this Advent season is all about? 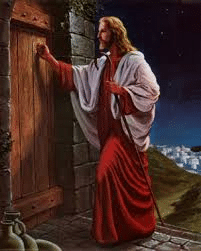 Jesus wants this to be a time of year where He can remove all of the barriers between Him and us. What is going to keep you from celebrating the true meaning of Advent this year? Let’s take advantage of this season to reflect on how the prophecies and promises of the Old Testament were fulfilled. Then as we reflect on how  God kept all of His Old Testament promises, let’s turn our attention to His promise to come again. It is with this belief in Jesus’ second coming that His words in Mark 13:37 take on all that much more importance to us: What I say to you, I say to all: ‘Watch!'”

So during this Advent Season, with longing hearts and watchful eyes, join me in singing: