Christmas is that time of year when our thoughts turn to our families. Families are one of God’s great gifts to mankind, however, they can sometimes be messy. Much has been written recently about disfunction and the deterioration of the nuclear family. Every family seems to have a black sheep. Does yours? Maybe you or I are, or once were, the black sheep in the family. Christmas brings hope, peace, and healing from past wounds. I invite you to read more. 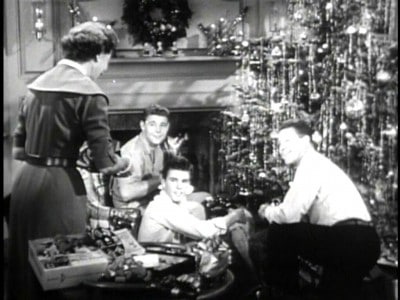 In the early years of television, many of the families were presented as near perfect families. Shows like Ozzie & Harriet, The Donna Reed Show, My Three Sons, The Brady Bunch, and The Waltons all tried to portray idealistic families.

All in the Family ushered in a brand-new view of family life. Sex, politics, race relations, women’s liberation, bigotry, and bias all made there way to the screen. The depiction of dysfunctional family life was set in motion.

The late 70s and 80s made one final attempt to give us some semblance of what was considered normal family life with shows like, Eight Is Enough, Family Ties, and The Wonder Years. Racial diversity appeared with shows like the Jeffersons and The Cosby Show, which attempted to portray black family life. In time, we saw even more racial diversity with families of all ethnic backgrounds.

Eventually, Hollywood pushed family life into a whole new frontier with shows like Roseanne. Soon shows like The Simpsons, Everybody Loves Raymond, and Modern Family were dominating the ratings. Nothing about these families bears a resemblance to the pioneer families of television. 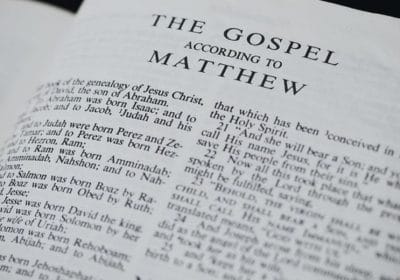 We don’t have to look any further than the beginning of the New Testament. Chapter one of Matthew’s Gospel gives us the genealogy of Jesus. I can assure you that many of the characters in His genealogy look more like the those depicted in The Modern Family than those depicted in Ozzie and Harriet.

Jesus’ family tree reveals a long line of dysfunctional people. Tamar was one of Jesus’ more scandalous ancestors. In Genesis 38, she dresses up as temple prostitute and seduces Judah, her father-in-law, to sleep with her and he fathers a son.

Rahab was another of Jesus’ interesting relatives. Her story has similarities to Tamar’s except she didn’t have to pretend to be a prostitute. She ran a brothel in Jericho. And of course, we all know about the antics of King David. Not only did he have an adulterous affair with Bathsheba, but he sent her husband to the font line of battle to be killed.

Human dysfunction is vividly displayed throughout the Bible, in fact, it was amazingly evident in Jesus’ family tree. Normally we try to distance ourselves from the black sheep in the family or if they were people in the past, we pretend like they didn’t exist.  Matthew, on the other hand, put dysfunction front and center. Why do you suppose he did that? 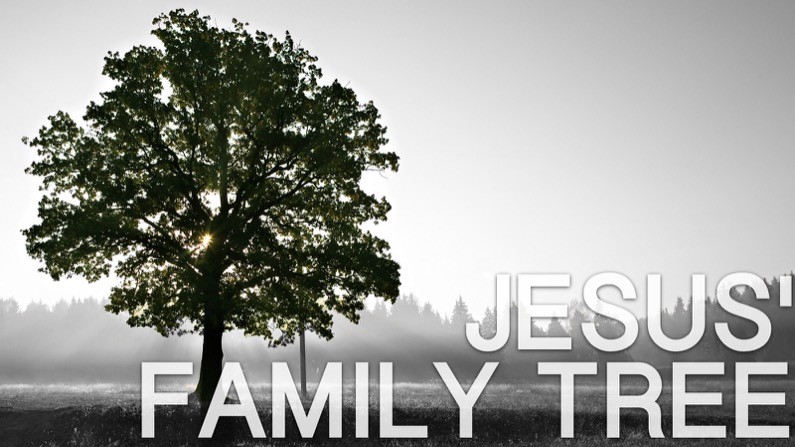 Before I answer that, let me add my own story. Just a few years ago, I tracked down my biological history through Ancestry DNA. I was not surprised to find some broken limbs in my family tree. There was plenty of family intrigue going on. In full disclosure, I have added my own share of mistakes to that history. I have struggles and sins littering my past. In fact, this ministry was born out of my brokenness.

Why have I spent so much time highlighting family dysfunction? Because it is part and parcel of the human experience. If you have caused or experienced discord and dysfunction within your own family, then Christmas should be a time of hope.

Matthew’s Gospel gave us a litany of broken individuals, but it doesn’t end there. He rapidly shifts the focus to the birth of the Christ Child. To experience the true joy of Christmas, we also need to shift our focus to the Messiah! Jesus is the pure white, unblemished lamb, who came into the world on that first Christmas Day. God gave us the gift of His Son to save us from our past. He is also our source of comfort when family strife exists. That is where our thoughts should be as we kneel before His manger on this Christmas day. 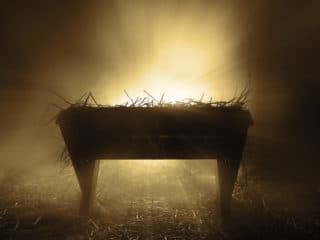 Heavenly Father, thank you for the gift of your Son. You saw all of this dysfunction in the human family and you knew we were incapable of saving ourselves. You gave us your only Son on that first Christmas Day. Lord, I place my faith and belief in Him as my Lord and Savior. Amen!