This past Sunday at church I heard a very familiar Gospel reading, John 15:1-8. In this Gospel reading John relates the story of Jesus telling us that “He is the vine and we are the branches”. We have all heard and read this message before; but this past Sunday, during the homily, the priest helped me to see so much more in these verses. 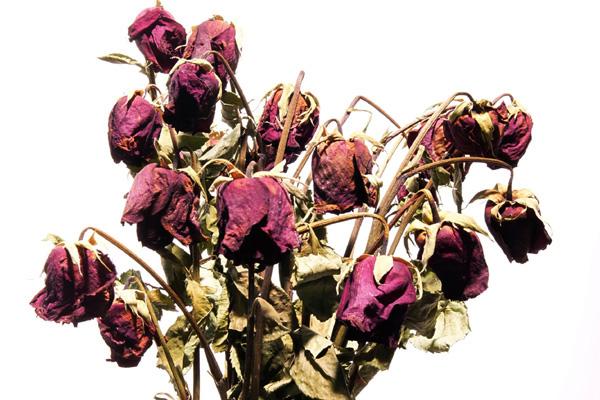 Using a very practical example, he pointed to the beautiful flowers at the front of the church. The he asked this question. “These flowers currently today look beautiful for us all to see, but when did they start to die?” The answer of course was they began to die as soon as they were cut. Yes, once they were severed from their roots, the process of withering and dying began. By mid-week these flowers that seemed so alive and beautiful on Sunday will be dead and they will be thrown away.

So too it is with us. As soon as we are “disconnected” from the vine, we instantly start to decay. And just like the beautiful flowers on Sunday the decay does not display itself right away. Yet on the inside the slow decay is beginning. The longer we remain disconnected from Jesus the faster we will decay.

This is why Cursillo, and other Christian movements like it, encourage us to remain in weekly small groups with our brothers or sister to share and discuss our piety and study. Jesus told us if we remain in Him, He will remain in us. We can remain firmly connected to the vine through our daily prayer and study.

I have discussed in these weekly emails before that in our study we are called to study two things. We are challenged to grow in our knowledge of Christ and God’s plan for our life; but we are also challenged to study ourselves and to allow God to reveal those areas of our lives that need pruning. If we allow Jesus to do this pruning He tells us we will be able to bear much fruit. 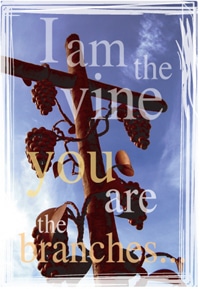 Jesus tells us that if we don’t remain in Him, we too, will be thrown out like the flowers to be burned. But He goes on to say: “Remain in me and in my word”. Therefore we must spend time every day in His word and in prayer.

John finishes the passage with Jesus telling us that the Father will be glorified if we bear much fruit and become His Disciples. Becoming His Disciples is exactly the third leg of the 3 legged tripod of Piety, Study and Action, that we are called to discuss every week in our small group gatherings.How are you doing in this area? Jesus said: “a branch cannot bear fruit on its own unless it remains on the vine so neither can you unless you remain in me”.

I personally find it harderto be a good disciplewhen I neglect my personal prayer and study time. Even the small disconnect can begin the withering process.We have been called to be His disciples. If during our weekly gatherings when it is time to discuss the topic of “action”, we have nothing to share or in other words we have not been true disciples that week, maybe like the flowers on Sunday we have been disconnected from the TRUE VINE.

Are you firmly attached to the true vine of life, Jesus Christ, in daily prayer and study? If you are, you will be able to bear much fruit!