Three Christian woman were having coffee at Starbucks. The topic came around to the difficult subject of abortion. Maryanne wondered if this would be the day that she would muster the courage to tell her good friends that she had had an abortion 35 years ago, when she was only 19. Before she could speak, one of her friends Martha referenced a recent newspaper article on abortion, and said, “I cannot imagine how any woman could kill her baby.” Maryanne fought back tears and fell silent. Today, she felt unsafe about revealing her brokenness. Please read more… 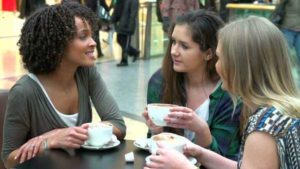 Across town, three men were having breakfast at Denny’s. Matt spoke up and said to his friend, “Charlie, you haven’t seemed yourself these past couple weeks. You’ve seemed somewhat agitated and down on yourself. What’s going on?”

Matt’s encouragement was all Charlie needed to open up. For the next forty minutes, two of the friends sat silently as Charlie tearfully explained how he had become addicted to painkillers. He then told them that he had carried this secret for a long time. Today, he openly revealed his shame. This became a turning point for him. His friends were now able to walk the journey with Charlie as he sought possible avenues for recovery.

Jim, Jack, and George were riding together in a car when Jim spoke up. He asked the other two guys these questions. “Have you guys ever wanted to talk about something but just couldn’t find the words to say? Have you ever had the words for something you wanted to say get stuck in your throat or on your lips?” In unison, both friends responded, “Sure. Yep. Absolutely. I think this happens to everybody.” But at that point, the conversation fell silent, and no one said any more. The car trip ended without any one of the men revealing anything more. 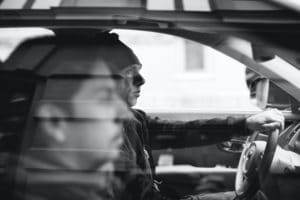 Jack contacted Jim a few days after the car trip. He said, “It seemed like something was bugging you the other day in the car. If there is something that you need to talk about, I am here for you, my friend.” This was all the encouragement Jim needed. Not long afterwards, they met at a restaurant and Jim opened up about a lifelong struggle. This was a monumental day for Jim. The weight of the world was off his shoulders. George, on the other hand, never gave another thought to the questions Jim had asked in the car. His mind must have been on something else that day.

I have concluded that in every human gathering, three personality types can emerge. I call them, the inhibitor, the encourager, and the ignorer. In the three stories above, Martha was an inhibitor, Charlie and Jack were encouragers, and George was an ignorer. 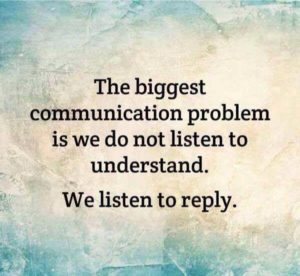 Inhibitors often says things, usually inadvertently, that push others away or drive them into silence. No one sets out to be an inhibitor, but they become one when an offhanded or careless comment is made that causes someone else to clam up.

Encouragers purposely try hard to listen carefully. They keep their antennas up. They ask questions that draw others out, letting them know it is safe to take their mask off and openly share.

Ignorers are present in nearly all group interactions. However, they are only physically present, their thoughts are distant and distracted. They are not fully engaged in the conversation with the person who is speaking. They are not listening closely, and they often miss the signs that indicate that someone else might be in need.

In the previous articles in this nine-part series leading up to the 500th 4th Day Letter, I pointed out that we are all broken and wounded in some way. I placed emphasis on the importance of sharing our wounds and brokenness with others. But I also said we are genuinely afraid to be open and transparent. This begs the question, “Why are we afraid?” Simply stated, we fear getting hurt. 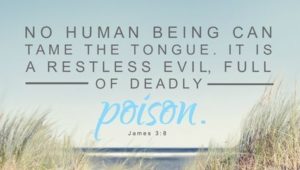 James 3:8-10 tells us, “no human being can tame the tongue. It is a restless evil, full of deadly poison. With it we bless the Lord and Father, and with it we curse human beings who are made in the likeness of God. From the same mouth come blessing and cursing. This need not be so, my brothers.”

If we want people to open up, we must create a “Safe Zone” where everyone can freely share their struggles. We all need a place to share without fear. Creating safe places to share begins with each one of us. We must take a good look in the mirror and ask ourselves, which one of these three personality types am I?  Am I an inhibitor, who through my words represses open sharing? Am I an encourager, who makes others feel that I’m safe to open to?  Or am I an ignorer, who misses the essence of what others are truly saying?

The honest answer to those questions, is that at different times and in different conversations, we can be any one of these personalities. My hope is that we can all work harder to become both, better listeners, and better encouragers.

Next week we will delve deeper into the topic of living lives focused on helping others. For now, let’s close in prayer. 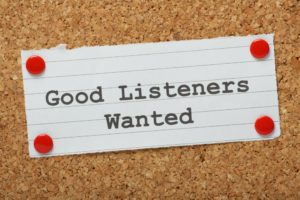 Heavenly Father, thank you for the gift of Christian friendship. Help me to always be in tune to the needs of others in my conversations. Grant me the gift, grace, and strength to be the Encourager for others that you call me to be. Help me to always create a space where other will feel safe to share. Amen.

I NEED YOUR HELP TO WRITE MY NEW BOOK

Time is running out. Don’t miss your chance to win a free book. Many of you have already submitted your suggestions. I am writing a yearly devotional book. I am in the process of selecting 52 of the past 4th Day Letters, one for each week of the year. Each one will be presented in the book with a series of questions to reflect on for a week. I am asking for your input. Please write to me and tell me what your favorite 4th Day Letters are. I will randomly draw the names of ten people who respond, and they will receive a FREE copy of the book as soon as it is published. Entries must be received no later than May 28, 2021. The ten winners will be announced on June 1, 2021.