The necessity to always be right seems to be a sad reality of today’s culture. From arguments with your spouse to outright verbal battles over politics, religion, border walls, abortion, gay rights, health care, or climate change, we all seek to make the case that we are RIGHT! What about you: would you rather be right or be happy? Do any of us have all the right answers? 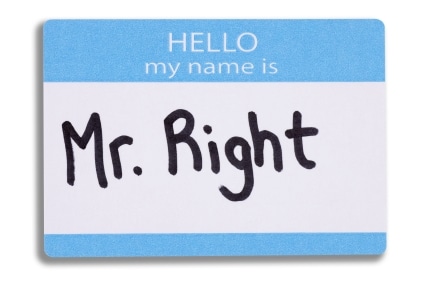 All of us have likely argued with a family member or friend and our insistence on being right ended up hurting them. Some of these arguments are over seemingly nothing. Two friends might recall the same event from 25 years ago and both remember it differently. Both will raise their voice and shout to defend their position and assure their rightness. Why is being right so important?

On a global basis, we can probably conclude that most acts of hatred, violence and wars have resulted from one side or the other asserting that they were right.

Mel Schwartz, a psychotherapist, speaker, author and marriage counselor states the following, “Our educational system is rooted in the construct of right and wrong. …….Being right affirms and inflates our sense of self-worth…….As students we learn to avoid as best we can the embarrassment of being wrong.” He goes on to make the case that if we are not right, then we are indeed wrong and being wrong comes with an accompanying sense of humiliation and failure. 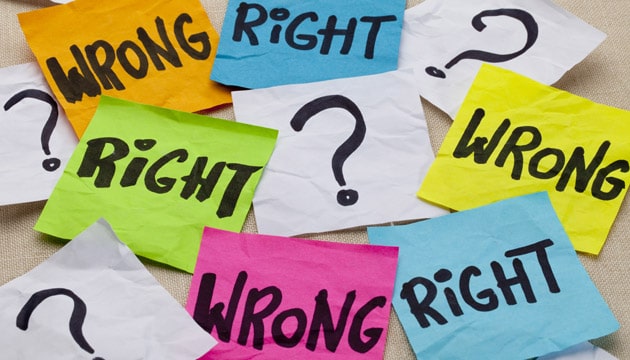 Politicians and political parties always assert their side is right. Waring countries each assert they are right. But what about Christians, are we any better? Sadly, the answer is no! In fact, some of the most contentious arguments throughout history were between Christians.

Making the news this past week were stories about the schism in the Methodist Church. One headline read, “It’s Official: We Are The United Methodist Church That Hates Gays.”  The article went on to state, “The name ‘Methodist’ will be now forever linked with bigotry, intolerance, and rampant, inexcusable ignorance about human sexuality and the nature of the biblical witness.”

Delegates at the church’s General Conference last week adopted several resolutions that reaffirmed the church’s longstanding position that homosexual activity was immoral, and it continued to bar gays and lesbians from serving as clergy, and it opposed same sex marriage. It should come as no surprise that each side believes they are right.

This is only the latest in a long line of fractures in Christianity. Let’s face it, we can’t even agree among ourselves as to the number of books in the Bible. We can’t agree on simple things like all Christians signing themselves with the sign of the cross. We can’t agree on whether Jesus should be depicted on the cross as a crucifix or whether it should be an empty cross. There are major disagreements over communion/Eucharist.  Is it the actual body and blood of Jesus? Each side believes that they have the right answer. 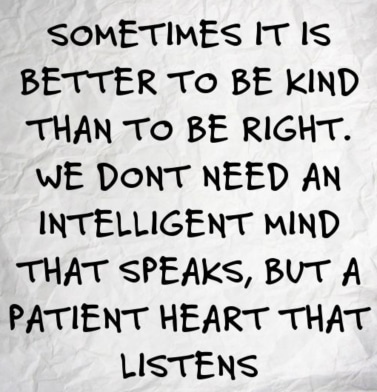 Does life have to be this way? Do we need to always be right? Do any of us have all the right answers? Romans 12:3-8 gives us some great insight into this issue. In it we read, “For by the grace given to me I tell everyone among you not to think of himself more highly than one ought to think, but to think soberly, each according to the measure of faith that God has apportioned.” It continues by telling us that we are many parts making up one body. It tells us that all parts have a purpose but they are not all the same, nor do we all have the same gifts.

Saint Catherine of Siena wrote down that Jesus told her, “For I could well have supplied each of you with all your needs, both spiritual and material. But I wanted to make you dependent on one another.” In other words, by God’s design, we each only have partial insight.

Sirach 27:4-7 (one of those contested books of the Bible) states the following, “When a sieve is shaken, the husks appear; so do one’s faults when one speaks.” It also says, “The fruit of a tree shows the care it has had; so too does one’s speech disclose the bent of one’s mind.” James 3:8 says this, “but no human being can tame the tongue. It is a restless evil, full of deadly poison.” 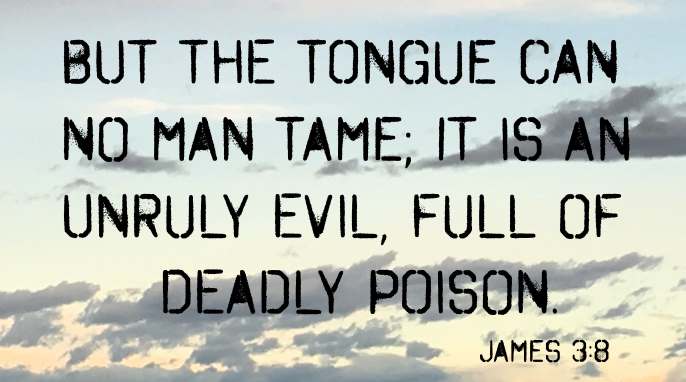 Finally in Luke 6:39-45, Jesus gives us this sage and timeless advice, “Remove the wooden beam from your eye first; then you will see clearly to remove the splinter in your brother’s eye.”

I am not making the case that truth is relative. It is not! I am however, trying to make the case that it is through prayer and open Christian dialogue, where we listen as much or more than we speak, that we will ultimately find truth. We can disagree without being disrespectful. It is okay to admit when we are wrong.

Mindlessly choosing to win an argument at the cost of damaging our relationships seems pointless, especially among Christians. Lent begins this Wednesday. During this Lenten season, let’s try to take stock of ourselves and focus on trying to be “less right” and more “Christ-like” in all of our conversations. In the end, we are each just one puzzle piece in God’s jigsaw puzzle known as the Body of Christ. It takes every piece to complete the puzzle.

God grant me the wisdom to know that I am but one voice and my point of view is not always the right point of view. Help me to understand that the necessity of always being right often comes at the cost of hurting others. Help me to listen twice as much as I speak. Amen! 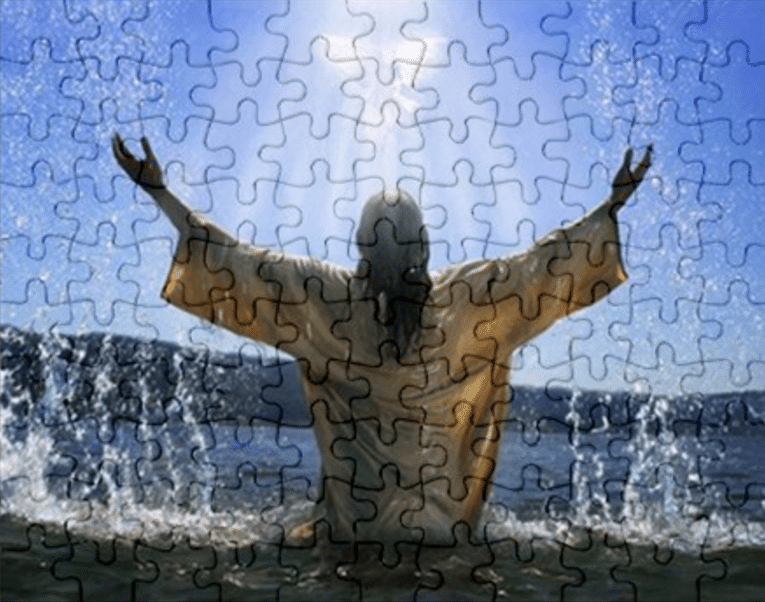