Have you ever had to stand up for your Christian beliefs? Have you ever faced danger as a result of what you believe? Some Christians have stood strong even when facing death, while others won’t even raise their voice when their government passes laws that go against their religious beliefs or erode their religious freedoms. When was the last time you had to stand up for your faith? How well did you do?

Today I want to look specifically at a couple of Biblical examples, but first let’s look at a few practical real life instances where people took a stand.

In the first example, someone I know worked at a location where several other employees frequently used profane language as a routine part of their conversation. This individual took a stand and explained to the others that she was offended especially with one word they were using. It took a while, but eventually the culture within the work place changed for the better. Would you have done the same thing or do you remain quiet and say nothing as others curse around you?

In my second example, I know someone that wears a rather large Crucifix on a chain around his neck. On one occasion this individual was sitting downtown on a park bench when someone approached him and said they were offended by his Crucifix. He responded with something like this: “Ma’am, you should be offended by it; I am offended by it too!” He went on to say:  “This man, this Jesus was put to death for my sins and for yours. He did nothing wrong. We should all be offended by this cross.”  Would you have the courage to take this same stand? What would you have said? Do you wear anything that let’s others know you are a Christian? 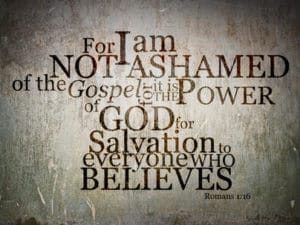 Now let me ask you something, do you pray in public? When you are in a restaurant do you pray a blessing before all of your meals? Always? What about in a social settings for breakfast, lunch or dinner when you are seated with other people whom you have never met, do you offer to say a blessing? If not, why not? What is it that you fear? Some Christians don’t even pray blessing before meals at home. Do you?

Now let’s look at more serious persecutions. According to one internet source, during the year 2016, some 90,000 Christians were killed for their faith around the world. Most of us will never be called on to risk our life, but if we were, how would we react? Are we willing to die for our faith?

In the recent past, Christians were most frequently persecuted by atheistic communist regimes. One report that I read stated this: “Christians are targeted primarily for two reasons; first because their proclamation of peace disturbs more belligerent groups; and second, because their social teachings on life, family and poverty are opposed by powerful forces.” The article went on to state: “Communism’s last salvoes” are still responsible for some ill-treatment of Christians, but “Islamic ultra-fundamentalism” has taken its place as the number-one agent of persecution.”

Now I want to draw your attention to a few Biblical examples of standing up for what you believe. The first person that we can learn from is Nicodemus. He was a Pharisee and a member of the Sanhedrin who is mentioned in three places in the Gospel of John. In John 19:38-39, even though he was a member of the Sanhedrin he risked being accused of being a Jesus sympathizer, which could have cost him his life, when after the crucifixion he appeared to provide the customary embalming spices, and to assists Joseph of Arimathea in preparing the body of Jesus for burial.

Now let’s look more closely at Joseph of Arimathea. Jesus was tried and condemned by a majority of the Sanhedrin members, but according to the account in Luke 23:50–56, Joseph of Arimathea, a member of the Sanhedrin, dissented from the group’s decision thereby also running the risk of being accused of being a follower of Christ and possibly being put to death as a result. 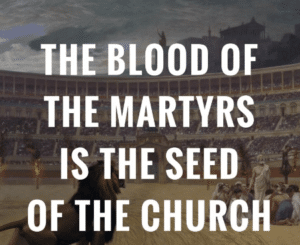 My final example for us all to read and think about is found in Maccabees 7:1-42. Now I realize that most of my non-Catholic readers do not have this book in your Bible but it is one of the books that Catholics do have in theirs. Please, I urge EVERYONE, both Catholic and non-Catholic to take just 2-3 minutes and read this account of bravery and Godly witness. In this famous story, a mother and her seven sons were martyred for their faith. The seven brothers along with their mother were arrested and tortured with whips and scourges by the king in order to force them to eat pork in violation of God’s law. This is a gruesome story but it is a powerful example to all of us who are believers.

There have been so many martyrs who have gone before us and stood up for their faith. Do we have the courage to do the same? If you have ever encountered some form of Christian persecution and stood up for your faith, would you write me and share your story. Realizing that the 4th Day Letter is read around the world some of you reading this message may have experienced repressive governmental actions against you because you are a follower of Christ. If so, please write me and share your story too. 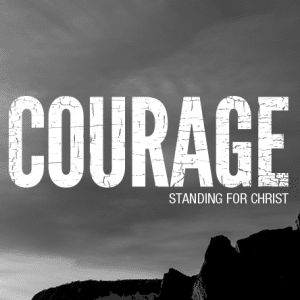 Just preparing this message gave me much to ponder. Just how brave am I when my faith is at stake? I pray that I will always defend my belief in my savior Jesus Christ. I pray the same for you too.

Heaven Father, I come to you in prayer asking for the strength to always stand up for my faith, no matter how big or small the risk might be. Please send your Holy Spirit to embolden me. I ask this in the name of Jesus my Lord, amen.