Do a google search for the word sincere and you will find a debate regarding the origins of the word. One story, most likely arising from folk lore, states that sincere is derived from two Latin words: sine (without) and cera (wax). I am no expert in etymology, but I can state emphatically, that as Christian’s we should live a life without wax. Allow me to explain. Please read more.

As folklore goes, the word sincere came about as follows. During the Renaissance era, when sculptors made mistakes, they used wax or cera to hide the defects in their works. The buyers of their wares were unaware of the defects. However, when exposed to full sunlight, the wax melted, and the faults were exposed. Only those products free from defect, came to be known as sin-cera, or “without wax,” and eventually this became the origin for the English word, sincere. 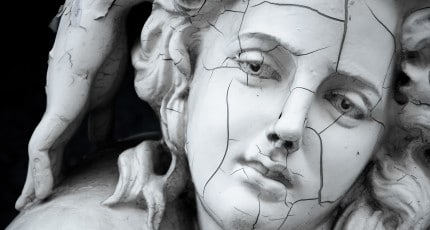 More scholars contend that this is just a good story. Merriam Webster defines sincere as follows:

All Christians should seek to be described by others as someone who is honest, pure, and true. In other words, we should find no need to cover our faults with wax. We should be sincere.

Deceitful, dishonest, fraudulent, deceiving, and cunning convey the opposite meaning of sincere. These words are often used to describe Satan. Clearly no one wants to be described with such terms.

But let’s step back and ask ourselves a question. Do we hide our faults like the sculptors did in the story above?

2 Corinthians 4:7 tell us that we are earthen vessels. As fragile clay vessels, our sins cause us to chip and crack. In fact, no one among us is without fault. In 1 Timothy 1:15 Paul states, “Christ Jesus came into the world to save sinners. Of these I am the foremost.” If Paul, who was one of the greatest evangelists, could admit his sins, why can’t we?

If we all have defects, why do we feel so compelled to hide them? Unfortunately, we do. Many of us wax over our faults like those deceptive merchants trying to sell flawed merchandise.

Because of what Jesus did for us, we no longer need to impress one another. God, who is the original potter, sent His Son to repair and transform us. “For our sake he made him to be sin who did not know sin, so that we might become the righteousness of God in him” (2 Corinthians 5:21). Through His death and resurrection, Jesus removed “our wax.”

Pride causes us to put forth a fake and deceptive exterior. Pride attempts to wax over our imperfections. Through pride, Satan caused Adam and Eve to fall. Now he wants to use pride to keep us chained to our sins. Acknowledging our sins allows us to point out the power, mercy and love of Jesus, who came to save us. 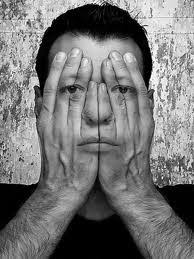 For many years, I personally sought to wax over my sins and flaws. I looked better on the outside than I did on the inside. Now I want to spend my life allowing the warm, bright light of Jesus to melt away my imperfections. Philippians 2:3 tells us, “do nothing out of selfishness or out of vainglory.

With the wax removed, we can live an authentic life. We can stand sincerely before God as flawed, yet redeemed children. Jesus says this in Luke 8:17. “For there is nothing hidden that will not become visible, and nothing secret that will not be known and come to light.”

Let’s make today, the day that we humble ourselves, squash our pride and seek to live as sincere, without wax, Christians. In doing so, we will bring honor and glory to the one who saved us.

Heavenly Father, I come before you humbled by my flaws. I stand here eternally grateful for the gift of salvation offered to me through your Son’s death on the cross. Grant me the courage to live a life without wax. Amen 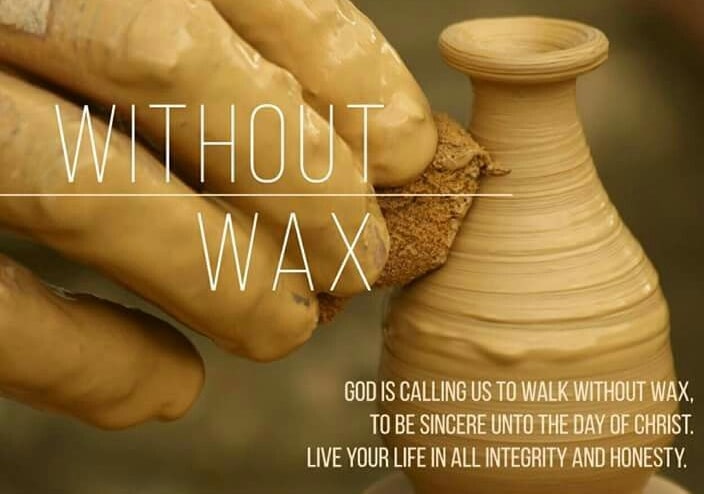 Don’t forget to mark your calendars

Latest posts by Brian Pusateri (see all)
← Is Civility Dead?The Tapestry Of Life →