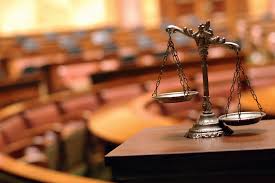 “If you were accused of being a Christian, would there be enough evidence to convict you?” This question has floated around the Internet for years, and has been asked in many different sermons. So now I am asking each of us that same question, is there enough evidence to convict you? One clue in evidence gathering might be found in this verse from John 13: 35 “This is how all will know that you are my disciples, if you have love for one another.”

I read a cute story that depicts the idea of being convicted for being a Christian and it is worth restating here. I hope this story touches you as it did me.

A few years ago a group of salesmen went to a regional sales convention in Chicago. They had assured their wives that they would be home in plenty of time for Friday night’s dinner. In their rush to catch the plane home and with tickets and briefcases, one of these salesmen inadvertently kicked over a table which held a display of apples. Apples flew everywhere. Without stopping or looking back, they all managed to reach the plane in time for their nearly-missed boarding.

ALL BUT ONE!!! He paused, tooka deep breath, got in touch with his feelings and experienced atwinge of compassion for the girl whose apple stand had been overturned. He told his buddies to go on without him, wavedgood-bye, told one of them to call his wife when they arrived attheir home destination and explain his taking a laterflight.

Then he returned to theterminal where the apples were all over the terminal floor. He wasglad he did. The 16-year-old girl was totally blind! She was softly crying, tears running down her cheeks in frustration, and at thesame time helplessly groping for her spilled produce as the crowd swirled about her; no one stopping and no one to care for herplight.

The salesman knelt on thefloor with her, gathered up the apples, put them back on the table and helped organize her display. As he did this, he noticed that many of them had become battered and bruised; these he set aside in another basket. When he had finished, he pulled out his wallet and said to the girl, “Here, please take this$50 for the damage we did. Are you okay?” She nodded through hertears.

He continued on with, “I hopewe didn’t spoil your day too badly.” As the salesman started to walkaway, the bewildered blind girl called out to him, “Mister….” He paused and turned to look back into those blind eyes. She continued, “Are you Jesus?”

He stopped in mid-stride,and he wondered. He gently went back and said, “No, I am nothing like Jesus – He is good, kind, caring, loving, and would never have bumped into your display in the first place.

“The girl gently nodded, “Ionly asked because I prayed for Jesus to help me gather the apples.He sent you to help me. Thank you for hearing Jesus, Mister.” Then slowly he made his way tocatch the later flight with that question burning and bouncing about in his soul: “Are you Jesus?”

Do people mistake you forJesus? That’s our destiny, is it not?To be so much like Jesus that people cannot tell the difference aswe live and interact with a world that is blind to His love, lifeand grace.

If we claim to know Him, weshould live, walk and act as He would. Knowing Him is more thansimply quoting scripture and going to church. It’s actually living the Word as life unfolds day to day.

We too are the apple of His eyeeven though we have been bruised and broken by our sins and by this world. Jesus came down from Heaven to pick you and me up on a hill called Calvary andHe paid in full for our damaged fruit.

I hope you found this story as inspiring as I did. As I was writing this I also came across these lyrics in a song called Can the World See Jesus in You, written by Leila N. Morris

Can the world see Jesus in me?

Can the world see Jesus in you?

Does your love to Him ring true,

And your life and service, too?

Can the world see Jesus in you? 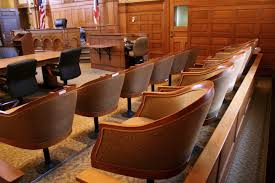 Okay so let’s assume the courtroom is packed, the jury is seated and the judge is ready. It is time for each of us to make our closing statement. Each of us is standing there for the purpose of defending ourselves as a Christian. Here are just a few criteria that we might draw from to make our argument in our attempt to defend ourselves. 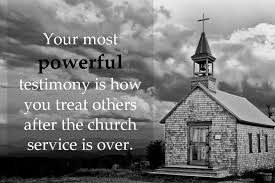 Now it is time for the verdict to be read, how will the jury and judge decide, is there enough evidence to convict us of being Christian?

Heavenly Father, send your Holy Spirit to inspire me each day to be the Christian you call me to be, amen.