Just the other day my youngest son Philip, who is 26 years old, sent me a text message with a link to a song that he had just finished listening to on the radio. In the text he stated: “This song might make for a good 4th Day Letter especially in today’s day and age.” In the exchange of texts that followed he told me that this was one of his favorite songs when he was younger.

Now suffice it to say my next statement both shows my age and my dislike for certain genres of music. I had neither heard of the music group Black Eyed Peas nor had I ever heard their big hit from 2003 WHERE IS THE LOVE. In the text my son did give me this warning: “Mind you dad this group is no John Denver.” Now that may be the understatement of the year.

Because this group is some strange combination or rap, hip-hop and pop I listened to the song with some trepidation. I discovered that there might be something worthy of making its way into a 4th Day Letter. The lyrics grabbed my attention and while not my normal type of music I will admit it was not the worst I have ever heard either. Here are the lyrics from the opening stanza of the song:

What’s wrong with the world, mama?

I think the whole world’s addicted to the drama

Only attracted to things that’ll bring you trauma

Each subsequent stanza points out the ills of living in today’s world. It mentions terrorism, killings, gangs, bigotry, discrimination, racism, war, chemical gases, crying children, angry people and the overall lack of brotherly love. But it was the refrain that really stood out and caught my full attention. Here is what it contains:

Send some guidance from above

‘Cause people got me, got me questionin’

Where is the love? (love)

After listening to the song, I responded to my son with the following thoughts. First of all I thanked him for thinking of my weekly writings and for suggesting that this message might some how fit into a 4th Day Letter.  After that I texted this: “Phil, I might use your song in one of my emails with the title: “A CHRIST SIZED HOLE.” 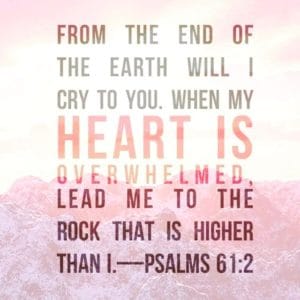 I went on to share with him that the lyrics overlooked something vitally important to the world. The song says: “where is the love” and then “father, father help us…..send something from above”

I explained to my son that indeed God had already sent the answer from above. He did so over 2,000 years ago when He sent His only Son to come to earth to die for all of humanity’s sin. I told him that the Father has already done His part…knowing we were sinners He still sent His Son. (Rom 5:8)

I continued by telling him that the Son did His part already too, when He died and rose from the dead. I reminded my son that Jesus told us before He died that we must consume Him and make Him a part of who we are. We read this in John 6:35 “Jesus said to them, “I am the bread of life; whoever comes to me will never hunger, and whoever believes in me will never thirst.” John 6:53-54 goes on to say: “Jesus said to them, “Amen, amen, I say to you, unless you eat the flesh of the Son of Man and drink his blood, you do not have life within you. Whoever eats my flesh and drinks my blood has eternal life, and I will raise him on the last day.” 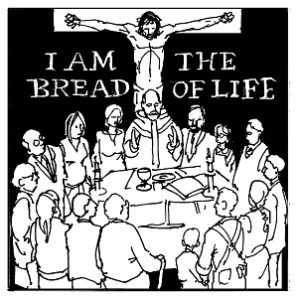 I wrapped up my text to my son by posing this question: “Will the people of the world accept Christ as their Savior and live as He instructed them to live?” I said if we all had Christ in our hearts….if we all prayed every morning and every evening…if we honored God’s command to keep Holy the Lord’s day… if we loved God first in our life and loved others as God loves us, we would have the solution that the song longs for. Finally, I suggested to him that all people of the world today have “A CHRIST SIZED HOLE IN THEIR HEART.”

I have to wonder why the song writer didn’t see Jesus as the solution to the world’s problems and include His name in the lyrics. After all they did say “If you never know truth than you never know love.” Was it politically incorrect to mention Jesus in the song? Maybe the songwriter doesn’t know Jesus. Perhaps the teachings of Jesus are seen as too hard to accept. In the end, I suspect that for the same reasons the song writer excluded Jesus from the song, many people of the world have excluded Him from their lives.

My son was right; the song did make its way into a 4th Day Letter, but perhaps with a twist he was not expecting. Thank you for your contribution Phil. It was a good song, but Jesus was missing. It would be a good world too if Jesus wasn’t missing from so many hearts. Now we must all ask ourselves: Is He missing from ours?

Jesus, I invite you to make your dwelling place in my heart today! 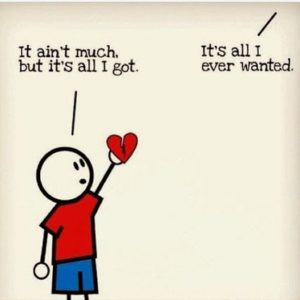