Imagine for just a moment that there is a remote mountainous subdivision that has been designed to have a minimal impact on its natural surroundings. Thousands of trees flourish here making up a lovely canopy that the animals and birds have enjoyed for hundreds of years. In an attempt to protect this habitat, a strict code regarding cutting down trees has been implemented. Any homeowner desiring to cut down a tree that is more than 10 feet away from the perimeter of their house must first seek permission from the homeowners association.

Now suppose that there is a homeowner who has 5-6 large trees behind his house, blocking what would otherwise be a beautiful long distance view. From what the homeowner has heard and observed from his neighbors there is little chance of getting an exception from the association to cut the down these trees.

So with full knowledge of the rules he decides to cut the trees down anyhow. He has concocted an explanation to use in the event he is caught. He plans to plead ignorance of the rule and seek the forgiveness of the association. Assuming that forgiveness is given, he will have won his little game. 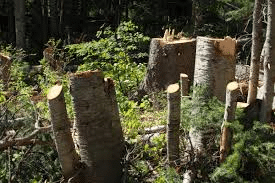 With forgiveness secured, he now has what he always wanted…..the view. The fact that cutting the trees down had a negative impact on the overall environment, partially destroyed one of the key characteristics of the subdivision and alienated a few of his neighbors is just collateral damage. He was only thinking about himself.

Have you ever experienced a situation similar to this? Throughout all of this, the man has employed an old saying: “It is easier to ask for forgiveness than to ask for permission.” Have you ever said this? Have you ever acted according to this rule? Have you utilized this rule in your relationship with God? 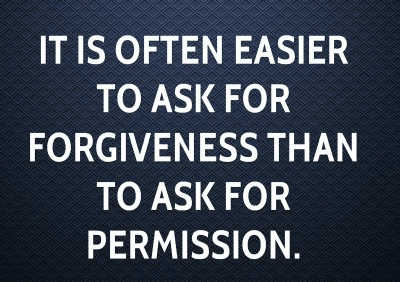 Let’s examine a second scenario. This time let’s imagine that there is a good Catholic man, but nonetheless a man who has been plagued for many years with one particular, yet somewhat embarrassing sin in his life. Being a devout Catholic he regularly goes to Reconciliation to confess his sin. After years of confessing this one sin over and over the man is becoming deeply discouraged. On this particular day the man finally asks the priest for help. He pours his soul out and says he would give anything to get this sin finally out of his life.

At this point, seeing the sincerity of the man the priest comes up with an idea. He decides to give the man his personal cell phone number. He tells this man that he wants him to call him, day or night, if he is tempted to engage in this recurring sin. The man agrees to this new plan. Now, full of hope he leaves the confessional with the priests number entered into his contact list on his cell phone.

Several weeks later the man is once again in the confessional. “Bless me Father for I have sinned,” he states. He then begins to list off his various sins, saving one particular sin till last. At this point the man takes a deep breath and confesses to the priest that he has once again fallen prey to his one habitual sin. The priest upon hearing this reaches into his pocket and pulls out his cell phone. Looking at the phone, he says to the man, “Why don’t I see any phone calls from you like we agreed to during your last confession?” “Father,” he says, “I knew if I called, you would talk me out of it, so I thought it would be easier to skip the call and then come back here to seek God’s forgiveness.”

Can you see that this man chose to live by the rule: “It is easier to ask for forgiveness than ask for permission?” This is particularly true when he knew that permission to indulge in his recurring sin would not be granted. 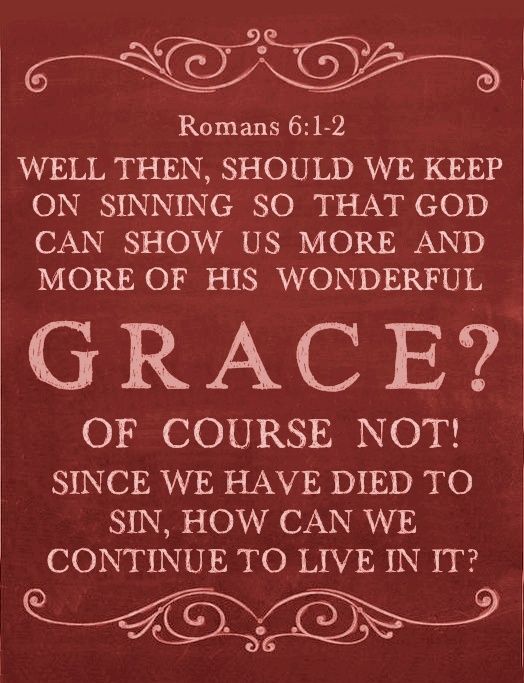 Now I want you to imagine just one last thing. This time Jesus is making the same offer to you that the priest made to the man. He now tells you that you can call 24/7. (James 47-8) Jesus is always there for you as is the Holy Spirit. Jesus knows how challenging our free will can be. He himself was tempted. (Matt 4:1-11) He knows the difficulties and struggles we experience with recurring sin. Sadly, our struggle to avoid sin is often overpowered by our desire to sin. (Romans 7:25) God wants to help us but we must call!

What sins or temptations do you have that warrant a call to God? Which will you choose? Will you continue in your recurring sinfulness seeking God’s forgiveness only after the sin, or will you choose to place your call to God through prayer before you sin and ask Him for the strength of the Holy Spirit to avoid the sin all together? (Psalm 18:7) We all face this choice every day. He is waiting for our call!

Heavenly Father, please grant me the courage to cry out to you in prayer when I am tempted to sin. I am weak but you are strong. Help me Father! In Jesus’ name I pray, amen. 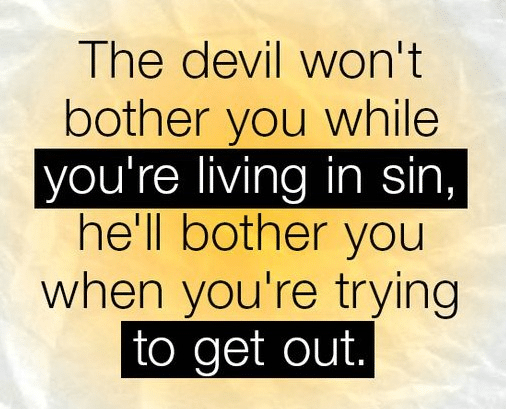