When singer, songwriter John Denver sang Rocky Mountain High, he sang these words: “Friends around the campfire and everybody’s high.” What were they high from? Was it marijuana, alcohol, or the magnificent beauty of the Colorado Mountains? For many years, listeners speculated. I’ll answer that question in today’s message, however, before doing so, allow me to ask you this: if you and your friends were sitting around a camp fire tonight, would a discussion of God get you high? Maybe it should.

What were John and his friends high from? The answer, as it turns out, is none of the above. In his own memoirs John Denver says the high was from watching the night sky light up with the Perseids Meteor shower that trailed behind the comet Swift-Tuttle. 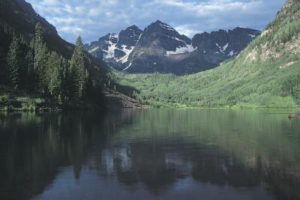 It was mid-August when John Denver and some of his friends trekked to their chosen camping spot some 10,000 feet up in the Rocky Mountains on Williams Lake. It was a dark moonless night. To their dismay, the sky was hazy. They were concerned that this would prevent them from seeing the meteor shower. Around 10 pm, however, the skies began to clear. Then at about midnight the dark moonless skies exploded with so much light from the meteor shower that shadows were cast on the ground. (The shadow from the starlight is softer than a lullaby.)

By God’s design, this magnificent light show happens every year between mid-July and mid-August and it is best seen from the Northern Hemisphere. Have you ever observed it? Like all of His creations, it is stunning. Seeing this phenomenon is enough to give anyone a high, but God has an even more remarkable light show in store for us.

The song Rocky Mountain High begins with these lyrics:

He was born in the summer of his 27th year

Coming home to a place he’d never been before

He left yesterday behind him, you might say he was born again

You might say he found a key for every door

John Denver was 27 years old when he and his wife Annie moved to Colorado. This was to be their new home and a new beginning for them.

Now just what does this song have to do with our spiritual journey? For starters, as followers of Jesus we know that we must all be born again as John’s lyrics state. We must leave yesterday behind and follow Jesus Christ who is the key to every door. In doing so we begin a lifelong journey towards our new home in Heaven which is that place we’ve never been before.

This past Sunday was Pentecost Sunday which is the birthday of the Church. It is the day that we celebrate the coming of the Holy Spirit. Just before ascending into Heaven, Jesus made this promise to the disciples: “But you will receive power when the Holy Spirit comes upon you, and you will be my witnesses in Jerusalem, throughout Judea and Samaria, and to the ends of the earth.” (Acts 1:8) 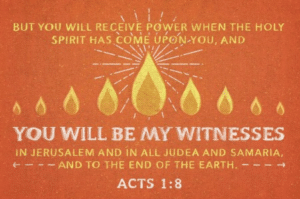 Now as cool as the Swift-Tuttle Comet and the trailing Perseids Meteor shower might have been for John Denver and his friends gathered around their campfire, it pales in comparison to the high the Apostles must have felt on Pentecost. In a display more spectacular than any meteor shower, the Holy Spirit came into this world: “And suddenly there came from the sky a noise like a strong driving wind, and it filled the entire house in which they were. Then there appeared to them tongues as of fire, which parted and came to rest on each one of them.” (Acts 2:2-3)

We celebrate Pentecost each year not simply because of its historical significance but because our Lord wants to breathe His Holy Spirit into each one of us right now. He wants us to “come home” from wherever we have wandered. This is a reality that is so cool it should make each of us high. 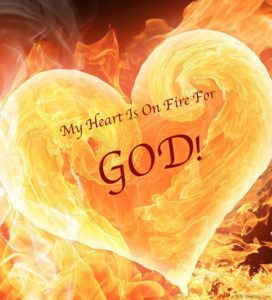 So let me ask you, what makes you high? If you were sitting around a campfire right now with some good friends, would you be discussing the resurrection of our Lord and would you be looking forward to His second coming? Would you with excitement in your voice, tell your friends, about the mercy that God has extended to you? When Jesus explained the scriptures to the men on the road to Emmaus, we are told their “hearts were on fire.” Are our hearts on fire for God?

Sadly, too often we turn to fleeting worldly things to get our high. There is only one high that is life sustaining and never ending and that is Jesus. Jesus wants to breathe His Holy Spirit on you today. Will you let him?

Perhaps we should gather our friends this summer and head out into the wilderness and sit around a campfire. There, with our hearts aflame, we can talk about God’s love for us and our love of Him, and thus experience a real Rocky Mountain Spiritual High. 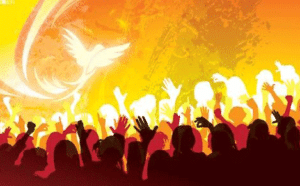 Come Holy Spirit, fill the hearts of us Your faithful and kindle in us the fire of Your love. Send forth Your Spirit and we shall be created.  And You shall renew the face of the earth.  Amen!

Latest posts by Brian Pusateri (see all)
← PassionFollow The Leader →