Follow the leader is a children’s game. First a leader or “head of the line” is chosen. Next all of the children line up behind the leader. The leader then moves around and all the children have to mimic the leader’s actions. If any player fails to follow or do what the leader does, they are out of the game. As Christians our leader is Jesus. When it comes to following our leader are we still in the game? 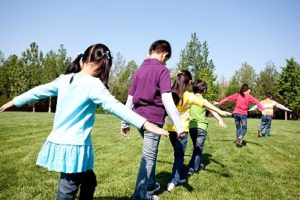 Can we agree that most, if not all Christians, at some time disagree with some of their respective denomination’s teachings? Such topics like abortion, contraception, divorce, remarriage, cohabiting before marriage, and homosexuality are just some of the teachings that have led to division.

For the purpose of this discussion I have divided these Christians into two groups?

Have you found yourself in one of these two groups, and if so, which teaching are you at odds with or take exception to? 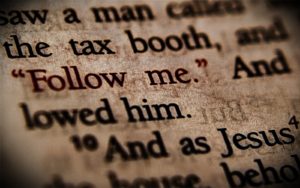 Today many Christians prefer that the sermons and writings of their priests, ministers and those in the church’s hierarchy, completely avoid these lightening rod moral issues. They prefer instead to hear silence on these topics. If there is a rule that they have chosen not to follow, listening to the minister preach on it is the last thing they want to do on Sunday morning, and reading articles about these teachings only serves to get them riled up.

When these things happen, the people impacted most likely feel as if the sermon/article is directed at them. They might even feel hurt by the message.  When this happens, some people switch parishes/churches within their same denomination, others seek out a new denomination whose teachings coincide with their views and still some set out to find others who agree with them, and then as a small group, they try to divide their present church.

Acting in the ways described above is not in keeping with a disciple who is “Following the Leader,” rather it is an “I am the Leader” attitude and this view is foreign to the very earliest teachings of the church. If we are to be followers of Christ our lives are to undergo change. 2 Cor. 5:17 tells us that if we are in Christ we must become new and our old ways must become a thing of the past. Ephesians 4:20-24 tells us to put away our former corrupted selves and take on a new spirit created in God. 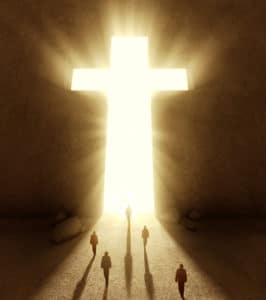 Father Thomas Berg in his book Hurting In The Church states things this way: “The gift of faith brought about a profound change in the new believer: life, behavior, attitude, outlook, comportment, sexual behavior – everything was affected:” He goes on further to state: “We have, through the centuries, been challenged by the conviction that we ourselves are not the origin of source of the moral values by which to live our lives. Christ and his moral teachings, entrusted to the church, are that origin and source.”

Said differently, we as Christians are called not to follow rules, we are called to follow Christ! Very often we find ourselves without true joy in our lives. John 10:10 tells us that Jesus wants us to have abundant life. He showed us the way.

The next time you choose not to follow one of your church’s rules, you need to ask yourself a deeper question before marching off in search of a new church. Is this much more than a church’s rule; is it rather a way of life that Jesus commissioned the Church to teach us so that we can find lasting joy? 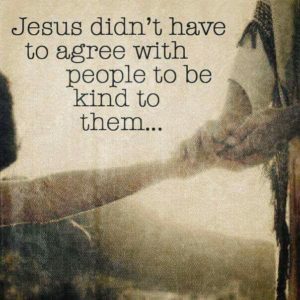 I want to make one very important note here. If in the end, someone chooses to leave the church or if you experience another Christian who sees things differently than you do, they still deserve your Christ-like love. Keep in mind that when there is division in the church the entire church suffers. Healthy, non-contentious dialog, rooted in lots of prayer is what is called for. Trust in Jesus and a love for each other will be the glue that will bind our fractures.

I’ll leave you with this question: Are you FOLLOWING THE LEADER?

Note: My message today was inspired by Fr. Berg’s book. I highly recommend this book for Catholics and non-Catholics alike. 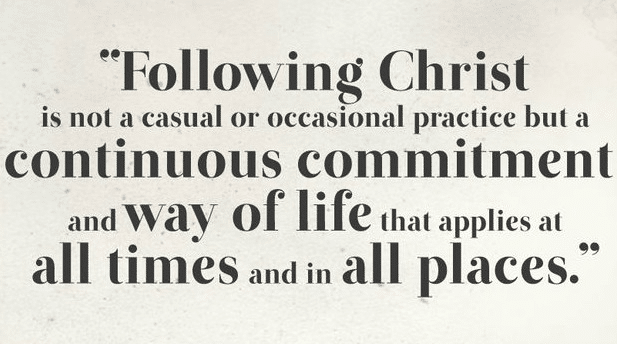 Heavenly Father we are a proud and stubborn people who constantly struggle to die to self and follow the ways of your son Jesus. Please be merciful on us when we fall short. Amen.