In today’s 4thdayletter, I refer to quotes from several Popes, plus I refer to a Papal Encyclical. Let me assure my non-Catholic readers that this message is universal in scope and intended for all Christians not just Catholics. The message is simple and direct; “we need to get out of our comfort zones.” 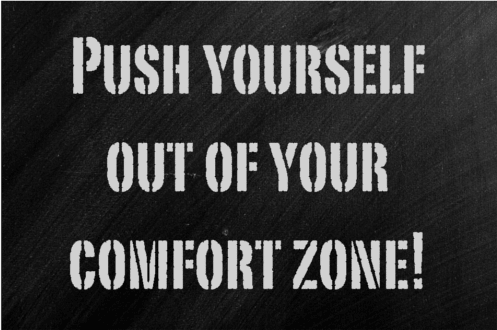 In a message delivered on May 20, 2013 Pope Francis, said: “When it comes to living out this message, the best way is by going out of one’s comfort zone.” He went on to say, “This is dangerous. We lock ourselves in our parish, with our friends, in our movement, with those who think just like we do. But you know what happens? When the Church is closed off, it gets sick.” The Pope called on people to take action, to help out and to not be indifferent. 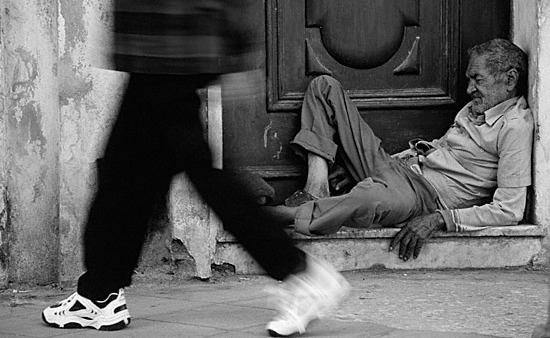 In that address he went on to say: “Today, it’s painful to say, but a homeless man out on the street, freezing to death, isn’t considered news. Nowadays, news is about scandals! Oh a scandal! Yes, that’s news. To think that even today, there are so many children that don’t have anything to eat, yet that’s not considered news. This is serious! It’s serious! We cannot be quiet about this.” When it comes to the word crisis, the Pope said society often talks about the economy and not the needy.

So the Pope called on people to take action, to help out and to not be indifferent. Just like John Paul II and Benedict XVI said, Pope Francis also said: “today’s world needs many witnesses. Not so much teachers, as witnesses. It’s not about just talk. It’s about talking through your actions. Living a coherent life. It’s precisely about a coherent life.” When it comes to living out this message, the Pope said the best way is by going out of one’s comfort zone. 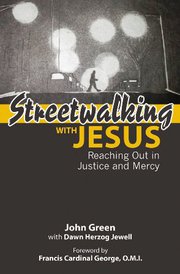 I recently finished reading a book, by Deacon John Green, “Street Walking with Jesus” that shares many of those same thoughts. The author talks about our culture of “blindness” as he asserts that many Christians go around blind to the needs of others all around them, who happen to be different from them. The author’s life in his ministry is a shining example of getting out of one’s comfort zone. Charles J. Chaput, Archbishop of Denver, had this to say: “Street Walking with Jesus will leave you examining your own love of God and your own Christian faith with new eyes, and a new hunger to do more.” I highly recommend this book to everyone. It is a quick and easy read but it is packed full of the critical message of Christ’s call to us. Click here to find out more or to order this book. Deacon Green sites this Bible passage in his book: Micah 6:8

He has showed you, O man, what is good.

And what does The Lord require of you?

And to love mercy

And to walk humbly with your God. 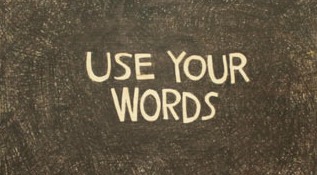 Too often we as Christians have become too quick to quote St. Francis; “live the gospel at all times and when necessary use words”. Sometimes this becomes an excuse not to share the good news of Christ with words. If our lives are living witnesses then let our words also tell those we meet the reason for our inner joy and peace. There is so much more to meeting the call of our savior than just obeying the commandments and going to Sunday services. We are all called toshare and evangelize. To evangelize, we must also use words. We must speak of Jesus.

Pope Paul VI in his encyclical, EVANGELII NUNTIANDI, or “Evangelization in the modern world”, made this point quite clear. He said “above all the Gospel must be proclaimed by witness. Take a Christian or a handful of Christians who, in the midst of their own community, show their capacity for understanding and acceptance, their sharing of life and destiny with other people, their solidarity with the efforts of all for whatever is noble and good. Let us suppose that, in addition, they radiate in an altogether simple and unaffected way their faith in values that go beyond current values, and their hope in something that is not seen and that one would not dare to imagine. Through this wordless witness these Christians stir up irresistible questions in the hearts of those who see how they live: Why are they like this? Why do they live in this way? What or who is it that inspires them? Why are they in our midst? Such a witness is already a silent proclamation of the Good News and a very powerful and effective one.” 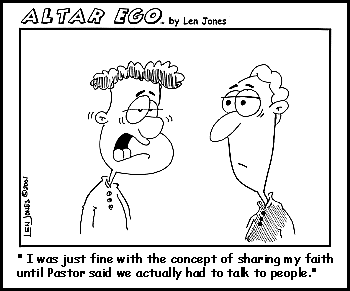 Too often we stop listening at this point. We think it’s okay to just live a good Christian life and we often take the attitude that we don’t really need to “share our faith with words”.

But Pope Paul VI did not stop by saying just witnessing was enough. He continued by saying: “Nevertheless this always remains insufficient, because even the finest witness will prove ineffective in the long run if it is not explained, justified – what Peter called always having ‘your answer ready for people who ask you the reason for the hope that you all have’ – and made explicit by a clear and unequivocal proclamation of the Lord Jesus. The Good News proclaimed by the witness of life sooner or later has to be proclaimed by the word of life.” Continuing even further he said this: “There is no true evangelization if the name, the teaching, the life, the promises, the kingdom and the mystery of Jesus of Nazareth, the Son of God are not proclaimed.”

In his book “My Spiritual Testament,” Eduardo Bonnin, one of the founders of Cursillos in Christianity, of which Walk to Emmaus, Via De Christo, Kairos and many other evangelical Christian movements are patterned after, also challenged us to reach out to the “far away”, and bring them to Christ. Eduardo’s ministry began when he reached out while he was in the army to fellow Christian soldiers who were frequently visiting the brothels while they were far away from home. He wanted to bring them back to Christ. Too often today we just want to invite the person next to us in church to attend a Cursillo or similar weekend. While this may be okay, it is not what these movements nor is evangelization itself all about. Evangelization is about reaching the lost. In Luke 5:31-32, we read this: 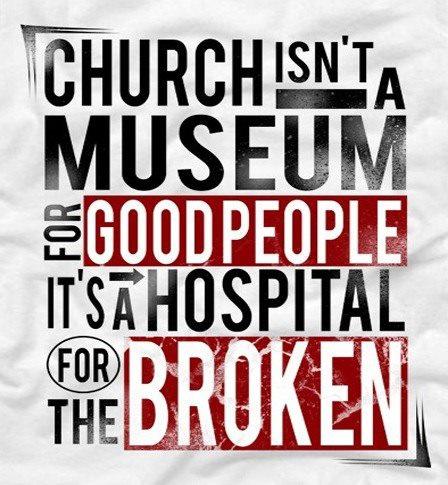 “Jesus said to them in reply, “Those who are healthy do not need a physician, but the sick do. I have not come to call the righteous to repentance but sinners.”

“I tell you, in just the same way there will be more joy in heaven over one sinner who repents than over ninety-nine righteous people who have no need of repentance.”

So let me close today by asking you a few questions. Are you living your Christianity out in your comfort zone? Are you stuck in “the culture of blindness” unaware of those in need all around you? Are you proclaiming Christ by both witness and words? What can you do differently to be more in tune to those truly in need, both physically and spiritually? Ask the Holy Spirit today to guide you to those in need, and give you the words and actions to reach out to them with the love of Jesus Christ. Together, united in Christ, we can and must change the world.

Heavenly Father, help me to get out of my comfort zone. Show me how I can live justly. Direct me to whom I should show mercy, and help me to walk humbly with you my God.

Latest posts by Brian Pusateri (see all)
← FollowshipThy Will Not Mine →