It was Feb. 5′ 1992′ when Chrysler’s new ad campaign featured Chairman Lee A. Iacocca uttering the phrase: “In the car business, you lead, follow, or get out of the way.”–It was a year of turbulence and tumult. That statement helped to lead the change to the new Chrysler, to save the company and help out a sagging auto industry. All of the kudos went to Iacocca and Chrysler for their leadership skill. Today I want to challenge you to see that “FOLLOWSHIP” is the skill that is often most lacking. 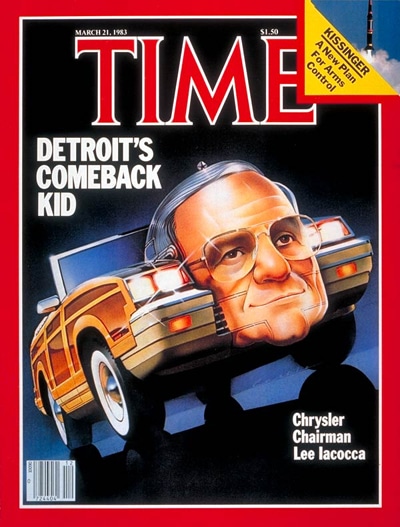 Fast forward to 2013, and it is not the automobile industry but our spiritual world that seems to be in turbulence and tumult. In the United States and other places around the world, religious freedoms are under attack. In many places there is an overall apathy towards Christianity. In today’s hypersensitive political correctness environment it seems people are becoming afraid to take a stand for Christianity because of some misguided fear that it might just rub someone the wrong way. It seems that Christianity is becoming the one thing that is not allowed to be uttered in public and by no means any gatherings at a school or government event. 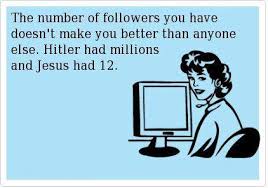 So what are we to do in face of these challenges? Maybe we need to restate Mr. Iacocca’s quote. As Christians perhaps our slogan should be “FOLLOW, lead or get out of the way. You see as Christian we are called to be followers and our Leader is Jesus Christ! Since the time of Christ, too many people have tried to become the leader of their own unique form of Christianity rather than obediently following the teachings of Jesus.

There is no doubt that we are all called to be “Christian Leaders” in the sense that we are called to lead people to Christ. But to lead others to Christ, we ourselves, must learn the attributes of being a good follower. Volumes have been written on leadership. Our world is replete with books, tapes, videos, conferences and training sessions on Leadership. But to be a Leader for Christ it is the skills of FOLLOWSHIP that we must master. Jesus has already blazed the trail to salvation. He is the one true LEADER! And the followship skills we need are found in the book we call the BIBLE!

Our humanness, our pride, and our egos have often found mankind attempting to redirect the Christian path in a new direction, something to suit our modern day whims, or to suit some new form of political correctness or modern spirituality. Perhaps that is why we have over 41,000 varieties of Christian denominations today. No my friend, we don’t need more leaders, we need more followers! It is said that “Holiness Attracts”. If we follow the teachings of Christ, others will be drawn to “the Christ who dwells in us.” Then, they in turn, can follow Christ and together He will lead us to our salvation. 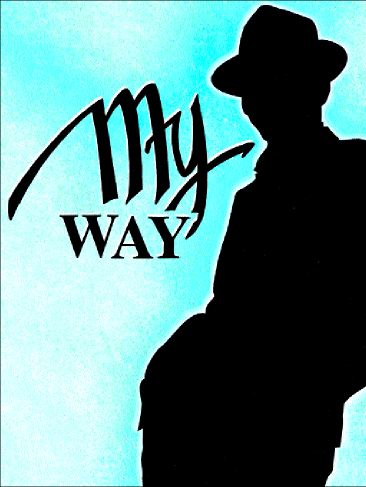 Frank Sinatra popularized the song; “My Way“. Click hereto hear him sing it in London in 1971. For many years I, full of pride and ego, would tell my wife and kids that I wanted this song played at my funeral. I thought in some way I have lived out the words to this song during my life especially this phase from the lyrics:

I planned each charted course, each careful step along the bywayAnd more, much more than this, I did it my way

Isn’t that statement just dripping with ego? A few years ago my wife and I went on a corporate incentive trip to London. It had become so widely known that I liked this song that my business colleagues had a surprise in store for me. While attending a concert by the “Rat Pack Impersonators”‘ in the Tower of London I was invited to get up and sing this song along with the fellow who was performing the role of Frank Sinatra. I thought, “It just doesn’t’ get any better than this”. That was, until I heard the following sermon. 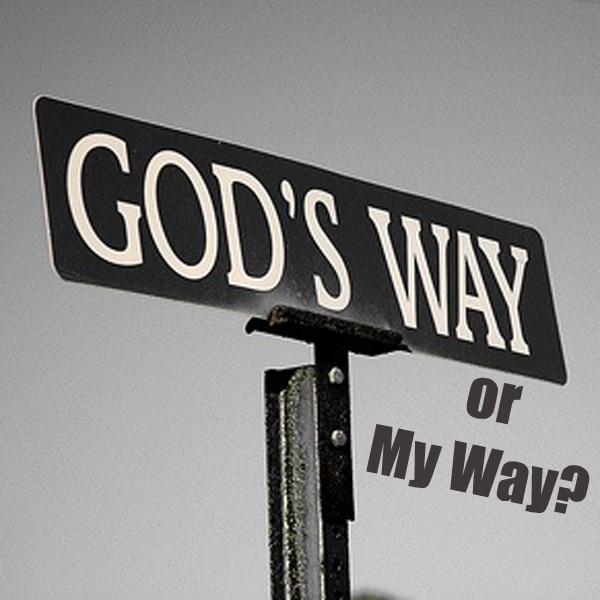 Not long after that trip at Sunday mass, our pastor gave a sermon on the song, “My Way.” He went on to say that this song is the one song no one should ever want played at their funeral. I could feel the stares of my wife and children as he spoke. He went on to make the point that if such a song existed we should want the song “HIS WAY” sung at our funeral. He envisioned a Christian song whose lyrics depicted that we followed Christ’s call in our life. Here is my attempt to re-write the “My Way” lyrics into “Christ’s Way”

And now, the end is hereAnd so I face the final curtainMy friend, I’ll say it clearI’ll state my case, of which I’m certainI’ve been blessed by a life that’s fullI traveled each and ev’ry highwayAnd more, much more than this, I did it Christ’s wayRegrets, I’ve had a fewBut then again, too few to mentionI did what he called me to do and I did it all under His directionGod planned each charted course, each careful step along the bywayAnd more, much more than this, I did it Christ’s wayYes, there were times, I’m sure you knewWhen I bit off more than I could chewBut through it all, when there was doubtIt was through God’s grace that I made it outI faced it all and I stood tall and did it Christ’s wayI’ve loved, I’ve laughed and criedI’ve had my fill, my share of losingAnd now, as tears subside, I find His love such a blessingTo think I did all thatAnd may I say, not in my own way,”Oh, no, oh, no, not me, I did it Christ’s way”For what is a man, what has he got?If not Christ, then he has naughtTo say the things he truly feels and not be afraid to be one who kneelsThe record shows Christ took the blows so I did it his way!Yes, it was Christ’s way

So who is this Jesus Christ that we are called to follow and what does it mean to be His follower? 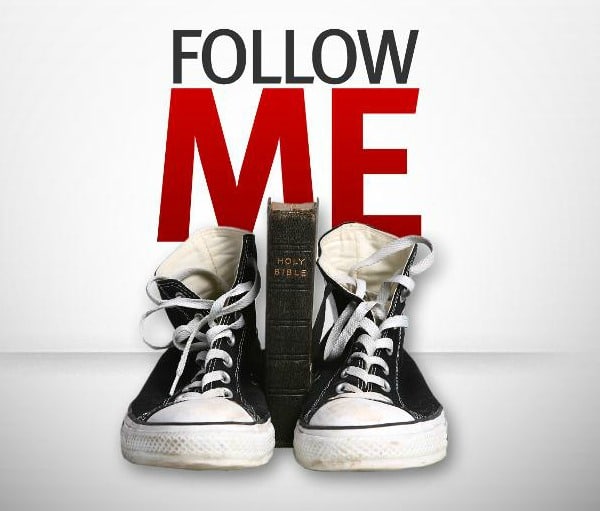 Jesus Christ, Son of the living God, became man to fulfill His Father’s will. Through His words and deeds, His silence and sufferings, through His manner of being and speaking, Jesus revealed the Father to us. Jesus told us, “Whoever has seen me has seen the Father,” and His Father said, “This is my Son, my chosen: listen to Him!”

Christ did not live His life for Himself but for us. From His incarnation, “for us men and our salvation” to His death “for our sins” and resurrection “for our justification,” He lived and died so we could live. He is still our advocate with the Father.

Jesus presented Himself as the perfect model. He was the perfect man. He invites us to become His disciples and follow Him. In humbling Himself, He gave us an example to imitate. Through His prayers He draws us to pray and by His poverty He calls us to accept freely the persecutions that may come our way. (528 Catechism)

Jesus was both man and God. As a man He suffered and was put to death. But Jesus on the third day rose from the dead in fulfillment of the Old Testament prophets. St. Paul declares in 1 Cor 15:17, “if Christ is not risen again, your faith is in vain. The Law was given to Moses but grace and truth came to us by Jesus Christ.” (Jn 1:17).

So you see my friends to lead people to Christ, we ourselves must strive to be better followers of Christ. We must spend time each day in prayer and in the study of the Scriptures. Be wary of attempts by many to redefine Christianity. Be wary of modern day attempts to reclassify current ways of life that were taught to be wrong in the Scriptures to suddenly be acceptable Christian norms today. Perhaps with all that has been said and written about leadership it is no wonder so many well intentioned Christian Leaders are in fact LEADING THE WRONG DIRECTION. Christ is our Leader, we are His followers. Open your Bible today, come to know Him better and follow Him more closely. Remember always Jesus told us: “I am the way and the truth and the life. No one comes to the Father except through me.” (John 14:6) 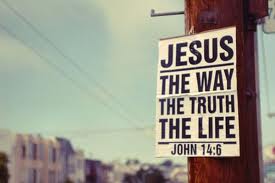 God grant me the grace and perseverance to hear and follow you more closely each day, Amen!