In the story of Cain and Abel both brothers were attempting to please God. “Cain brought an offering to the LORD from the fruit of the ground, while Abel, for his part, brought the fatty portion of the firstlings of his flock.” (Genesis 4:3-4) Cain became very angry and dejected when the Lord looked with favor on Abel’s offering and not his and he set out to kill his brother. 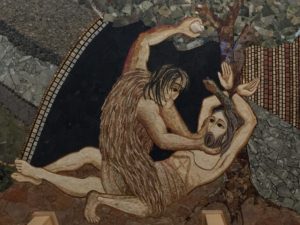 The Old Testament shows us that when two people, even brothers who have pleasing God as their goal, have different approaches to the same issue  things can quickly turn ugly. In politics, not only in America but around the world, Christians are engaging in contentious debates with one another. Both sides most likely believe that their firmly held positions are the one and only position that will be acceptable to God. This presumes that Christians believe that following God’s teachings is important when voting. We all know that words can, and do, cut like a knife, so this war of words between Christians engaging in political debates can be every bit as deadly as Cain was to Abel. The difference is this; it is the unity of the country that is being killed.

The current election cycle in American politics may be achieving new records for its lack of civility. Perhaps the same is true in all other countries. As for this U.S. election, it doesn’t matter which political candidate you are pulling for I think we can at least agree on this, neither of the major political parties put forth a candidate with a first-rate moral reputation. (Perhaps a gross understatement) 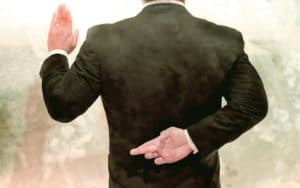 There are many divisive topics. Gay marriage, abortion, capital punishment, illegal immigration, and welfare programs are all not only social and political issues, but they are also moral issues which find their roots in Biblical theology. Of all of these, abortion is often seen as the lightening rod issue. One group views abortion as the murder of an innocent unborn child, the other side argues that the government should keep its nose out of the very personal issue of a woman’s reproductive rights. Those two positions could not be more polarizing.

As a result of these deeply held moral principles and strongly held Christian beliefs, many people debate these issues with the fervor of a fire and brimstone sermon. With the extreme passion of these debates, some believe that Heaven is in store for voters on one side and hell for those on the other. This may in fact be true, I don’t know. But if it is true, I am sure that each party believes that the voters in the other party are the ones that are going to hell. I am glad that this decision is left to only our very merciful and loving Heavenly Father. He alone knows the outcome.

As Christians, we should all take a deep breath and reflect on this passage from Mark 3:24-25: “If a kingdom is divided against itself, that kingdom cannot stand. And if a house is divided against itself, that house will not be able to stand.” Paul has also left us some pearls of wisdom in his writings to the Philippians: “Complete my joy by being of the same mind, with the same love, united in heart, thinking one thing. Do nothing out of selfishness or out of vainglory; rather, humbly regard others as more important than yourselves, each looking out not for his own interests, but [also] everyone for those of others.” (Philippians 2:2-4)

It is natural for people to hold different opinions. The key take away today is that we as Christians should hold ourselves to the highest standard and always conduct ourselves as true Disciples of Jesus Christ.

Over time great civilizations have come and gone. More often than not, the moral decay of those societies was a contributing factor. Cain killed Abel; will our lack of Christian civility kill America? As Christians we have a unique opportunity at this time to come together, unified under the only banner that really matters, the banner of Jesus Christ. Ask yourself which banner you wrap yourself in, is it the banner of our Lord and Savior or the banner of some political party. The stakes are high. Don’t make a mistake. Pray for guidance. 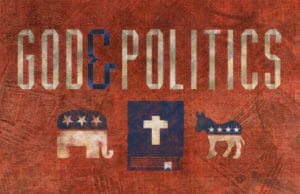 Here are some questions that we should all be asking ourselves:

Heavenly Father I come to you in prayer. Please send me your Holy Spirit to guide and direct my decisions as I cast my vote in the upcoming election. May my decision be pleasing to you and in accordance to your will. I ask this in Jesus’ name, amen!

Latest posts by Brian Pusateri (see all)
← Can You Drink The Cup?Do You Need New Shoes? →