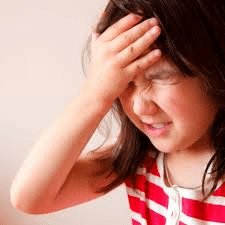 The word duped means to be deceived or tricked as in “the newspaper was duped into publishing an untrue story”. Synonyms for duped include: deceive, trick, hoodwink, hoax, swindle, mislead, take in, fool, to pull the wool over someone’s eyes, pull a fast one.

So here is today’s question, have we been duped by God? The prophet Jeremiah accused God of duping him, maybe he duped us too. Let’s investigate.

“You duped me, O LORD, and I let myself be duped; you were too strong for me, and you triumphed.

All the day I am an object of laughter; everyone mocks me. Whenever I speak, I must cry out, violence and outrage is my message; the word of the LORD has brought me derision and reproach all the day.

I say to myself, I will not mention him, I will speak in his name no more. But then it becomes like fire burning in my heart, imprisoned in my bones; I grow weary holding it in, I cannot endure it.” 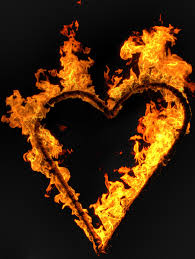 Jeremiah says he was the object of laughter and that he was mocked for speaking boldly about God. He said when he spoke the word of the Lord it brought him derision and reproach, so much so he said he would no longer speak of God. But next he went on to state that the word of God is like a fire in his heart and he cannot contain it and he goes on preaching. Has there ever been a time in your life where because of ridicule, laughter, or just embarrassment you decided to remain silent about your faith? Have you ever felt duped by God because you felt God had let you downin some way?

Let’s dig a little deeper into the world Jeremiah was living in when he felt compelled to believe God had duped him and see if it has any bearing on us today. At the time of Jeremiah he was living in a nation in crisis. Jeremiah was prophesying under the trying circumstances of the final days of the kingdom of Judah some time around 650 B.C.

After the death of King Joshia the old idolatry returned to Judah. Jeremiah opposed this as well as royal policy toward Babylon. Arrest, imprisonment, and public disgrace were his lot. In the nation’s apostasy Jeremiah saw the sealing of its doom. Ultimately Jerusalem was captured (598 B.C.). Jeremiah remained in Jerusalem, but was later forced into Egyptian exile. We do not know the details of his death.

So to recap, here was Jeremiah a devout follower of God. Despite his strong devotion to God, bad things were happening to him. He faced arrest, ridicule, laughter, mockery and ultimately death. He witnessed the over throw of his country by the enemy. I suspect when Jeremiah accused God of duping him he was really thinking that everything should have been good in his life because he was such a devout follower. But it did not turn out that way. 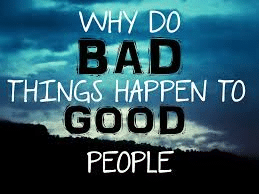 Don’t we feel that way sometimes? We try very hard to do what is right and to respond to God’s calling in our life. We pray, we go to church, we try our best to help others and be there for those in need. Then after doing all these things often we experience all kinds of pain, and sorrow and grief in our life.

Many strongly committed Christians do all of those things I listed above and yet find themselves with financial problems, marital problems, serious health problems, problems with children, children who quit practicing their faith, legal problems, addictions, grief and the death of loved ones.

These things above are personal trials. Then there are the trials of the world we live in today that cause us stress and weigh us down. The issues in the world now are not too different than at the time of Jeremiah. At the time of Jeremiah, Judah seemed like it was coming to an end. They were suffering great persecution at the hands of their enemies. They were being terrorized. Look at what’s happening around the world today especially what is happening to Christians in Iraq. Christians are still being persecuted and killed because of their faith.

So was Jeremiah right? Has God duped us? Should we have expected a life free from pain, evil and strife? Did God promise us a rose garden life? Let look at this quote from Matthew:

“Whoever wishes to come after me must deny himself, take up his cross, and follow me.”

On May 30th of this year Pope Francis addressed this issue. He explained that while Jesus promises great joy, being a Christian doesn’t mean that life will become all sunshine and roses: “We have to tell the truth: not every part of Christian life is a party. Not all of it!” He went on to say that challenges such as illness, having troubles with a family member, a paycheck that doesn’t cover expenses or defaulting on a mortgage and losing one’s home are not uncommon.

He continued by offering hope. He explained further that the joy Jesus promises comes from knowing there is a light at the end of the tunnel, and receiving the strength and hope needed to get through the hard times. Next he quoted this passage from John:

“Amen, amen, I say to you, you will weep and mourn, while the world rejoices; you will grieve, but your grief will become joy. When a woman is in labor, she is in anguish because her hour has arrived; but when she has given birth to a child, she no longer remembers the pain because of her joy that a child has been born into the world. So you also are now in anguish. But I will see you again, and your hearts will rejoice, and no one will take your joy away from you. ”

The Pope addressed the fact that we have many problems but he reminded us that Jesus tells us, ‘Do not be afraid!” He echoed Jesus’ teaching and added this: “Do not be afraid, “be courageous in suffering.” He encouraged us to: “Think about what comes after with the Lord; afterwards comes joy, after the darkness comes the sun.”

Were we duped? No, of course not! We were told we would have a cross to bare. It is easy to get discouraged either by looking around at the hatred and violence and attacks against Christianity in the world, or to look into our own little microcosm at any grief, pain or sorrow we may be dealing with. However we must not let despair and fear win out. Our hope is in the Lord. The miracle of new birth follows labor pains and with that new birth there is new life. We too will experience new life following this earthy existence. There, we are promised eternal joy in the presence of God forever.

It is worthwhile for us to read a second time how Jeremiah finished that passage above: “But then it becomes like fire burning in my heart, imprisoned in my bones; I grow weary holding it in, I cannot endure it.” Jeremiah had to keep proclaiming God’s word. My friends even in our most trying and difficult times we must never grow weary of sharing the consoling words of Jesus Christ. In our hurting and broken world He is the true source of joy. Many people need to hear this message today. 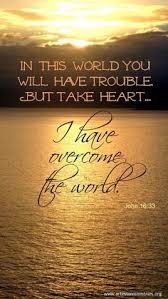 The message we must share is clear. Jesus is real joy! He is lasting joy! He is unshakable joy! He is a joy that will endure the storms of life. Jesus is the joy that can heal broken hearts and the joy that gives new life. John 16:33 says it this way: “I have told you this so that you might have peace in me. In the world you will have trouble, but take courage, I have conquered the world.”

Dear Heavenly Father, there are times in this world when we feel shaken and worn down, please help us to always keep our faith in your Son Jesus Christ and to see Him as the one true and lasting source of our joy, amen.