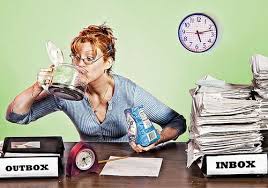 Just like you and me, Jesus had plans too. Each day He had places to go and things to do. The Gospel stories often tell us how Jesus was on His way somewhere when He encountered someone in need. You and I are busy too. We make plans every day. As we go about our day we come into contact with many people. Often we pass them by. Let’s examine four things Jesus did.

“Again he left the district of Tyre and went by way of Sidon to the Sea of Galilee, into the district of the Decapolis. And people brought to him a deaf man who had a speech impediment and begged him to lay his hand on him. He took him off by himself away from the crowd. He put his finger into the man’s ears and, spitting, touched his tongue; then he looked up to heaven and groaned, and said to him, “Ephphatha!” (that is, “Be opened!”) And immediately the man’s ears were opened, his speech impediment was removed, and he spoke plainly.”

“After this, there was a feast of the Jews, and Jesus went up to Jerusalem. Now there is in Jerusalem at the Sheep Gate a pool called in Hebrew Bethesda, with five porticoes. In these lay a large number of ill, blind, lame, and crippled. One man was there who had been ill for thirty-eight years. When Jesus saw him lying there and knew that he had been ill for a long time, he said to him, “Do you want to be well?” The sick man answered him, “Sir, I have no one to put me into the pool when the water is stirred up; while I am on my way, someone else gets down there before me.” Jesus said to him, “Rise, take up your mat, and walk.” Immediately the man became well, took up his mat, and walked.” 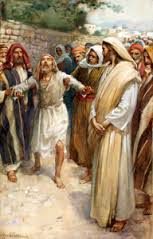 “They came to Jericho. And as he was leaving Jericho with his disciples and a sizable crowd, Bartimaeus, a blind man, the son of Timaeus, sat by the roadside begging. On hearing that it was Jesus of Nazareth, he began to cry out and say, “Jesus, son of David, have pity on me.” And many rebuked him, telling him to be silent. But he kept calling out all the more, “Son of David, have pity on me.” Jesus stopped and said, “Call him.” So they called the blind man, saying to him, “Take courage; get up, he is calling you.” He threw aside his cloak, sprang up, and came to Jesus. Jesus said to him in reply, “What do you want me to do for you?” The blind man replied to him, “Master, I want to see.” Jesus told him, “Go your way; your faith has saved you.” Immediately he received his sight and followed him on the way.”

JESUS TURNED AND SAW HER

“While he was saying these things to them, an official came forward, knelt down before him, and said, “My daughter has just died. But come, lay your hand on her, and she will live.” Jesus rose and followed him, and so did his disciples. A woman suffering hemorrhages for twelve years came up behind him and touched the tassel on his cloak. She said to herself, “If only I can touch his cloak, I shall be cured.” Jesus turned around and saw her, and said, “Courage, daughter! Your faith has saved you.” And from that hour the woman was cured.”

Notice in all of these four passages Jesus was busy just like you and I are. He was on His way to other places when He was presented with people in need. Today in your busyness you will be on your way to places. Notice the one thing Jesus did not do. He did not just pass by! As a result lives were changed.

WILL WE MAKE A DIFFERENCE or JUST PASS BY? 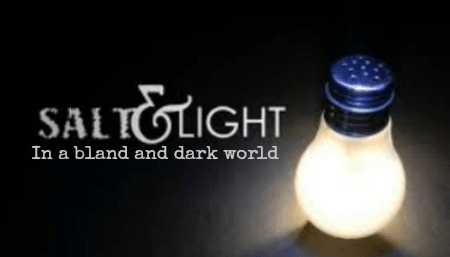 Jesus tells us that we are the “salt of the earth…and the light of the world…” Matt 5:13-14. Salt transforms the substances it is added to. Light brings into vision things which were previously hidden. It brings healing to darkness. My friends please don’t miss this next point. Jesus calls every follower of His to make a difference in the world. Indeed He even gives a severe warning to the one who has received His gift but buries it Matt. 25.24-30.

Jesus gave his apostles both the power and the authority to speak and to act in his name. He commanded them to do the works that he did: to cast out evil spirits, to heal, and to speak the word of God, the good news of the Gospel, which they received from Jesus. He calls us to do the same in our world today. Jesus wants us to teach and to heal and to bring others to Him. Look at what He has to say:

“No disciple is superior to the teacher; but when fully trained, every disciple will be like his teacher.”

“Amen, amen, I say to you, whoever believes in me will do the works that I do, and will do greater ones than these, because I am going to the Father.” 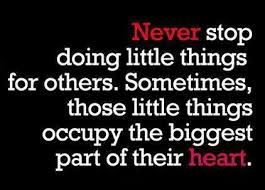 This very day you will most likely pass by many people ……will you stop?Will you make a positive, healing Christianimpact on someone if you do? You can make a difference today. Take time to truly see those around you. Stop, touch them with a smile,speak to them, and heal them with your kindness. Tell them about Jesus!Don’t miss this chance!

Heavenly Father, as I encounter people today, if I am inclined to just pass by someone in need, through your Holy Spirit please make me aware of them and prompt me to take the time to make a difference. I ask this in the name of Jesus Christ, Amen.