In 1955 the first major attack on a US airliner took place. Following that event, the government began new security measures. In 1970, incognito Air Marshals began traveling on selected flights. After the infamous 1988 Lockerbie bombing, airports began to x-ray luggage. In the ensuing time following the 9-11 attack in New York the TSA was created and many new security measures were implemented. Security measures were again heightened following the shoe bomber in December of 2001. In 2006, after there was an attempted use of liquid explosives, liquid containers of more than 3 oz. were banned. The evolution of security scanning advanced until we finally arrived at the full body scanner. 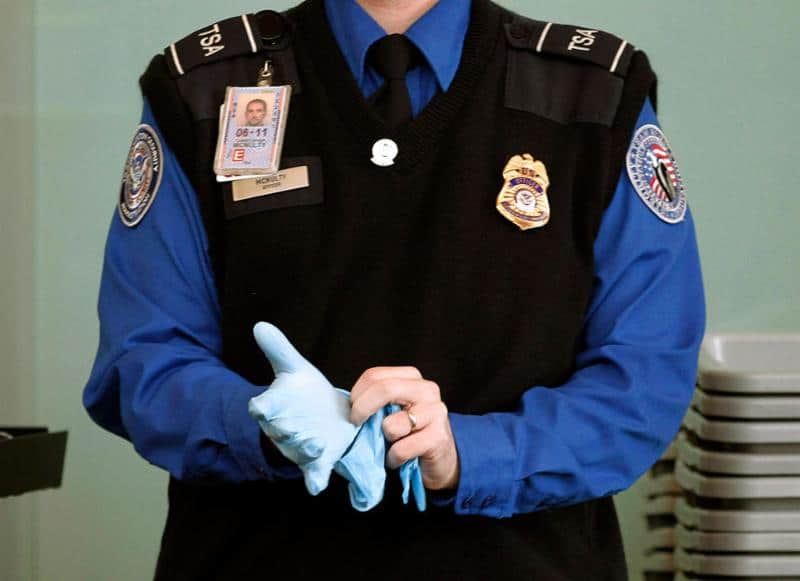 Why was all of this necessary? The answer is simple. Criminals and terrorists continue to find more and more creative ways to smuggle bad things onto airplanes. People have even stooped so low as to conceal explosives and weapons inside of their own body cavities. Wow! Where am I going with all of this? I am simply pointing out the cat and mouse game between bad guys trying to find new ways to sneak things on board followed by good guys making technological advances to thwart the concealment. 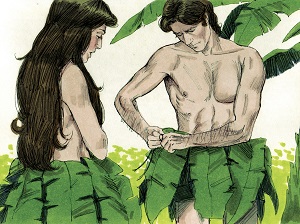 Perhaps there is an analogy for us spiritually. What about us when it comes to our sins? What things do we try to sneak past God? Our human sneakiness began in Genesis with Adam and Eve and continues to this very day. Their attempt to conceal themselves from God with fig leaves is arguably the most humorously bungled attempt to conceal ever. Duh…..what were they thinking? 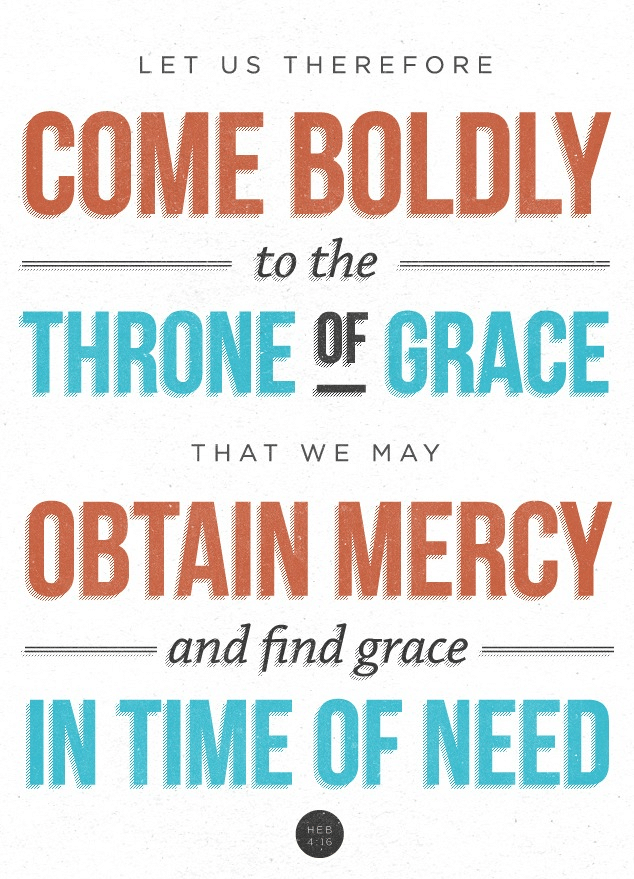 TSA may just now be finding new ways to scan people, but the Bible tells us in Hebrews that God has the most scientifically and spiritually advanced scanning capability of all time. He not only scans between our joints and marrow but more importantly He scans our soul, spirit, thoughts and our hearts. Boy oh boy wouldn’t TSA wish they could do that.

Further reading in Hebrews tells us this: “No creature is concealed from him, but everything is naked and exposed to the eyes of him to whom we must render an account.”Now carefully read this: Hebrew 4:12-16“Therefore, since we have a great high priest who has passed through the heavens, Jesus, the Son of God, let us hold fast to our confession.For we do not have a high priest who is unable to sympathize with our weaknesses, but one who has similarly been tested in every way, yet without sin.So let us confidently approach the throne of grace to receive mercy and to find grace for timely help.”Rightly so, when criminals and terrorists try to hurt us and are caught trying to conceal things and break the law, they are hauled off, prosecuted and imprisoned.Re-read the passage from Hebrews again carefully to see what happens to us. 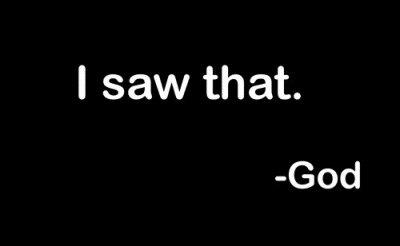 First of all, it tells us that we cannot conceal anything from God. This mean that no matter how creative we get at trying to say sin is not sin, it still is! It seems to me that just like the modern terrorist tries to conceal his dastardly plan we try to convince others and convince ourselves that some of the things we do are not sinful when they are. God scans our thoughts and hearts. Let’s face it, we are all guilty! We have been caught red handed.Now read what it tells us next. We are told that the Son of God is our High Priest and that He can sympathize with our weaknesses. Then it says something REALLY IMPORTANT. It tells us that we should confidently approach God to receive mercy and grace. This is the GOOD NEWS! Yes, even though we are criminals in the court of God, Jesus as High Priest has taken away our sin. We, though guilty of sin, are set free. Even though we are caught in God’s scanner, Jesus opens wide the doors of Heaven for our entry into eternal life. 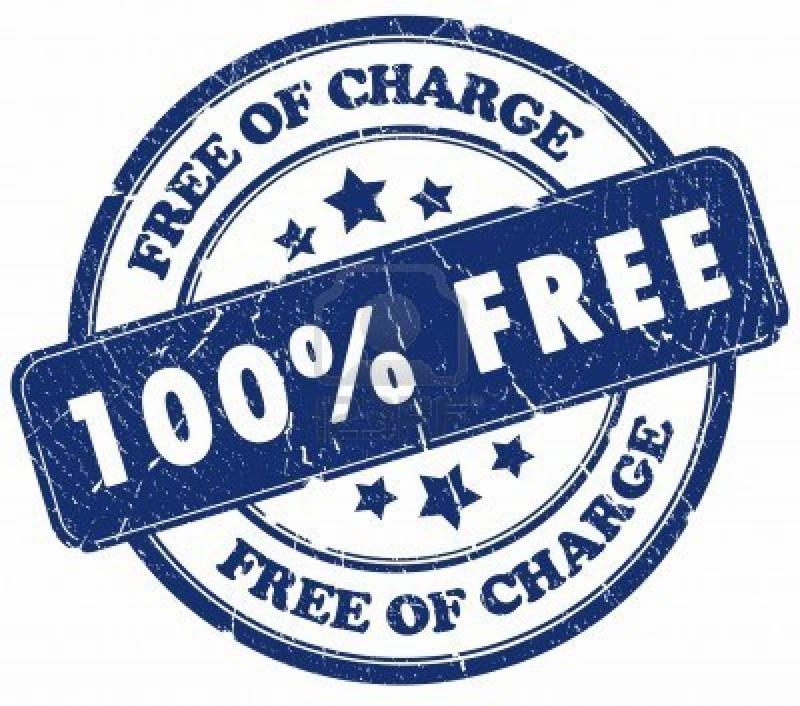 So often I have had the experience of speaking to people, who even after confessing their sins, lack confidence in God’s mercy. Not only do many of us seem unable to forgive ourselves for past wrongs and sins we have committed, but sadly we also lack confidence that God really forgives us too. Our lack of confidence and trust in God’s forgiveness is often a result of centuries of misguided preachers, authors and theologians scaring us with hell, fire and brimstone sermons. Jesus told us that He came specifically for the lost and broken.

There is no excluded class of sin or sinner. We must never forget that salvation is God’s gratuitous gift to us. There is nothing we can do to earn it. We don’t deserve it but He gives it to us anyhow.On October 15th, Pope Francis said; “the gratuitousness of salvation in Christ is so difficult to understand.” He continued by saying “we are used to hearing that Jesus is the Son of God, that he came out of love, to save us and that he died for us. But we have heard it so many times that we have become accustomed to it“. When, in fact, “we enter into this mystery of God, of his love, this boundless love, this immense love“, we are left so “astonished” that “perhaps we prefer not to understand it: we believe that the style of salvation in which ‘we do certain things and then we are saved’ is better’“. “Of course,” the Pope explained, “to do good, to do the things that Jesus tells us to do, is good and should be done“; but “the essence of salvation does not come from this. This is my response to the salvation that is free, that comes gratuitously from the love of God.” 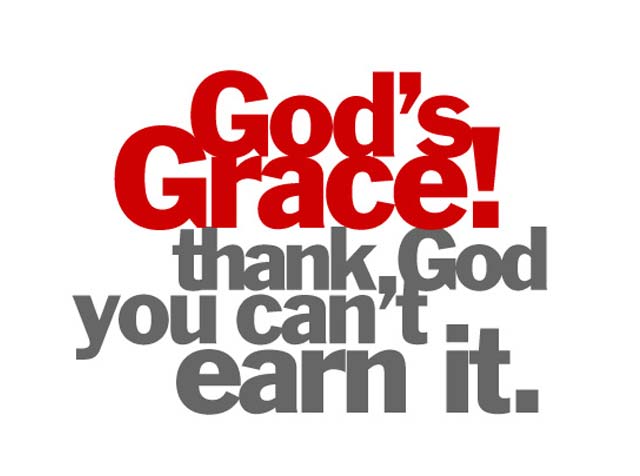 It is my hope that all people can read the Pope’s remarks and learn to have more trust and confidence in our Lord’s mercy and forgiveness. Further it is my prayer that we can also learn to forgive ourselves. Let’s go forth with the full knowledge that all of our sins have already been detected by God’s scanner and we are guilty in His court, but let’s also go forth with confidence in the unwarranted and gratuitous gift of our salvation through Jesus Christ. Amen!