Charlie a retired business executive had been on the church council for years. He was well respected by the congregation and was the council president for the last 8 years. Josh a young business entrepreneur was a relatively new member of the church, having only moved to this city 6 months ago. Josh had already demonstrated an energetic zeal on several ministry projects on which he had served. Josh was a prayerful man, very well studied in the bible and in theology although he did not have a degree in such. Josh’s wife Marta was becoming very involved at the church’s schoolwhere their children attended. Josh recently had been asked to serve on the church council and this was his first meeting. 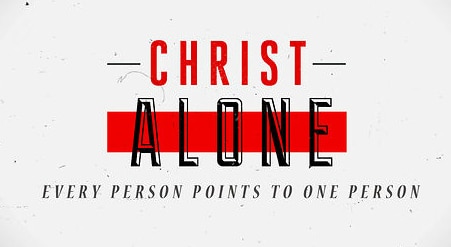 The church Josh and Marta had moved from had a great reputation for being spiritually on fire. Each and every ministry seemed to have at its core the purpose of leading people to Christ. His former church was deeply committed to prayer and scripture study and worked hard to create a  welcoming atmosphere that made the lost and the sinners feel welcome. The school at Josh’s former church was thriving. As the spirituality of the congregation deepened, the members more readily accepted the teachings on tithing and as a result of the increase in the offertory collection the tuition at the school was reduced, making it affordable to all young parents. Josh had been instrumental in much of the planning that led to the success. His advice had really been quite simple; never lose sight of the goal of bringing people to Christ.

The school here at his new church was struggling and in financial trouble. While the members of the congregation were nice people, it seemed that their overall spirituality was luke warm. Clearly the majority of people seemed to come on Sunday to punch their ticket and fulfill their obligation so as to assure themselves entry through the pearly gates one day. In time, Josh hoped he could bring freshness and a renewal to his new church family.

It was 7pm and the church council meeting was just beginning. Charlie, as president of the council, began by welcoming everyone in attendance and immediately called for Shelly, the secretary, to read the minutes. Sarah motioned for approval, Skip seconded. Closely adhering to rules of order, each of the items listed under old business on the agenda were dispensed with. Then Charlie called on the ministry chairpersons for their reports. 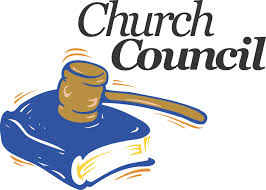 The list of ministry reports read like almost any not-for-profit organization. As Josh sat through his first meeting he observed a disturbing trend. “Where is Jesus in all these discussions?” he mused. The meeting had progressed through the items of “old business” with reports on: the planning for the church’s 50th anniversary celebration, the progress on the new parking lot, the fund raising campaign, an update on the issues at the school, a report on the new ministry to help those addicted to alcohol and drugs, and then finally old business was wrapped up with the vote on whether or not to continue providing free donuts and coffee following each Sunday morning service.

Next the agenda switched to new business. The main concern, especially with the severe cold of the recent arctic blast of freezing weather, was for the homeless. A vigorous discussion ensued with many members expressing their own personal view as to how to best bring about a quick solution to this pressing topic. Some members who expressed ideas were so convinced their idea was the best idea and certainly the only idea worth considering that they shouted down others who offered differing opinions. A significant debate developed. 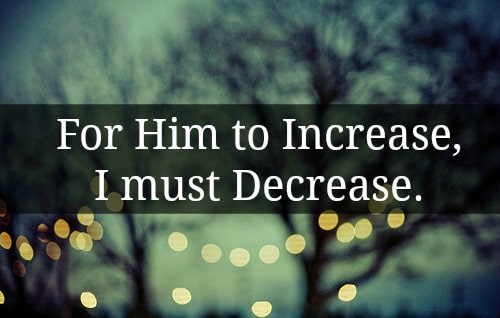 Josh in bewilderment sat quietly and observed the lack of Christ-like civility towards each other. His mind drifted to a Gospel reading he had heard this week. He remembered this from John 3:22-30 “Now a dispute arose between the disciples of John and a Jew about ceremonial washings. So they came to John and said to him, “Rabbi, the one who was with you across the Jordan, to whom you testified, here he is baptizing and everyone is coming to him.” Then John responded by saying: “You yourselves can testify that I said that I am not the Christ, but that I was sent before him.” And finally John concluded with these very important words: “So this joy of mine has been made complete. He must increase; I must decrease.”

Josh could no longer maintain his silence. He raised his hand and when called upon he stood up and addressed the group. He spoke softly but with great compassion for the issues. “My friends” he said, “you all know I am new here and I have sat and listened as our meeting progressed today. I realize the importance of all of the many ministries I have heard reports on. Certainly many of the topics under old business seemed to center on our properties and facilities. But let me ask you this, why do we even have these properties and facilities if not for the purpose of bringing people to Christ?”

Josh continued: “And then we moved on to the new business topic of helping the homeless in this time of cold weather and the arguments began as each of you shared your views as if you were the only one with the right idea.” But it was the next thing that Josh said that brought the room to silence. “My friends I submit to you as important as it is to help the homeless with their physical need for warmth and shelter our calling as Disciples of Christ is so much bigger! You see, we are called to reach those frozen in sin and to bring them to the warmth and goodness of Jesus Christ. Many, many people are homeless. Yes, they are without a church home and family and they are not destined for the eternal home with our Heavenly Father. This is our calling and it is so much more important than all of the other things we discussed tonight.” Josh went on to  point out that he had not even heard the name of Jesus mentioned once in the entire meeting. Josh finished with these words: “Dear friends let me remind you of the opening words in Pastor Rick Warren’s book Purpose Driven Life, ‘It’s not about me!’ No my friends it is not about me and it is not about you, it is about Jesus Christ! Let’s listen to John the Baptist when he says: ‘He must increase and I ……and each of you must decrease.’ You and I are here my friends for one reason to bring the lost to Christ!” And with that Josh sat down.

Dear readers, Josh and the church council above are fictitious, but you and I are real. So let me echo Josh’s challenging questions. What are we doing, each one of us, to promote the kingdom of God? Does the scenario above sound like a meeting you or I might have participated in? Do we sometimes begin to think we are the anointed one, the only one with good ideas? Have we even in our good ministries begun to make it about us?

Many churches including the Catholic Church officially brought the Christmas season to an end on this past Sunday with the reading about Jesus’ baptism. The Monday following the end of the Christmas season is called the first week in Ordinary Time. Even though the church calls this ordinary time, maybe it is the time we are called to extraordinary action. 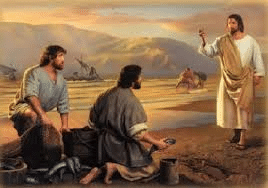 Having just read about the Baptism of Jesus maybe it is time for each of us to consecrate and re-dedicate ourselves wholly to the service of the kingdom of God just as Jesus did. I asked all of my readers on December 24th in my email, “And He shall Reign For Ever and Ever” this question: “If you have been longing for the coming of the messiah this advent season, now that Christmas is arriving, how will you be different the day after Christmas? What will change in your life by making room in your heart for the savior of the world?”

After John had been arrested,Jesus came to Galilee proclaiming the Gospel of God:”This is the time of fulfillment.The Kingdom of God is at hand.Repent, and believe in the Gospel.”As he passed by the Sea of Galilee,he saw Simon and his brother Andrew casting their nets into the sea;they were fishermen.Jesus said to them,”Come after me, and I will make you fishers of men.”

Just like Jesus called his first Apostles, you and I too are called to be fishers of men. Renewed by the Christmas Spirit and refreshed by our commitment to renew our own Baptism can we now rededicate ourselves to our real church and personal calling to reach the lost and the sinners and to bring them to a relationship withthe savior?

In this season of Ordinary Time, from now until Ash Wednesday and the beginning of Lent, let us never forget HE MUST INCREASE AND WE MUST DECREASE! I will close today with these verses from Matthew 28:19-20:

“Go, therefore, and make disciples of all nations, baptizing them in the name of the Father, and of the Son, and of the Holy Spirit, teaching them to observe all that I have commanded you. And behold, I am with you always, until the end of the age.” 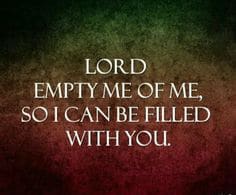 Dear Heavenly Father, please help me to remember that all that I do and in any of the ministries I serve on is about you. It is about the love you showed to me by sending your son to be one with us and to die and rise so that I might have eternal life. Lord please give me humility and help me to see my part as only one part of the bigger church family. Help me to decrease so that you can increase. In Jesus name I pray, amen.