Tonight at midnight 2013 will come to a close. Many activities around the world, like the dropping of the ball in Time Square, will signal the beginning of 2014. Please pause for a minute sometime today and ask yourself this question; “did I give my best to God in 2013”? Let me ask you one additional question, is that what you think God wanted from you, “your best” or instead does He want all of you, your best and your worst? In other words does he simply want you?

In the pre-Christian era in order for people to approach their pagan gods, they first had to prove themselves worthy. They were required to make some sort of offering to get the gods attention. The Romans believed that gods controlled their lives and, as a result, they spent a great deal of their time worshipping them. Holidays gave people the opportunity to visit the temple for whichever god was being celebrated. At this temple, priests would sacrifice animals and offer them to the god to appease them so that the person could then make their personal request of the god. 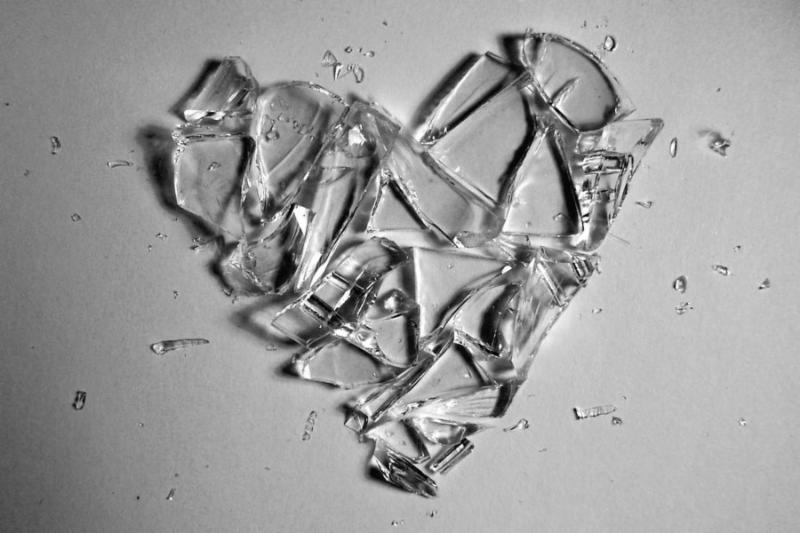 Is this how you still view God today? Do you feel you can only approach Him after you have made amends for something you did wrong or only after making some sacrificial offering to get His attention? Have you ever felt too unworthy to approach God? Do you feel like you must first get everything right in your life before you can answer God’s call to discipleship? Perhaps one of our favorite Christmas songs helps to perpetuate the point of view that God will only smile at us if we give our best? 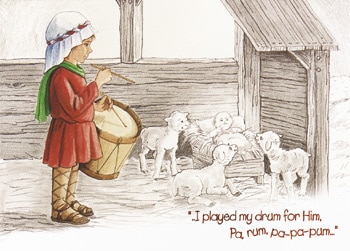 In the song, would God have smiled at the little drummer boy if he played a little off key? What if after years of practice,the little drummer boy had his worst drum solo ever at the birth of the Savior, would God still have smiled at him because He knew he tried his best? Contrast the view of the pagans towards their gods to our Christian faith. On Christmas day, God allowed His only son to enter the world to eventually be sacrificed. That’s right; God did not first call us to sacrifice, He instead became the sacrifice. He did not wait for us to prove ourselves worthy; no He came into a messy world because He loves us that much.

We are still in the Christmas season and before we too hastily pack Christmas away in the attic, let’s spend some additional time absorbing what really happened on Christmas day. Jesus the baby was born in a cave that smelled like manure, and even more so He showed up in a world that smelled like manure. In other words, God chose to show up in a world that, can at times, be a gross disgusting pit in order to save us. His love knows no bounds. Perhaps at times your actions and my actions have contributed to the stench of our world. Rest assured there is no stench that could keep Him from desiring to save us.

It has been said that two of the top locations to visit in the United States are Disney World in Orlando, FL and Las Vegas, Nevada. Now let’s be clear about something prior to Walt Disney, Disney World was a swamp, and prior to mobster Bugsy Siegel Las Vegas was just a desert. If these two men can change a swamp and a desert into thriving resort towns, just imagine what God can do with a broken world…..and with you and me. 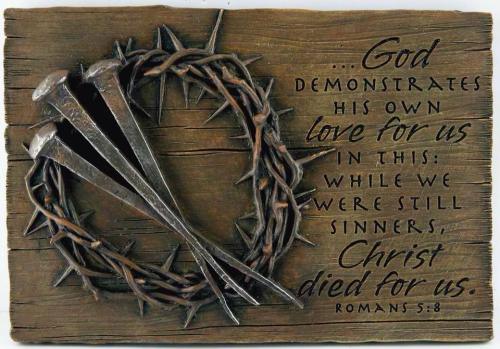 You see the Christmas story is a story of God’s love for us not a story of how faithful we are to deserve that love. God’s goodness is what it is all about. God chose a broken world to come into precisely because it was broken. Our world and all of us in it needed to be repaired. It should be reassuring to all of us that Jesus is the master carpenter and He is capable of repairing any mess.

“For Christ, while we were still helpless, yet died at the appointed time for the ungodly. Indeed, only with difficulty does one die for a just person, though perhaps for a good person one might even find courage to die.But God proves his love for us in that while we were still sinners Christ died for us.”

Do you find it more than coincidental that Jesus chose to be born in Bethlehem? Bethlehem in Hebrew & Aramaic means House of Bread? Furthermore, in Bethlehem He was born in a manger, a sloppy, messy feeding trough in a disgusting broken world. The manger was a place for cattle to be fed and that is where He chose to enter the world to feed us. John 6:35 tells us:

“Jesus said to them, “I am the bread of life; whoever comes to me will never hunger, and whoever believes in me will never thirst” 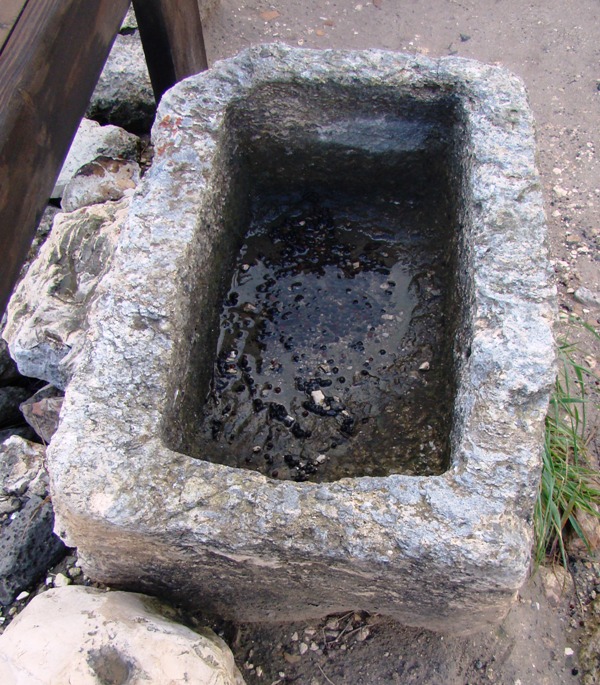 Encarta dictionary defines the word epiphany as “a sudden intuitive leap of understanding, especially through an ordinary but striking occurrence.” As we make are way through the Christmas season on our way towards Epiphany Sunday, perhaps we need an intuitive leap of understanding. What better time for an epiphany of our own than on the first day of a new year. Jesus wants so much more than our best. Jesus wants us as we are, mess and all. We need to let Jesus enter into the mess of our life. He can fix things. Jesus could have chosen to be born somewhere else. A manger is not a cute crib; it is a disgusting, cow saliva, germ invested, feeding trough. So we know there is no place too disgusting for Jesus to come into.

God wants us as we are. He knows our faults. Let’s not wait another day. Allow Him to enter into perhaps the messiest manger of all……. our lives and our hearts. Then today at the start of a new year we can sing:

Today’s email was inspired by and I drew from a homily I heard online by Fr. Mike Schmitz from Newman Catholic campus ministries.