I spent this entire past week in Philadelphia at the World Meetings of Families. This meeting is held somewhere in the world every three years with the intent of bringing a spotlight back on the family as the most important, God ordained structure in society. There were many great speakers at this event both Catholic’s and non-Catholics.

The culmination of the event was the address by Pope Francis and The Papal mass on Sunday. An estimated 20,000 people attended the meeting an an estimated 1.5 million people attended the Pope’s mass. The messages of all of the speakers were unified in regards to our need to reject the modern trends and to only see the family as what God designed it to be. There was also a call for all Christians to seek a sense of unity. 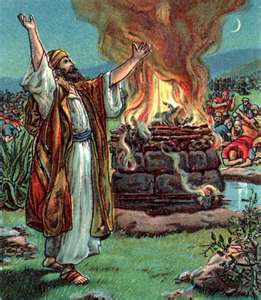 One of the speakers spoke about 1 Kings 18. I would like to expand and dig deeper into this passage. 1 Kings 18 provides us with a rather humorous account of a confrontation between Elijah, the one prophet of the Lord, and the 450 prophets of Baal. It seemed the odds were stacked in their favor. You could say that public opinion was on their side. A lot like today where it seems public option is stacked against the family.Elijah puts forth a contest between their Gods. The prophets of Baal are to prepare a bull on their altar as will Elijah and each will call upon their God to bring fire down onto the offering. Elijah allows the prophets of Baal to go first.As the day goes by and no fire comes down from Baal, Elijah taunts them and even makes fun of Baal suggesting he is “on vacation” or in the “bathroom” (doing his business) and that is the reason he is not raining down the fire. Ultimately the prophets try hopping around their altar to no avail as they worship their false god. 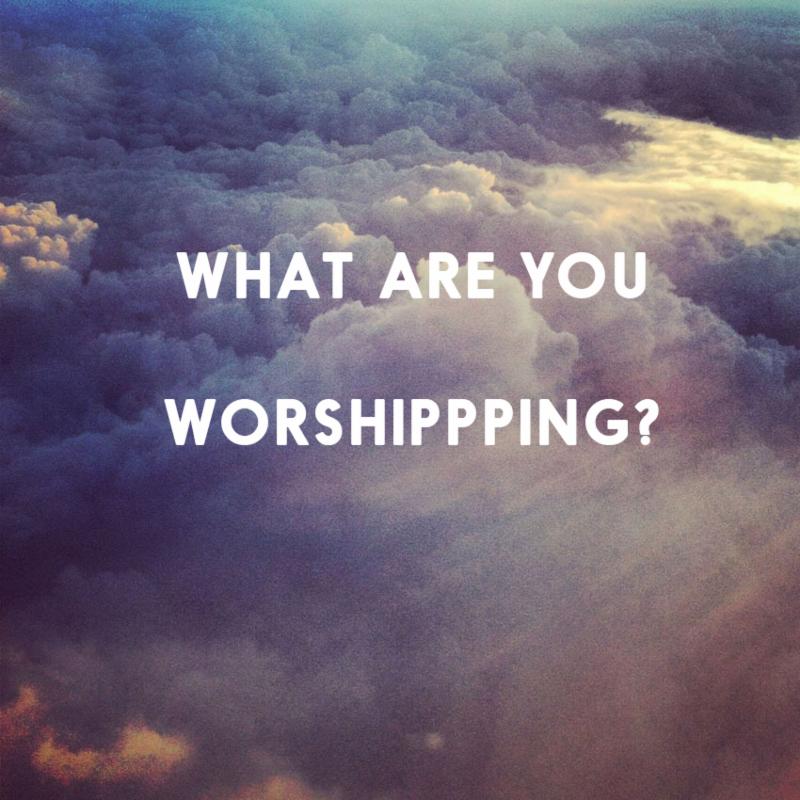 What false gods are we worshiping, especially as it pertains to marriage and the family? Are we hopping around some altar hoping that our false gods will bring us pleasure and joy? We can all hop around chasing the false gods of sex, wealth, fame and power. Here today my focus is on the false gods that creep their way into family life.Today’s focus on the prophets of Baal would be more humorous if it did not strike so close to home for all of us. How silly must we appear to God as we chase after our false gods of pleasure?In Genesis we read “let us make man in our image.” What is extremely important in the passage is the words “us” and “our.” Already here in the beginning of Genesis we see a reference to the Trinity. Our God is a triune God and as such God is in perfect relationship with Himself.Eph 1:4 tells us that God chose us as the bounty of His love even before the earth was created. So we know He loves us and designed us in His image. 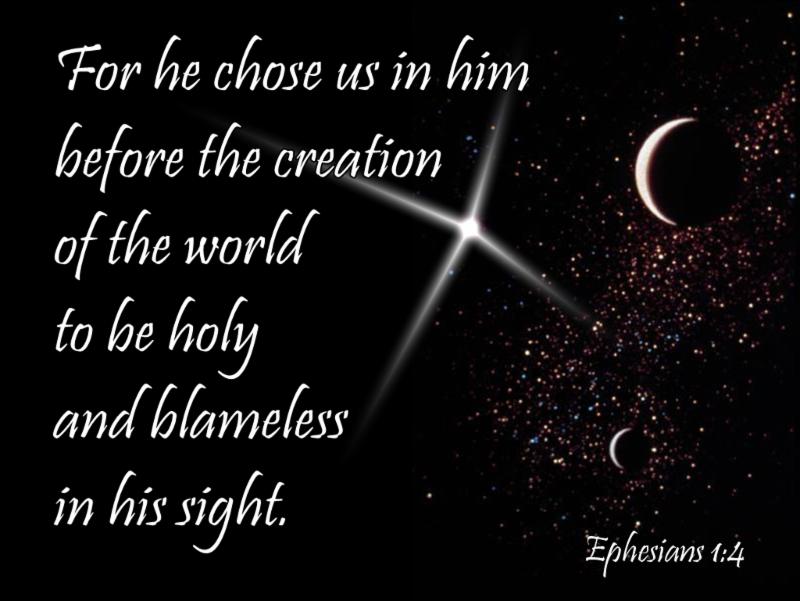 Just like the Father and the Son and the Holy Spirit are in perfect community with each other, we are made in that image and by God’s design those of us called to the vocation of marriage are called to the perfect relationship of Husband, Wife and Children. Through the sacrament of marriage a husband and his wife are given the opportunity to be co-creators with God of a new eternal life.The co-creative, and procreative act of marital sex allows a man and a woman because of their complementary sexuality to bring a life into the world and that new life will live on for all of eternity. The distortion that we humans have brought to the marital act of sex must appear as ridiculous to God as the prophets of Baal hopping around their altars. 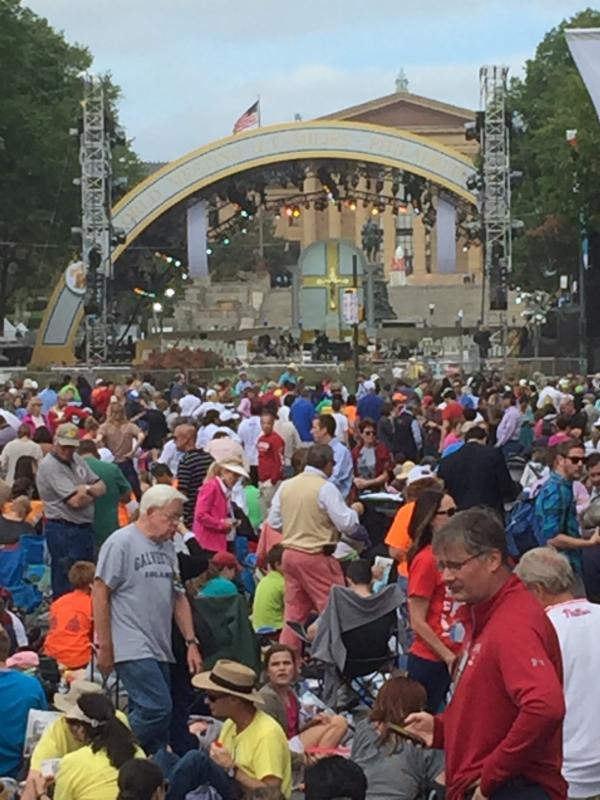 The use of artificial contraception rather than the use of the God designed woman’s natural cycle of fertility is one way we hop around. Aborting babies by the millions is a way we hop around. Men marrying men and woman marrying woman is another way we hop around. Absentee parenting is another way we hop around. Sex purely for the pleasure aspect of sex, with no regard for the procreative aspect of sex is another way we hop around. Sex outside of marriage is another way we hop around. Trying to see our genders as the same in all aspects and choosing not to recognize that God designed different roles for men and woman is a form of hopping around. Choosing the number of children we might have for our convenience rather than discerning God’s will for our life and seeking God’s desire for the number of children He wants us to have is another form of hopping around. I am sure even more items could be added to my list.Each of the things I mentioned above take us away from the perfect covenantal unitive relationship and the triune aspect of husband, wife and children. None of the above sinful acts are beyond God’s ability to forgive. The key though, in seeking His forgiveness, is to repent and be changed. If any of us are engaging in these things maybe if we see ourselves like the prophets of Baal, and maybe if we see how ridiculous we must appear before God, perhaps we will stop hopping. When we do stop these things the fire of God’s love will envelop us just like the fire enveloped the offering by Elijah. 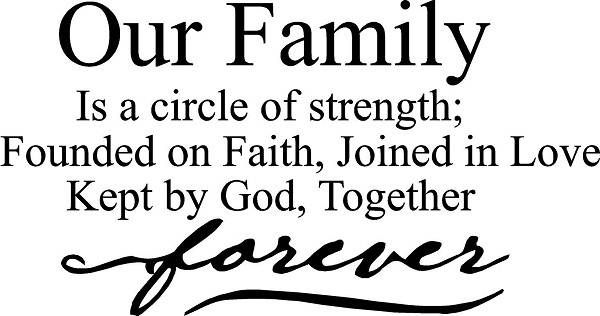 Let’s strive to bring sanctity back to marriage. Let’s reject any attempt to redesign marriage into something other than what God intended. Let’s reject the modern notion that marriage is just some type of sexual playground with no responsibility towards procreation. In the end let’s choose to be as God intended us to be “made in His triune image.” Amen?When it comes to marriage and family how are you hopping around and avoiding God’s teachings?