Did your parents ever repeat this phrase to you as you were growing up: “HOW MANY TIMES DO I NEED TO ASK YOU TO ____________?” We can fill in the blank with a hundred different things they asked us to do. If you are a parent, how many times have you repeated these same words with your own children? 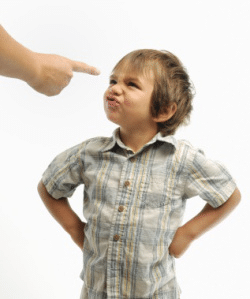 Matthew 4:18-22, Mark 1:16-20 and Luke 5:4-11, all render accounts describing the call of the first Disciples. A quick reading of these verses might lead you to believe that Jesus, while walking along the seashore, called out just one time to Peter, Andrew, James, John and they instantly dropped everything they were doing and they followed Him. Here is just one example from Matthew 4:19-20 He said to them, “Come after me, and I will make you fishers of men.” At once they left their nets and followed him.”

Have you ever pondered this question: “Why did they so quickly give up everything and follow this stranger?” Unlike when our parents called us to do something over and over again, it appears Jesus only had to call once. Is that what really happened?

If we give additional thought to this query it might cause us to question the level of our own faith. Why haven’t we so quickly and so easily abandoned everything to follow Jesus after just one call? How many times has He had to keep calling us? Before we beat ourselves up for being slow to answer His call, let’s dig into this a little further and see if there are some important lessons to be learned. 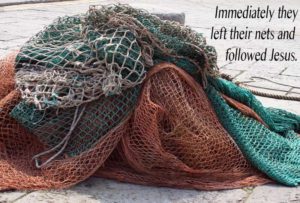 To make sense of what appears to be the instantaneous reaction of these first Disciples, we must look at their response in light of all four Gospels, not just the three Synoptic Gospels. John’s Gospel sheds some additional important details.

In John chapter 1 we read that John the Baptist had this to say about Jesus in verse 29: “Behold, the Lamb of God, who takes away the sin of the world.” And then he said this in verse 34: “Now I have seen and testified that he is the Son of God.” What significance does this make? By reading on just a little further we discover that Andrew was a disciple of John the Baptist: “Andrew, the brother of Simon Peter, was one of the two who heard John and followed Jesus.” Now take a look at what Andrew does: “He first found his own brother Simon and told him, “We have found the Messiah.”

To put this in what appears to me to be chronological order John the Baptist had not yet been arrested when both Andrew and Peter first began to follow Jesus. This took place perhaps a month or so before Jesus called them from their boats. It is in Mathew verse 4:18 that Jesus calls Simon (Peter) and Andrew from their nets, but just 6 verses earlier we see that by this time John the Baptist had already been arrested. So the encounter with Jesus at the sea was not their first encounter with Him.

So what is going on here? A careful reading of the Synoptic Gospels in light of John suggests that Andrew and Peter and maybe Philip and Nathaniel and possibly even James and John were to “some extent” already following Jesus before the well-known “call from the boats.” Perhaps, although they knew of Jesus and had heard The Baptist tell them that Jesus was the Messiah, they may have still either harbored some doubts or as new disciples had only a tepid belief. Maybe these early followers of Jesus had more in common with us than we think. Perhaps their early response to Jesus sounded something like this: “Sure we will come listen to you on the weekends but we are going back to our fishing business during the week.”

So with this underpinning, can you see that the calling of the disciples at the sea shore may have gone down more like our parents calling us to do something more than once? Maybe, just maybe, Jesus actually said this: “Guys how many times do I need to ask you to follow me?” Perhaps it was only after this umpteenth call that they “immediately” left everything behind and as we say today: “burned the ships and never looked back.”

Perhaps it is time to reexamine our response to the call of our Lord. Maybe Jesus did call the early disciples several times before they were “all in” as true followers. But this does bring us to the big question and that is: “Are we all in as followers of Jesus?” 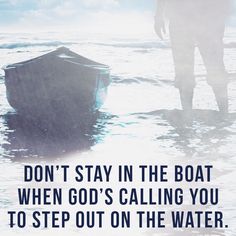 All four Gospels make it clear that there eventually came a point that the disciples made a radical change in the direction of their life, dropped what they were doing, and from that time on remained as Jesus’ true Disciples.

What about you? Have you fully answered the call? Are you still fumbling with your nets and fishing poles? Is it time to more fully follow the one who has been patiently calling you? It is up to each one of us to respond.

Heavenly Father, please help me to follow your Son you with the same enthusiasm and commitment that the early Disciples had, help me to leave my nets behind and follow Jesus, amen!

Latest posts by Brian Pusateri (see all)
← Was Blind But Now I SeeCan You Drink The Cup? →