When things are going really well in your life do you fail to make time for God? Sure almost all people turn to God when times are difficult. There is the old saying: “There are no atheists in foxholes,” in other words, in life’s most difficult circumstances, like war with the possibility of imminent death, even non-believers turn to God. What about in times of abundance, do we forget God then? 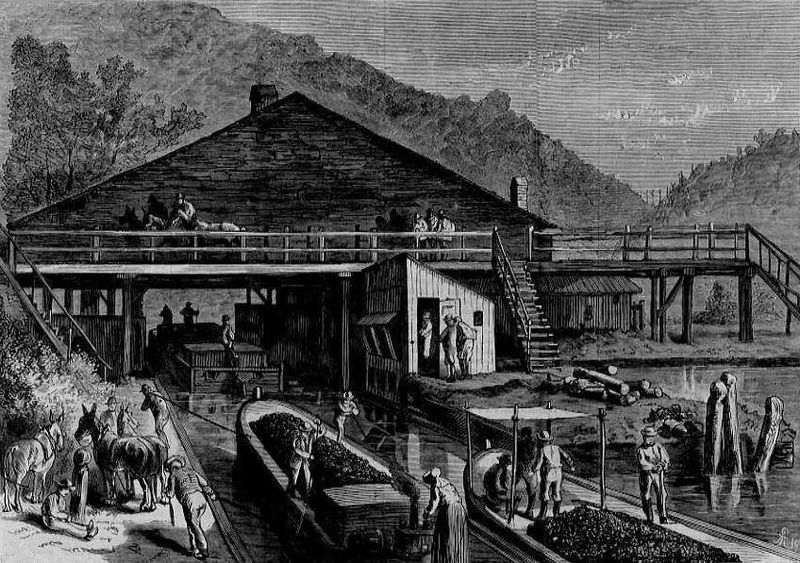 Allow me to share a metaphoric story based on a neighboring town just 5 miles from where I grew up to make my point. Other than the people who grow up and live in North Central Ohio near the shores of Lake Erie in between Cleveland and Toledo, very few people have even heard of the tiny town of Milan, Ohio. It almost wasn’t that way; for a short period in time Milan seemed destined to be a great city. Circumstances both within and outside of its control changed everything. Today Milan is mainly noted for being the birthplace of Thomas Edison but at the time of young Thomas’s youth it was known for the Milan boat basin, the Milan Canal and for ship building.

In 1839 the Milan Canal opened and from 1840-1867. Milan, Ohio was a booming city. In 1845 Milan was the largest inland port on the great lakes. Farmers brought grain from all over Ohio to this southern-most inland port with access to Lake Erie. With its new canal, over 20 ships a day were loaded with wheat destined for around the world. It was also a busy ship building town. Approximately 60 Schooners were built in Milan during these years of glory. But now there is no water in the old basin and no longer a canal. What happened to Milan and can the same thing happen to our spiritual life?

Despite Milan’s rapid success, storm clouds were already gathering on the horizon and everybody was either too busy to see it coming or too confident to worry about it. The railroads had finally come to Ohio and they were working day and night to lay new tracks into previously ignored farm communities throughout north central Ohio. Every new track that was laid was like a spike driven into the heart of the Ohio canals including the Milan Canal. Profits from the canal quickly dried up. 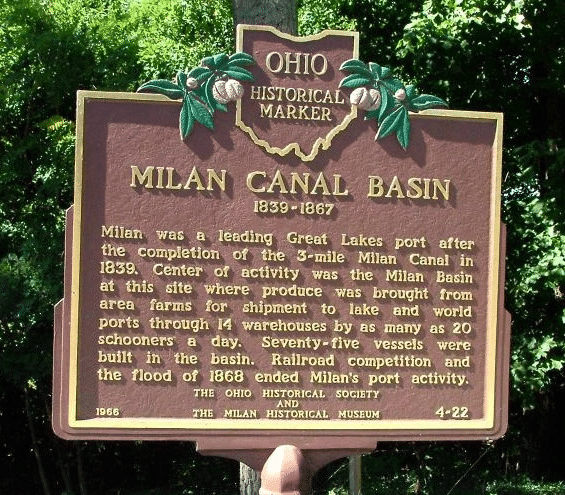 Local business people began to see the potential profits from this new mode of transportation so they tried to raise money to build their own railroad. However, with the financial losses from the canal fresh in the investors’ minds, they could not raise the necessary funding and eventually the railroads simply bypassed Milan with their trains, going instead to Norwalk and Sandusky and taking the shipping business with it. Milan’s fate was sealed. Finally in 1868, the canal’s feeder dam failed due to a flood, permanently ending Milan’s direct connection to the lake. Eventually, Milan returned to its roots as a quaint inland village in northern Ohio.

Today the old boat basin is gone. The water has been replaced with grass and concrete. What was alive and vibrant is now dead. Are things going pretty well in your life today? Are you giving adequate time to God? If you are currently enjoying success in life? Are you being boastful or are you grateful and give all the credit to God? Job 1:21 reminds us “the Lord gives and the Lord takes away“.

The people in Milan had ample opportunity during the good times to prepare for change but they ignored those chances. Eventually when bad times hit it was too late to save the town. Could there be storm clouds in your future? Maybe now is the time to fortify your relationship with God. Maybe it is as simple as adopting an attitude of humility. It is often during times of success and plenty that we allow sin to creep into our lives. If we don’t pay attention, just like Milan ignored the coming of the railways, bad things can happen to our souls. 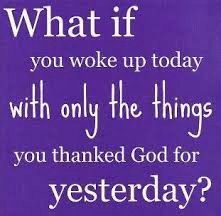 If we don’t develop and work on our relationship with God during the abundant times in life, what will we do when, just like in Milan’s case, the proverbial damns of life crumble and “all hell breaks loose”? Milan’s days of glory are in the past; our days of eternal glory are ahead of us unless we fail to direct our mind, body and soul to God’s calling in our life.

The Bible gives us these two important verses to remember in good times:

“All good giving and every perfect gift is from above, coming down from the Father of lights,”

“In all circumstances give thanks, for this is the will of God for you in Christ Jesus.”

Will we allow the living water of Christ to dry up in our life? Will we allow God’s grace in our life to become as dry as the Milan boat basin? Will our souls suffer the same fate as the canal? The decision is ours. Let’s never forget to humble ourselves to our creator, to give Him thanks for all we have and to constantly make time for Him in our lives. 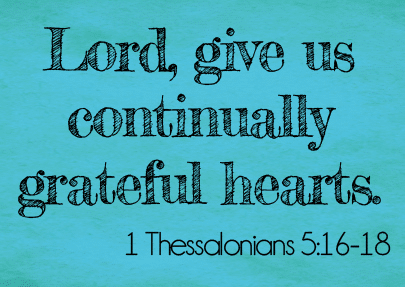 Dear Heavenly Father, you are the source of all the blessings in my life. Please instill in me a spirit of thanks and gratitude for all that you have bestowed upon me. Never let me lose sight of you when everything in my life is going well. I know there may be storm clouds in my future, so please help me keep my faith deeply rooted in you, Amen!